The American designer brings some architectural genius to PFW

One of the key signatures of the Californian designer’s instantly recognisable aesthetic is the architectural brilliance he always brings to his clothes.  Sometimes it’s a literal jaw-dropping experience.  As so it was with the Rick Owens men’s AW23 collection at Paris Fashion Week.  We were again shown all the reasons why Owens, as an American as apple pie designer, has been so fully embraced and feted by discerning European high fashion culture. 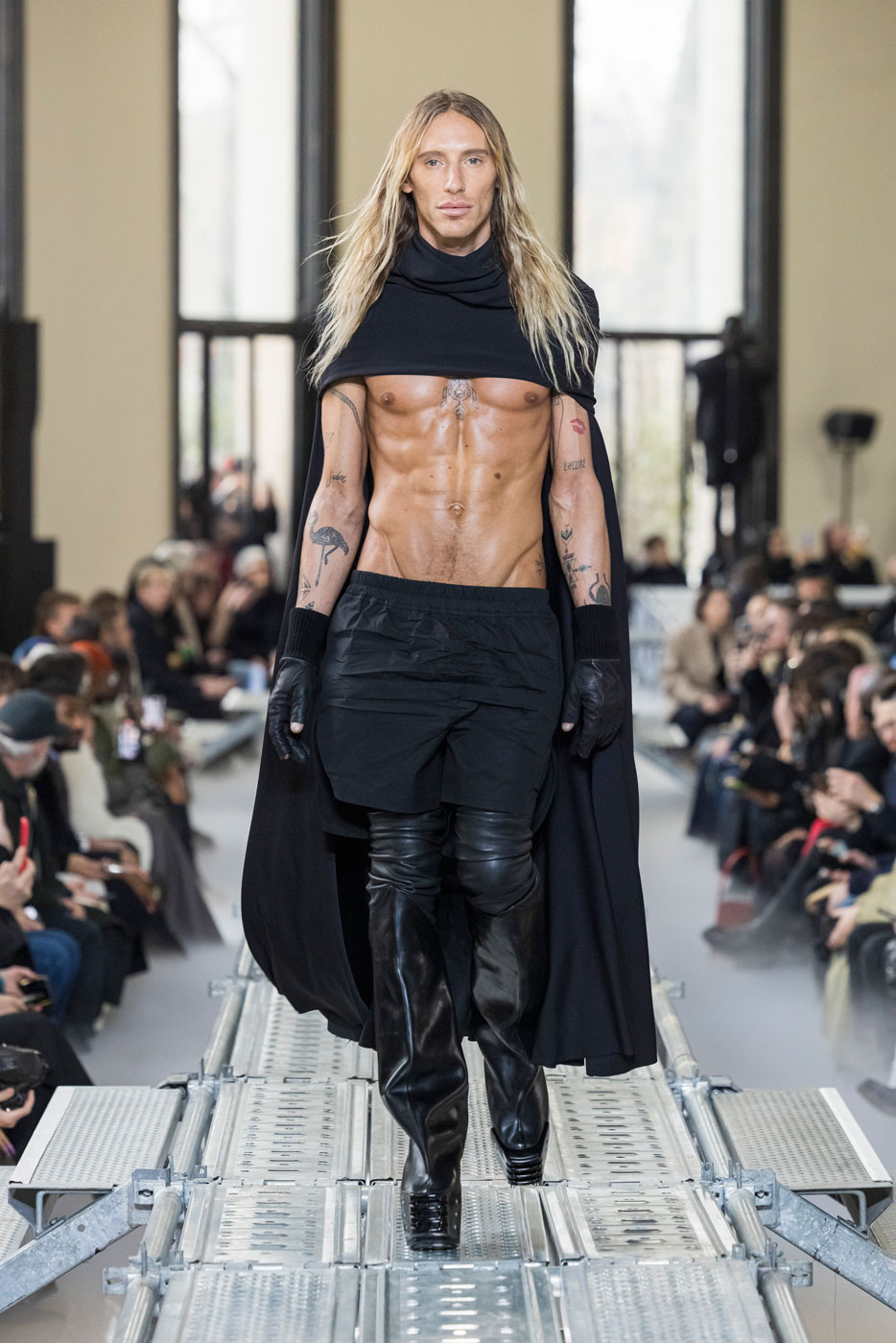 The ‘silhouette’ is oft talked about in fashion, but the Owens version is perhaps the only one you could see in matt black outline on a piece of paper and still immediately identify the designer.  For the coming winter those silhouettes are going to be long, angular and striking – slim through the waist and often flared through to the ankles; a Victorian influence on Owens that he reimagines with a starkly futuristic approach. 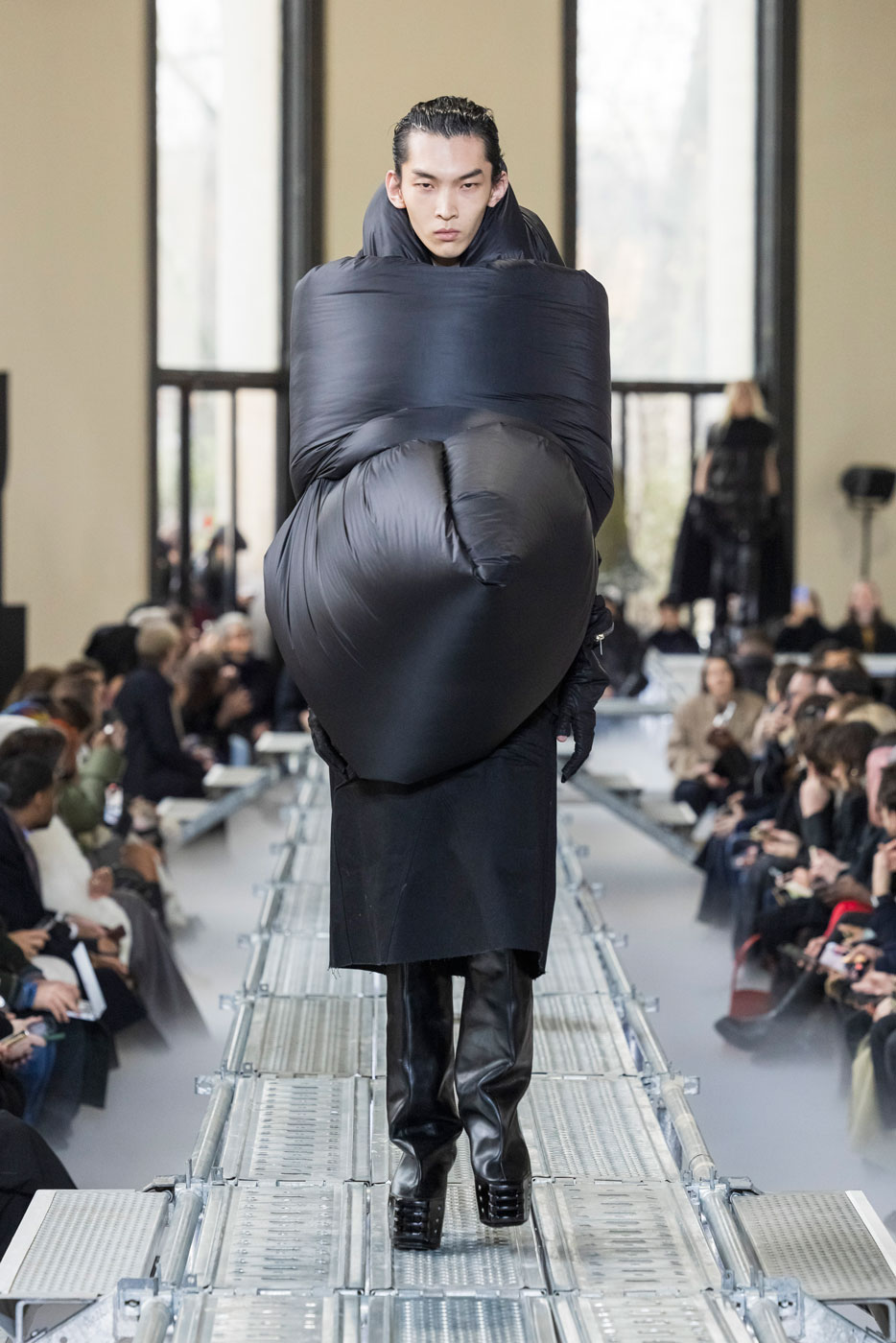 Sleeveless jackets with oversized angled shoulders, worn with short shorts and towering thigh-high platform leather boots with clear block heels.  Super puffer gilets worn with slim pencil skirting.  Dramatic gothic capes.  Extravagant spike-shouldered selvedge denim blousons.  Winter coats with collars so massive you might start to lift during a brisk walk.  These are clothes not just made to turn heads, they’re made to marvelled at and studied for their ingenuity. 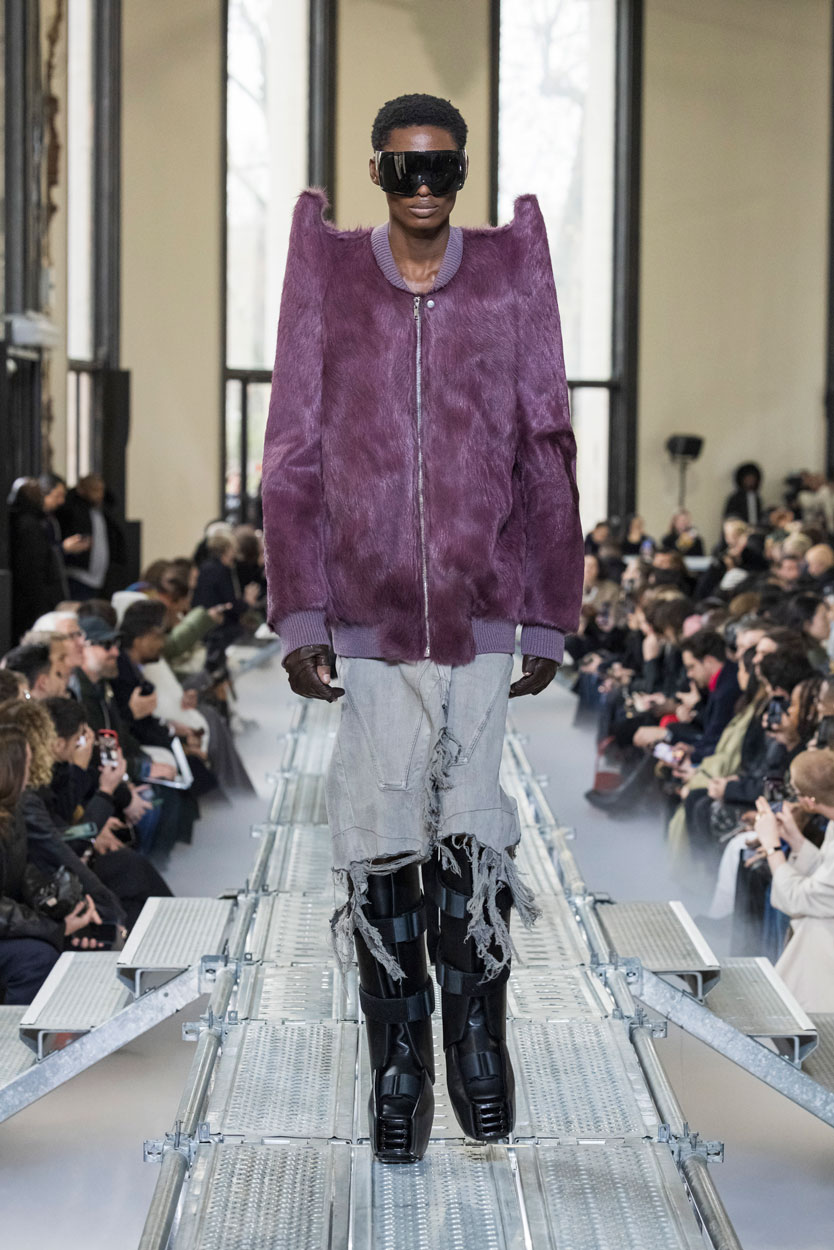 And, you can have them in any colour you want – as long as it’s black (almost).  There were the occasional chocolate browns, lime greens and Paisley Park purples – as with long-haired cowhide zipped jackets – and the occasional flashes of deconstructed blue denim.  But black told its own story on the catwalk. 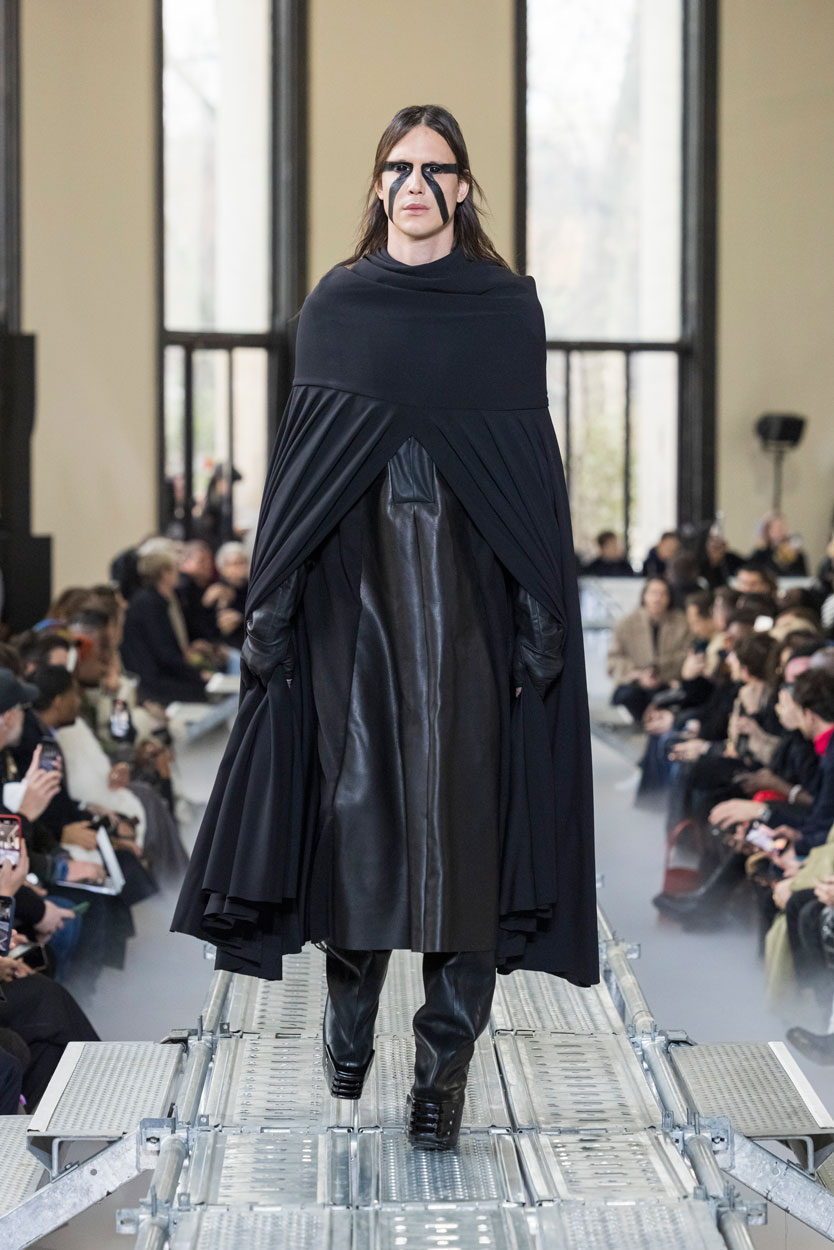 The other story being told was in the commitment to the ethical and green principles of the manufacturing of the clothes on display.  Recycled materials, natural pigments, water purification and re-use, certified organic cotton and local artisanal mills are just some of the techniques the were brought to bear in the creation of this vision.  Behind the scenes to the front of house, Rick Owens AW23 on our streets and in our nightclubs this winter will be modernist futurism at its best. 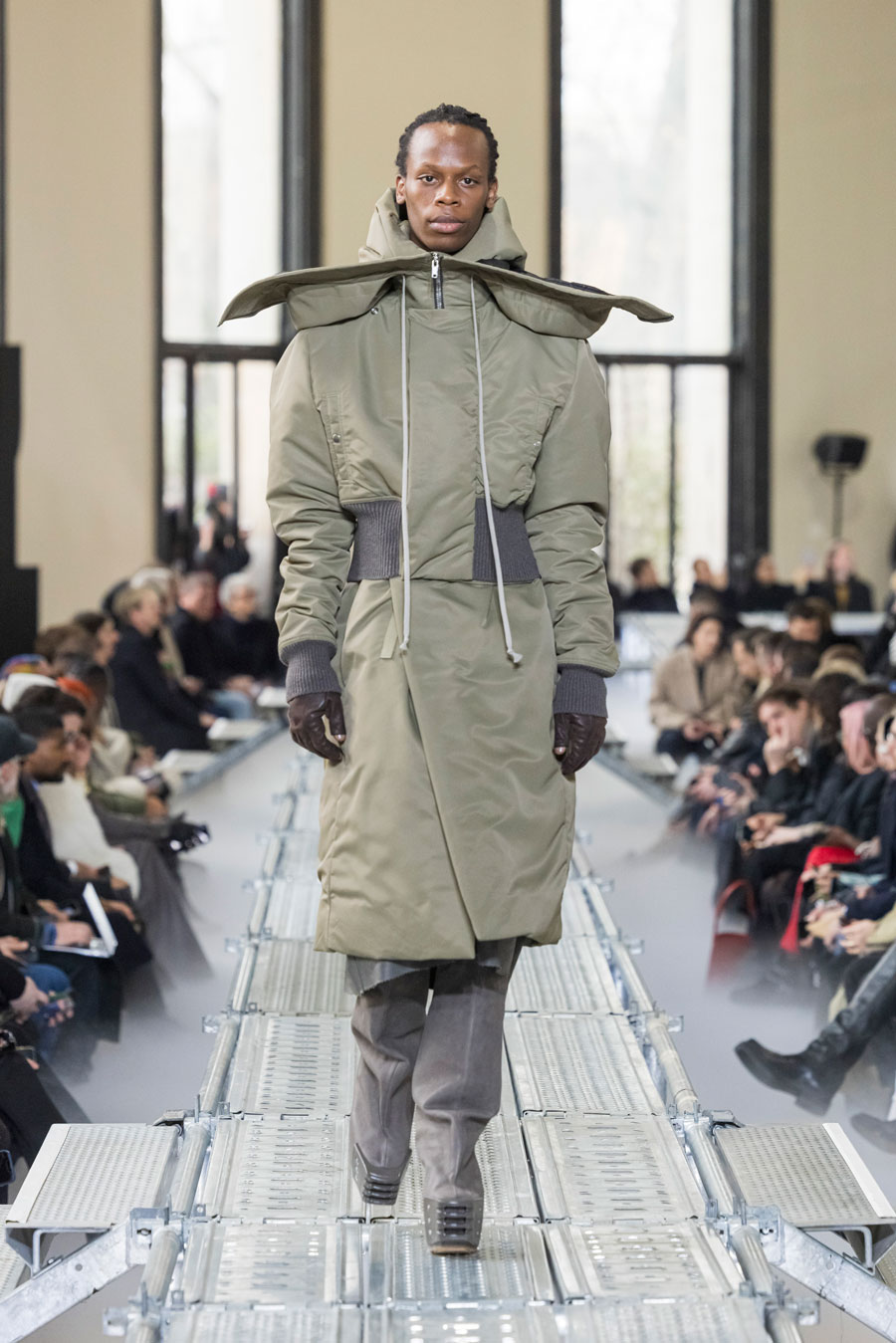