Qasimi – Between Ashes and Roses

For London Fashion Week Mens we wanted to pick out a British designer that has consistently been telling interesting stories over the past few seasons.  Particularly with the stories told over the Covid era so there could be a clear narrative to follow as we had out of that into a new era.  The Qasimi show for S/S 2022 brings us that ‘Phoenix rising from the flames’ feeling, with a collection showing both familiar and new ways to express yourself with colour, cut and form.  Showing both women’s and men’s pieces, the title of the collection, Between Ashes and Roses, seems to pointedly hint at the period of transition that we’re in at the moment.  The title comes from a poem by Syrian poet Adunis and the Qasimi collection again draws from the middle-eastern heritage and experiences of the label’s creative director, Hoor Al-Qasimi. 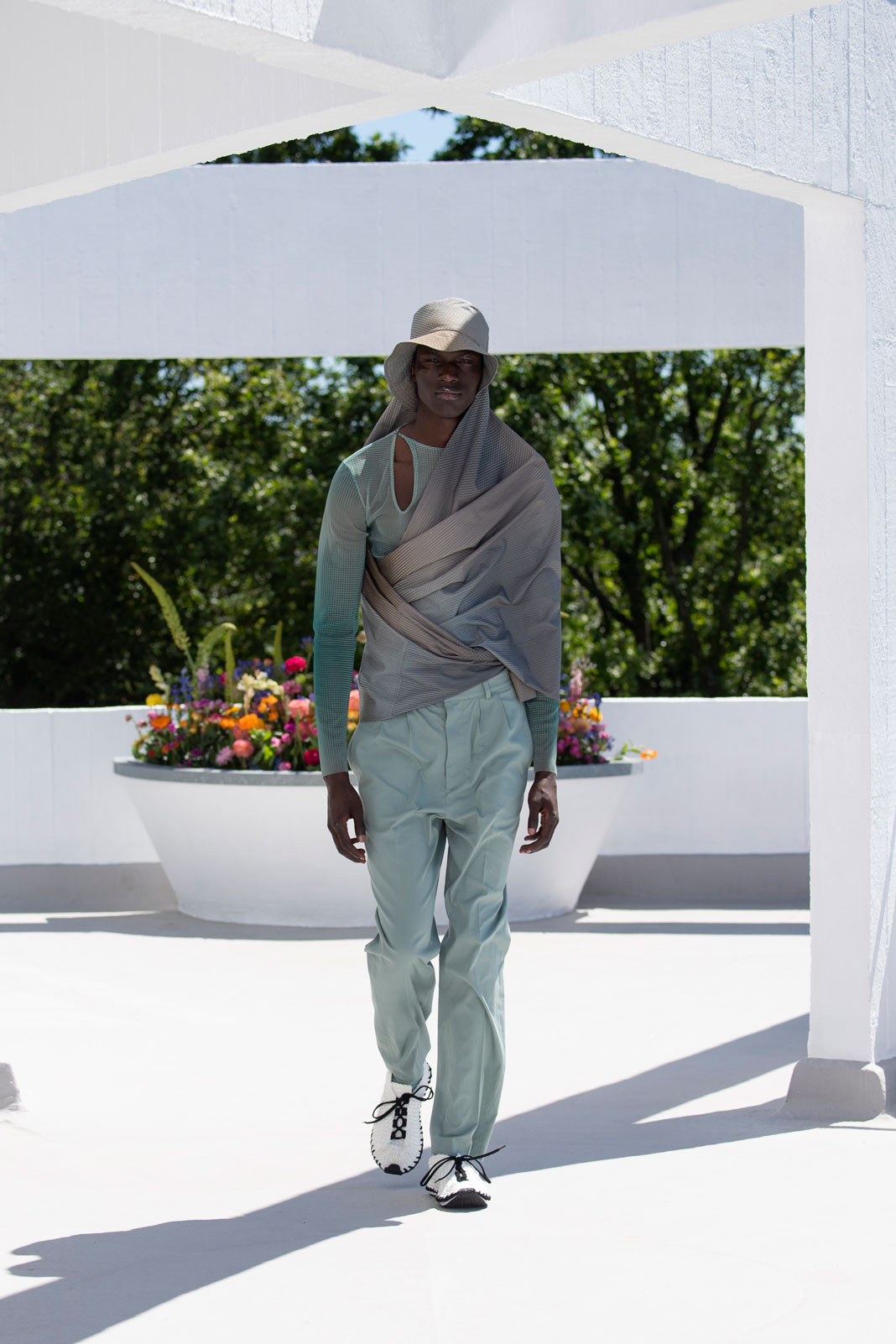 Shape, silhouette and tone are the foundations on which everything is built for Qasimi’s 2022 summer.  Everywhere there were nods to Islamic architecture juxtaposed with more modernist creative aesthetics.  Pieces that were heavily steeped in traditional lines – like the wraps that snaked around the body or the jacket and shirts tied at the hips – came in bold, non-traditional colours and patterns that visually brought east and west together in subtle and clever ways.  When the collection leaned more modernist, we were treated to graduated colours and graphic elements that told its own stories from a distance and from close-up. 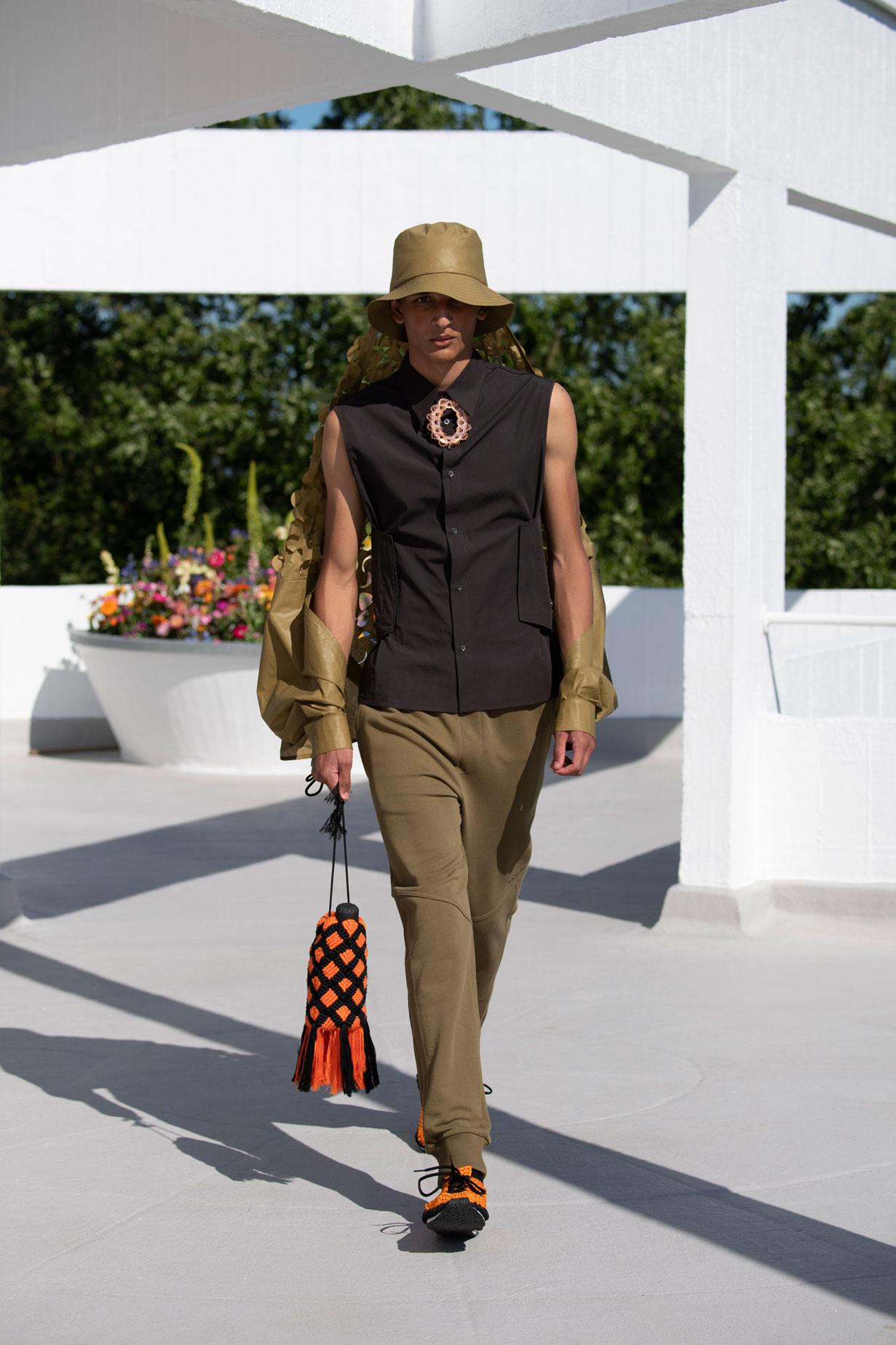 For women, the tailoring was cinched at the waist on the jackets, with strong shoulder construction, but paired with loose, comfortable drawstring trousers to, again, subvert expectations.  The kandora, a type of Emirati floor length robe, is also referenced a number of times, but re-interpreted as sheer for layering options underneath, or in solid colours for the full dress look.  All the colours to the collection felt warm, exotic and spicy.  Especially the orange used throughout – particularly on some of the men’s women’s shirts and women’s skirts – brought to mind Indian cooking spices.  While the frequent sportswear elements firmly grounded the whole offering in modern city culture and fashion.  For LFWM, Qasimi presented the kind of collection to make you look forward to the near future.  Exactly what everybody needs right now. 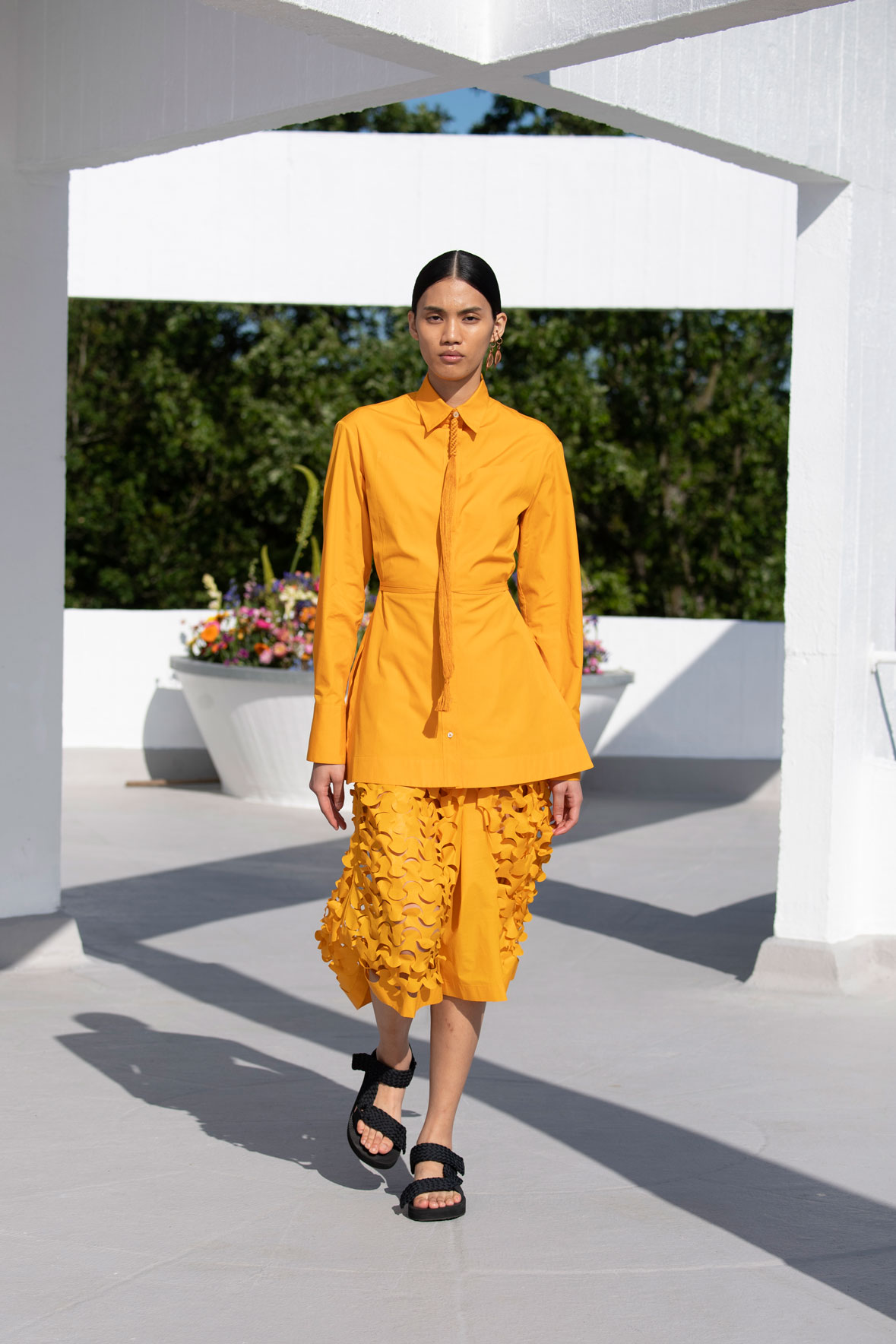