Prada S/S2021 Campaign – The Start of the Conversation

One of the things that the past year of turbulence has revealed to the world is just how much we have all come to rely on technology and digital communication to keep creating and stay connected.  It’s hard to imagine a world going through a global pandemic in the 80s before the advent of the internet, let alone Instagram, Facebook, et al.  Technology has perhaps become an even greater part of the creative process than pencil and paper – 2020 simply accelerated that takeover.  With Dialogues, the new Prada S/S2021 campaign, the iconic fashion house has chosen to lean into this new world and embrace it wholeheartedly.    Their new outlook also marks the first collection for new the dynamic design duo Miuccia Prada and Raf Simons and the start of a new and important technological conversation with the wider fashion community. 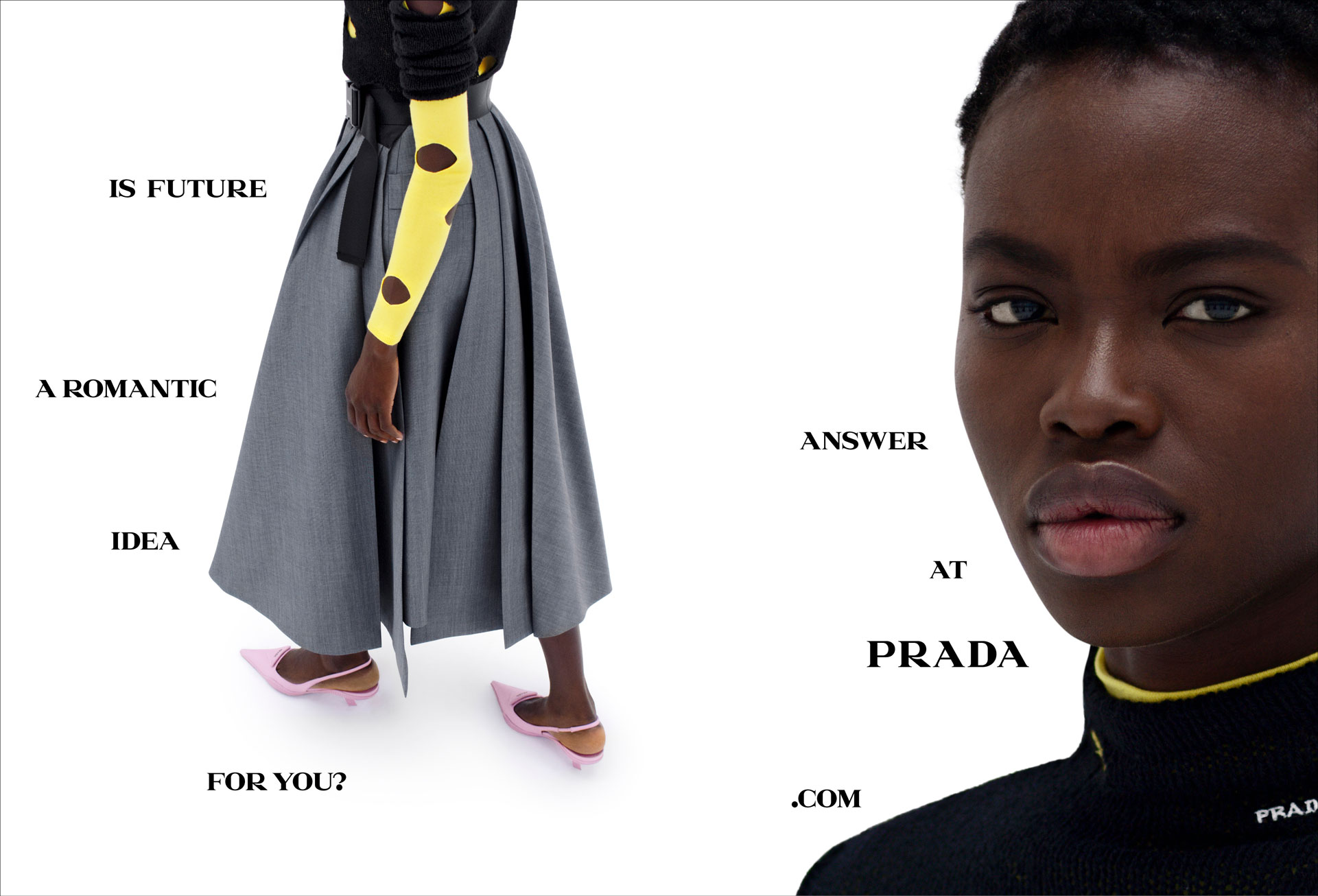 The first departure from tradition for the campaign is the fact there is no credited photographer for the images.  In fact, there is no photographer at all, per se.  The whole campaign was shot in a multi-camera environment with hundreds of automated cameras circling the models in full 360-degrees to capture images from every angle.  If you’ve ever seen how the Wachowskis filmed the ‘bullet-time’ footage for the first Matrix movie you might have some idea of what this futuristic set must have looked like.  This ‘automated’ approach is distinctly reflected in the resultant images.  Set against a clean, blank white canvas there’s almost a laboratory conditions aura to the project, with shots used that have been taken at varied and sometimes unusual angles – perhaps indicated the desire to view fashion in new ways going forward. 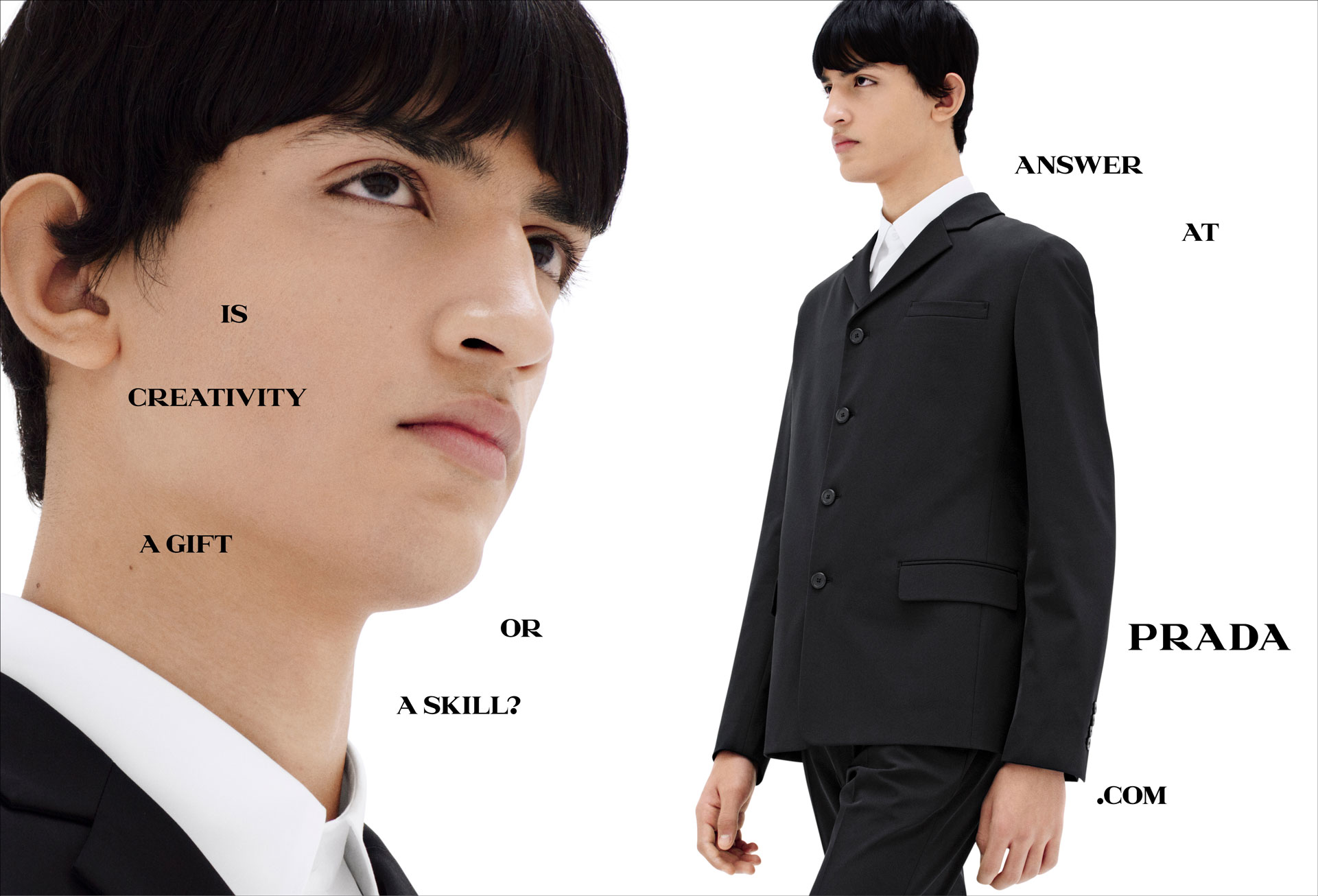 Without doubt, the most eye-catching part of the campaign are the questions haphazardly superimposed on the images that ask actually quite profound questions.  Do we all really think of big data storage before we think of the sky when we hear the word ‘cloud’?  Is creativity a consequence of nature or nurture?  These are questions that are really deserve of a debate – and this is the conversation that Prada wants to have.  Where is the demarcation line where technology becomes counter-productive and destructive rather than a tool for good?  Of course, to have a conversation you need more than one participant.  So these questions are not asked in a vacuum, Prada genuinely wants to know.  The campaign invites everybody to answer the questions they pose at prada.com so we can all get closer to a general consensus and, perhaps, decide our collective creative path forward. 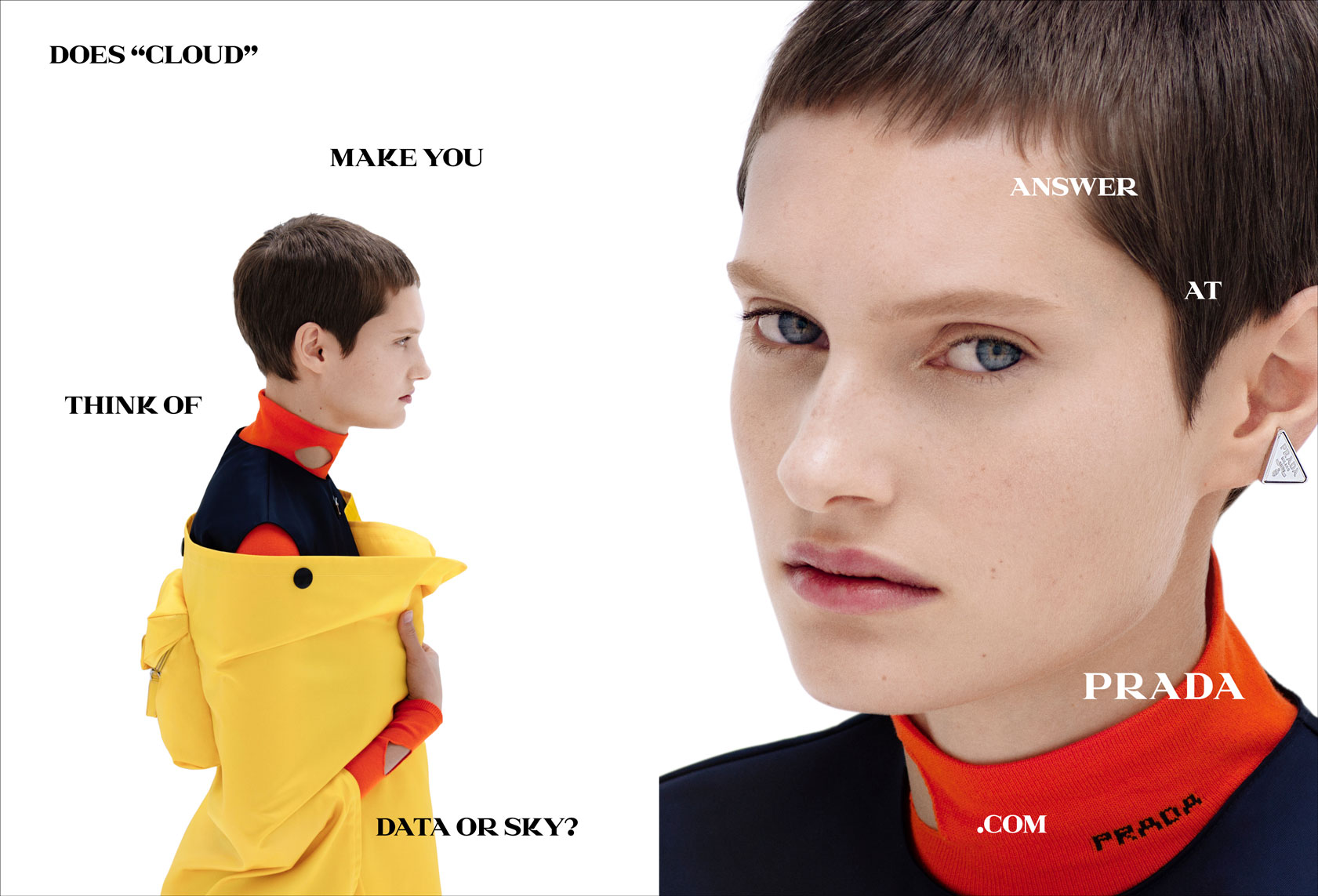 Engagement is always the goal of all advertising and there can be no better way to reach your audience than to engagement them in a meaningful dialogue.

Read our last feature on Prada by clicking here.

Click here for more information on the Prada S/S2021 campaign.