It may surprise some to learn that 2021 will mark the 40th anniversary of the Michael Kors label.  No doubt there have been some challenges along the way that the brand and the man himself has had to overcome but, even so, it would be hard to deny the place Michael Kors has in global luxury fashion today.  There’s a reason why Kors is now one of the premiere designers to the stars. Nicole Kidman, Tiffany Haddish, Reese Witherspoon, Lupita Nyong’o, Olivia Wilde, Dakota Johnson, Blake Lively, Kate Hudson, Jennifer Lawrence and Taylor Swift are just a very few of the best of world talent that he has dressed over the years.  The main reason behind such a creative and dedicated fanbase can be seen in the new S/S2021 collection that debuted in New York on October 15th. 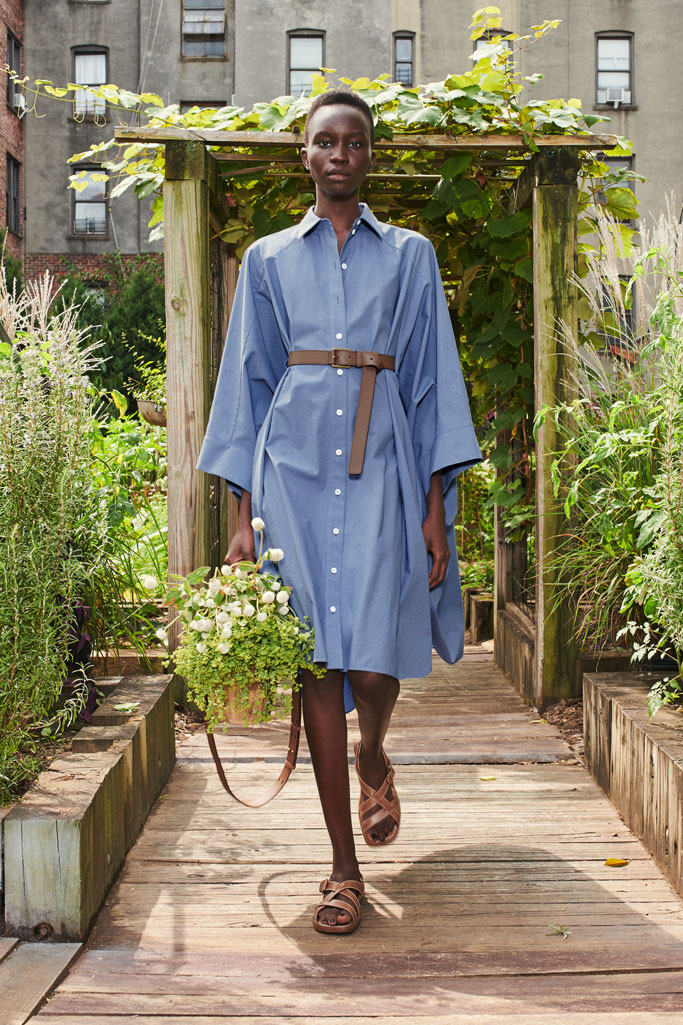 The Up on the Roof collection sees Kors, as an original Long Island native, take true inspiration from his New York birthplace and pour it all into an offering that sets modern, metropolitan city living in the summer alongside easy wearing, beautifully cut natural styles that recognise the importance of being able to breathe and feel comfortable in hot city temperatures.

I designed this season with more thought and more intent than anything I’ve ever done.  We were all forced to slow down this year, and I think we all started to appreciate things in a new way—suddenly, a flower blooming, a beautiful sunset, a walk along the river, these were things that brought us hope. I wanted to look at nature and rebirth through an urban lens – Michael Kors, Creative Director. 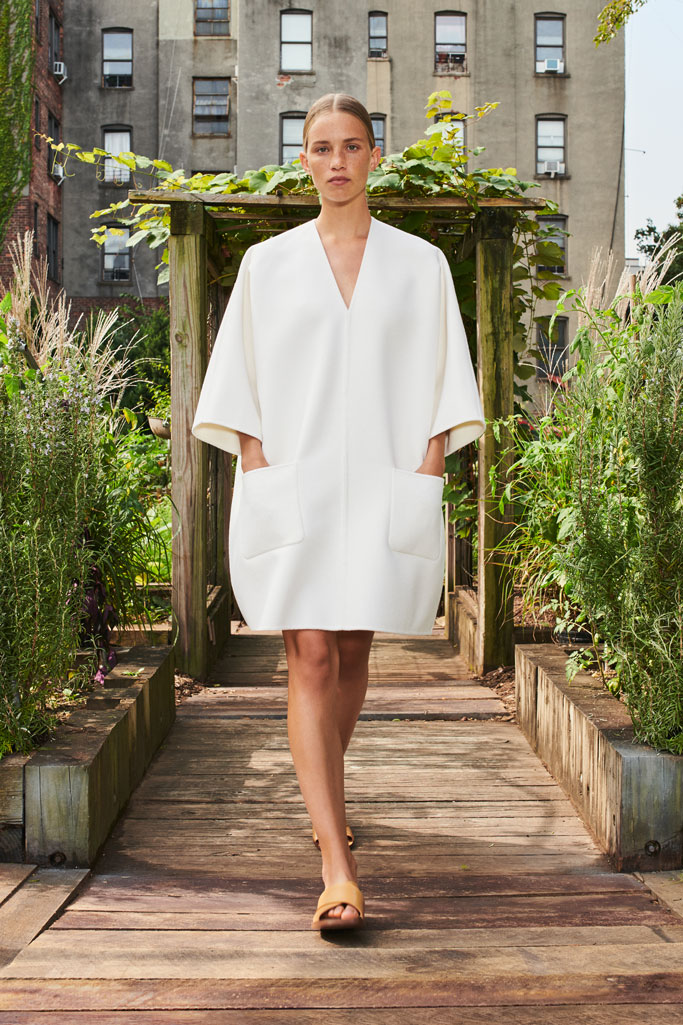 The physical representation of those ideas sees generous silhouettes – like the simple knee-length shirt dress cinched at the waist with an equally simple belt, or the oversized ivory smock dress that skims just above the knees – and flowing fabrics, perfectly exemplified by the ice-white long, halter neck dress, or the bold pinstriped suit and over-long shirt ensemble.  New York is not just tangential to the collection, it is at the heart of it.  In recognition of this Michael Kors made donations to the New York Restoration Project community garden where the show was held, and to the South Bronx-based Renaissance Youth Center which provides ‘enrichment programs, from performing arts to sports to education assistance, that aim to empower at-risk inner-city youth and help them maximise their potential’. 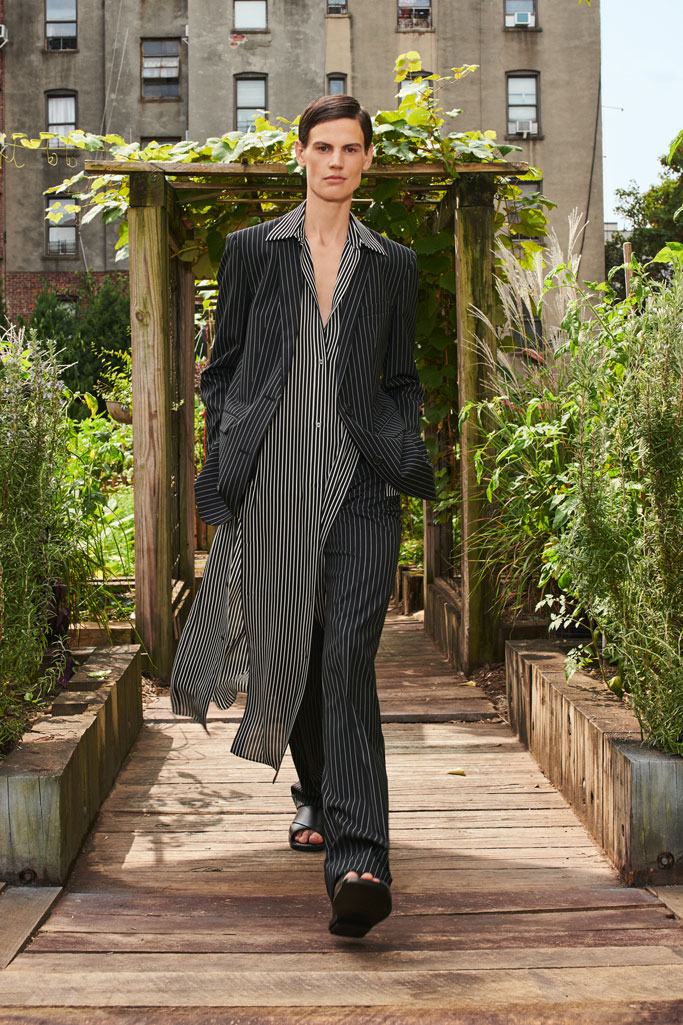 Accompanying the new collection and outlook for next season, an Up on the Roof documentary was also commissioned.  Narrated by Kors himself, the documentary features a guest appearance from Hollywood icon Bette Midler who founded the New York Restoration Project 25 years ago and explores the spirit of Kors’ hometown and the strength of the community he grew up with and around.  All of which makes this much more than just another beautiful stop on the fashion train on the way to the next destination.  This feels like a statement and an affirmation of the endless possibilities with New York in particular, and people everywhere in general.  After all, as the song goes, “if you can make it here….” 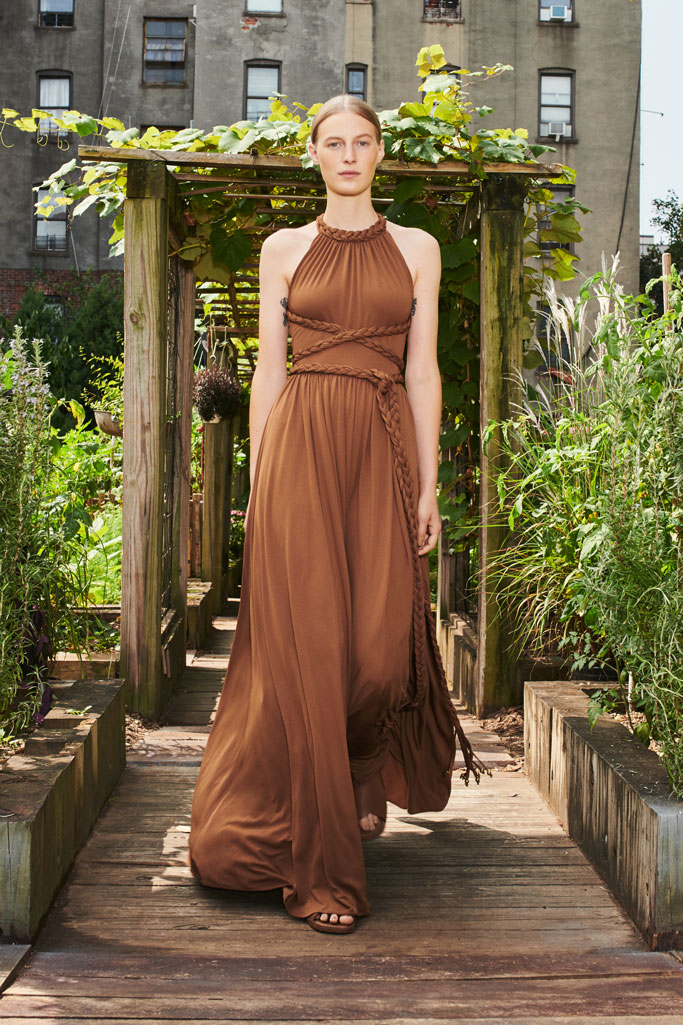 For more on the Michael Kors Up on the Roof collection click here.

To get your own taste of Michael Kors’ New York for S/S2021 watch the video here.