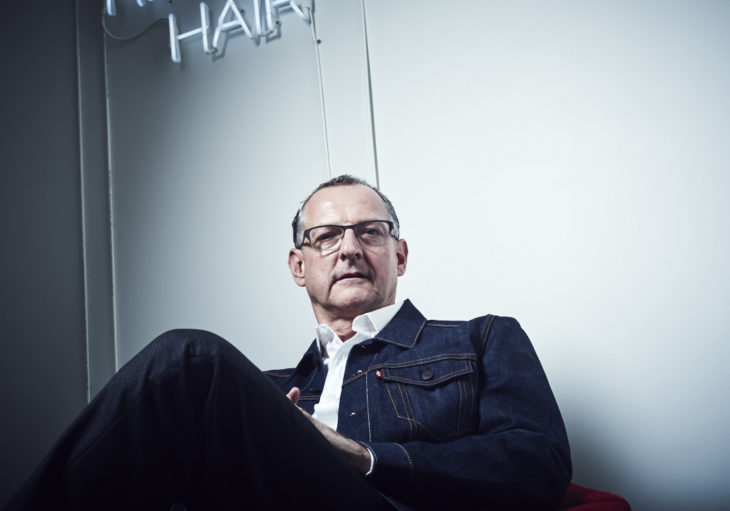 Take a walk down the high street or pick up a magazine at the doctor’s office and chances are the best hair colour you see will be courtesy of its humble patron saint.

David Adams. British-born, in 1960, and New York-based, he has a four-decade client and collaboration list that is a roll call of music, fashion and entertainment royalty. Yet in the spirit of the true stealth influencer, he grafts away in a quiet pocket of downtown New York, on any given day juggling runway wigs for fashion behemoths, a UN ambassador’s simultaneous need for studiousness and glamour, and decoding the puzzle of Kate Bosworth’s different-coloured eyes and how to perfect her shade of blonde for a new movie.

He is also known for Julianne Moore’s red for Still Alice and Claudia Schiffer’s blonde on the cover of French Vogue and counts Jennifer Lawrence, Greta Gerwig, Heather Graham, Jude Law, Elle Macpherson and Sienna Miller among his most loyal. He has created fashion-show hair concepts for Alexander McQueen, Hussein Chalayan, Balenciaga, Miu Miu, Prada, Givenchy and Jeremy Scott. And he does all that by following the gold-standard rulebook he formulated many moons ago for colourists the world over, in which breaks the process down into maths and chemistry. In short, his word is gospel. 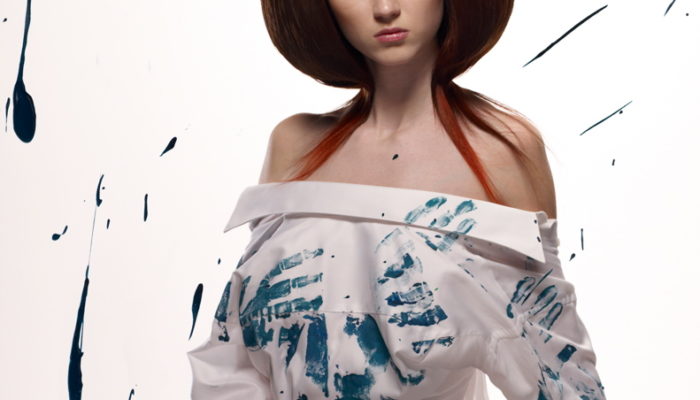 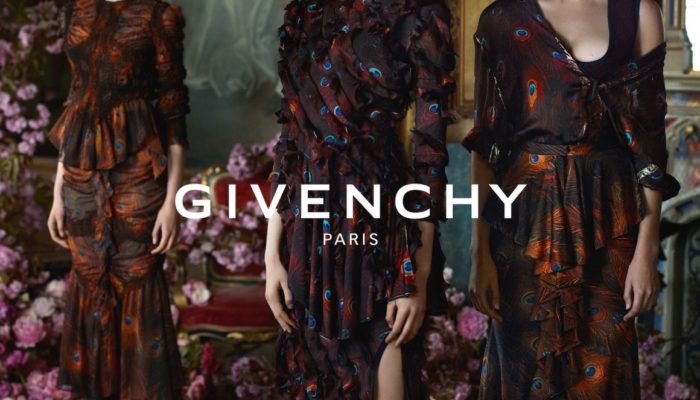 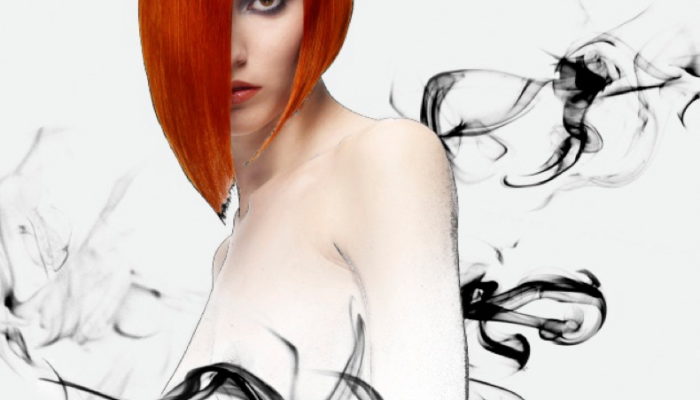 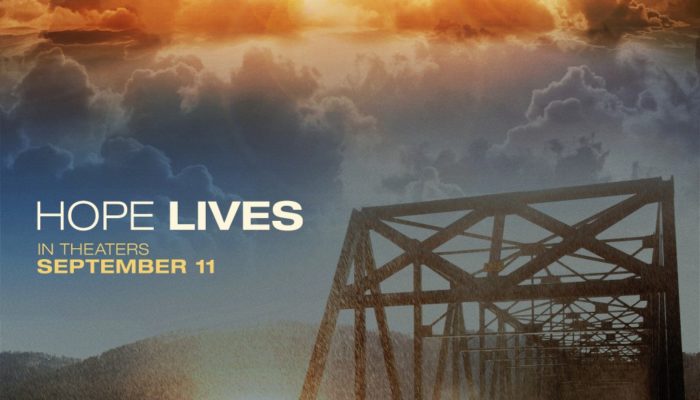 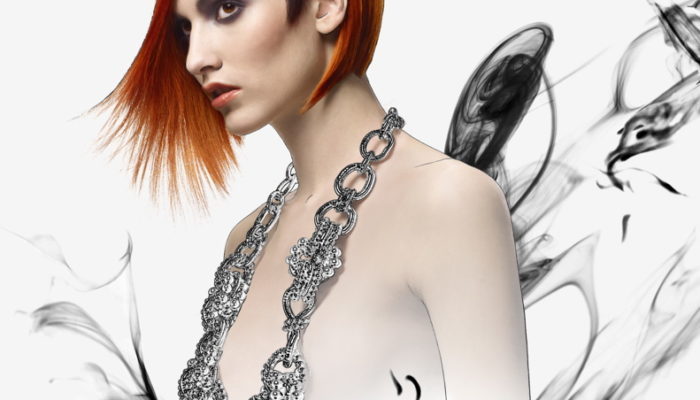 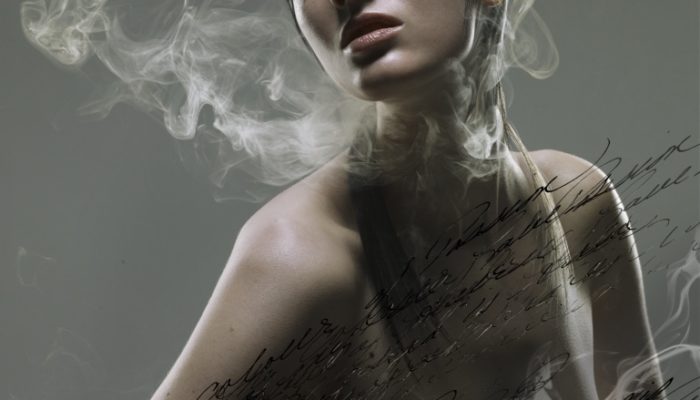 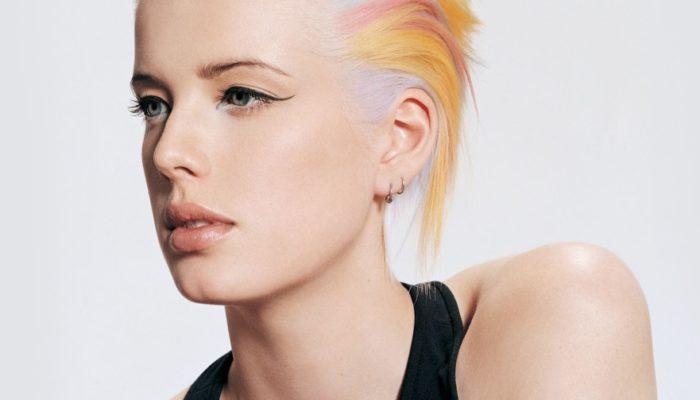 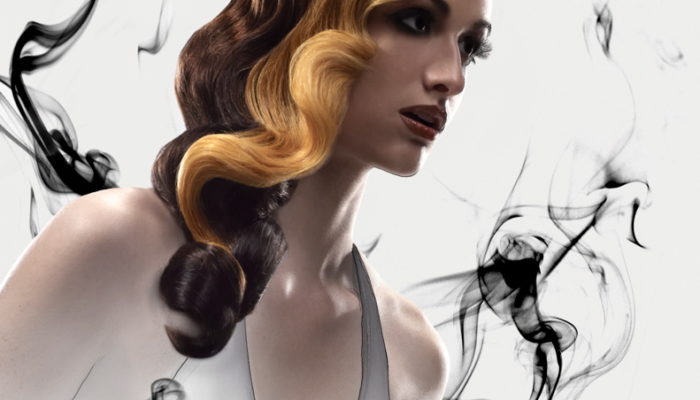 However, in stark contrast to his peers who gravitate moth-like towards Hollywood or fame and fortune, this salt-of-the-earth maverick views his craft purely as a service and still happily balances high-profile, high-stakes household names with tending to the tresses of anyone who walks off the street into Fourteenjay, his recently opened Tribeca salon. He is so down to earth that if he were standing behind the bar in a sleepy British pub, he wouldn’t seem a fraction out of place if he offered to pull you a pint. More than a hairdresser or colourist, Adams is that rare breed of indefinable creative pioneer and thinker, flourishing by staying under the radar. In today’s social-media landscape, anyone can be a self-anointed “influencer”, yet Adams’s humility, discretion and curiosity wields more sway than can be measured. He transcends beauty and fashion trends by being the self-effacing originator of them.

You can often work people out by asking what they might choose to be in another existence. Over coffee in a laboratory-like room beneath his salon that is filled with primary-coloured boxes, he talks about how he has never wanted to be “the front man or rock star”, revering instead the approaches of music-producing powerhouses Danger Mouse and Brian Eno. Music was his first true love – and still is the lifelong red thread, both in and out of work. As well as the money his mother gave him in 1977 for driving lessons, which be promptly blew on a treasured motorbike – he had grown up during the time of mods and rockers in his native Brighton, after all – the other musical gift from her was a Gibson Melody Maker electric guitar. Little did he know that a life in music would indeed take shape, albeit in abstract ways.

After school, to be the dutiful son, he opted briefly to train as a barrister. “I wanted to stand up in court in a gown and wig and say, ‘Yes, my Lord.’” However, not long after he started, he found himself answering an advert in his local paper – “Do you like meeting people? Would you like to meet a different person every hour of the day? Would you like to make people happy?” “I turned up and only realised then that it was a ladies’ hair salon,” he tells me. After narrowly avoiding being fired for being what his boss termed “pretty useless really”, he then excelled at hair colour and went on to rise through the ranks of London’s leading salons before landing himself a job at the then nucleus of cool, Vidal Sassoon.

“Every reference [at Sassoon] came from art, music, fashion,” says Adams. “It was like Warhol and the Velvet Underground – whatever time period you were looking at, it was the music and then the fashion that came with that. What I loved about England was that people were tribal. You could walk down the street and tell from what somebody was wearing what they listened to. It was the Mud Club, Steve Strange, cross-dressing, clubs like Taboo. It was amazing to be their hair colourist. They’d say, ‘We’re going to Heaven tonight, do something!’” Opening a record store in tandem, Adams DJ-ed by night and soon became the go-to hair genius for anyone who was anyone in swinging London’s two-decade pre-millennium hedonism.

For the major-label acts during that time, such as Spandau Ballet, Kylie Minogue and the Spice Girls, he would do colour, Eugene Souleiman – his long-term collaborator and now the world’s leading fashion hairstylist – would cut, while Pat McGrath, the world’s most famous make-up artist, would do their faces. He chuckles as he describes the creative decisions they made at the time. “You’d go out onto the high street and young girls would have a flash in the fringe and you’d go, ‘Oh my God!’ There’s this little part of you that goes, ‘I did that’, and then there’s a big part of you that goes, ‘You need a slap for doing it!’” Virgin Records, his mainstay client, needed more than just help with their talents. At one point in the mid-1980s, Richard Branson wanted Adams to spearhead hundreds of salons for Virgin Hair, which would have equalled stratospheric fortune, but he declined. “It’s like fashion – you can become brilliantly wealthy and be like Topshop, or just stay loving what you do and the people around you and be like Comme des Garçons.”

If serious minds attract other serious minds, it explains why musicians such as Peter Gabriel, Nick Cave, Susie Bick and Björk all gravitated to Adams. And cult director Mike Leigh, who gave Adams the best – or possibly the worst – brief of his life. “I had to colour Brenda Blethyn’s hair for Secrets & Lies [in 1996], but I had to do it badly so it would look like she had done it in her kitchen – but it wasn’t bad enough. In the end, I had to do it three times. You spend all your time making people beautiful – it’s actually hard to make someone deliberately bad!” Dudley Moore was another London favourite. “We coloured his hair and he would ask, ‘Do you have any… er…?’ It was gin and tonic. I kept a bottle in the salon for him after that.”

Another standout was Saffron Sprackling, of indie band Republica – a perfect example of black and red tones that Adams says only work when you add a red lip – “like Louise Brooks or in Robert Palmer’s Addicted to Love”. Sprackling’s tresses caught the eye of another star. “My receptionist said, ‘There’s a woman named Cher on the phone and she wants her hair coloured.’ I thought one of my friends was messing about. She called back three times, so I picked up. I’m like, ‘Cher?’ And she’s like, ‘Well, I’m a singer, I’m an actress… ” And I’m like, ‘Oh my God, it’s CHER!’

Another chance meeting, in the mid-1990s, saw Adams’s influence go from international to fully global. Aveda were looking for a fellow progressive and hair expert to scatter magic dust on founder Horst Rechelbacher’s then-untapped vision of organic beauty. “When we first met, showing me just three shades of blonde, he said, ‘That’s the colour line – what can you do with it?’ It was like a cookery programme – here’s a pepper and… a pig’s foot! But can you imagine, in the 1970s, Horst was talking about water shortages, the environment, the planet, and people thought he was crazy making products from plants and flowers. He went to India, discovered ayurveda, brought it back with him and had products in the back of his car, driving around salons to sell them. Later he sold it to Lauder for $350 million.”

Ironically, being radical with hair colour meant reverting to basics. As well as co-creating the most ethical colour products that would meet the highest global standards, while at Aveda Adams created the “paintbox” concept, which he still teaches at his education foundation, Red Chocolate. It raised the bar higher than ever – put simply, those who master Aveda colour effectively have a black belt or PhD in hair care. Perfect colour starts with red, blue and yellow, and from there it’s onwards and upwards. He even starts juniors off holding a basic prism under a light to hammer the lesson home, hence the stacks of primary-coloured boxes that resemble an art-supply store surrounding us as we talk. “It’s good colour theory like any artist would apply. Then chemistry – because it’s a science of colour theory and mathematics, and most good hair colourists love chemistry and mathematics. If you’re not good at those, it’s not a good start!” Which explains why another passion, aside from spinning vinyl, is looking at Bauhaus artists or Matisse. His ultimate? Rothko – “If you stare at the colours long enough, you do feel them vibrate in the air.”

If ever the fine line between science and art does get blurred, Adams is testament. While his right brain generated the radical palette approach and a colour-filled sponge concept for shorter hair that he has compared to potato printing, his left brain is responsible for what are now global-industry standards: “colour melting”, “tipping”, and the “circle theory”, all highly complex geometrical techniques that allow colour to move through the hair and appear authentic.

So, what is left to achieve? While age could be a hindrance in an industry focused on youth, for him it is lucrative. Macpherson’s loyalty to him grew because his years and experience implied trustworthiness. “I am Nylon magazine’s ‘hot hairdresser’,” he tells me. “It’s funny, all those girls aged 22 coming in here for their colour. I could be their father!” He has also tapped into a vast new market recently: thinning hair, an area that gets little or no airtime in the media and causes untold shame. One customer had virtually stopped leaving her house until Adams waved his wand – her husband contacted him afterwards to say he had given them their life back. He has also found that a lot of cancer sufferers refuse chemotherapy because of hair loss. “Interesting, no? ‘My hair comes before my health’? For women it’s their sexuality and everything – it’s highly emotionally charged.” Soon he will be expanding to a full-service clinic to give more women their lives and confidence back. While that could be viewed as the least sexy area of hair care to be in, it’s typical that Adams is more concerned about sprinkling his compassionate magic dust. Perhaps that 1970s newspaper advert about making people happy left a subconscious imprint? The patron saint, indeed he is.