The first luxury fashion show to be hosted in Aranya –– China’s most exclusive epicentre of culture –– came courtesy of the Louis Vuitton Men’s spin off collection.  Improbably titled ∞, it builds off the French House’s June show in Paris and develops the current creative preoccupation with childhood.  This time, around 320 metres of pristine beach was transformed into a sandcastle-inspired racecourse worthy of the finest (miniature) thoroughbreds. 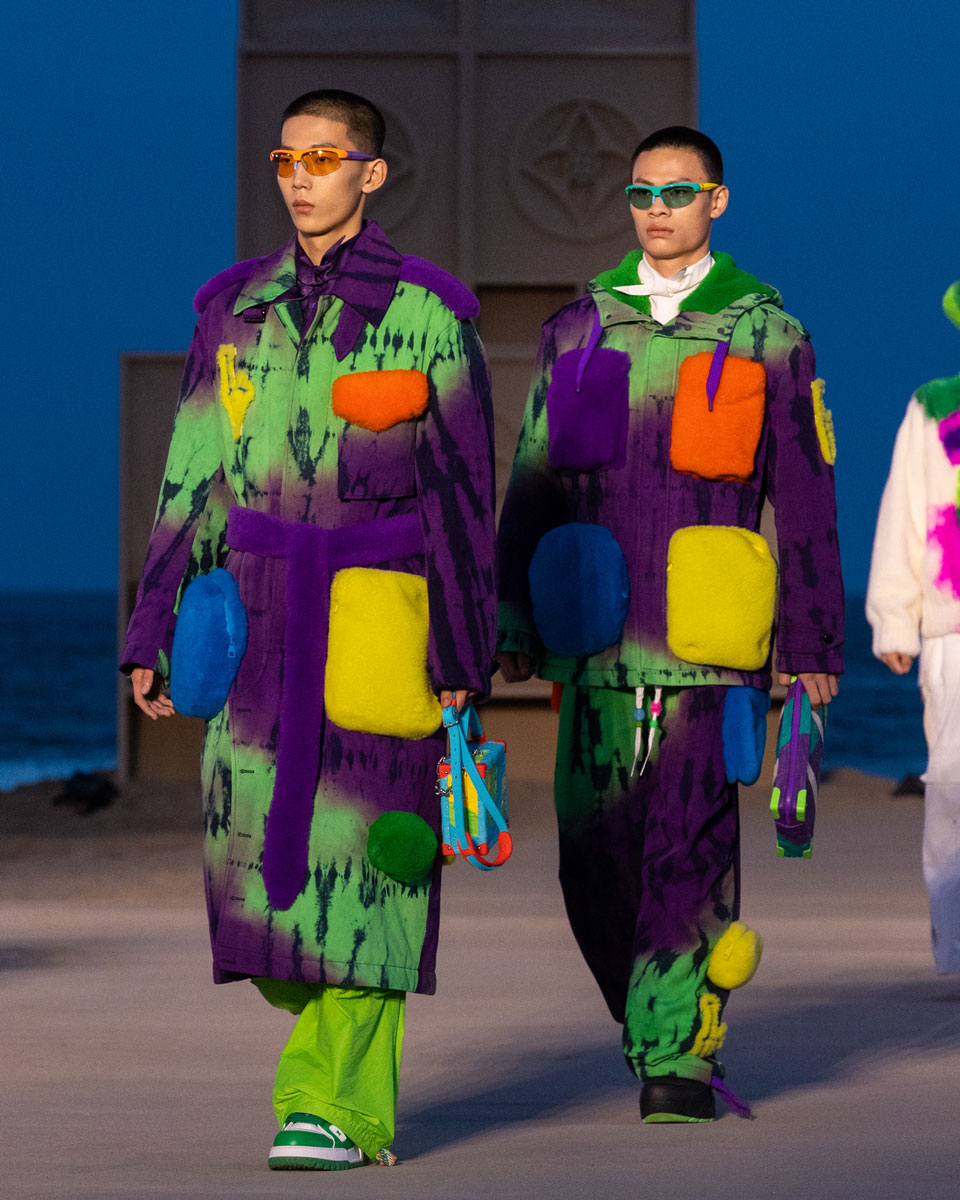 The proceedings started with a short film called Mirage, a visual journey of childhood, discovery and community from cinematographers (and directors of the show) Jia Zhangke and Wei Shujun.   Shot on location in the historic city of Dunhuang –– once a major port of call on the ancient Silk Road –– the piece set the scene for the East meets West celebration of people and the infinite potential of imagination. 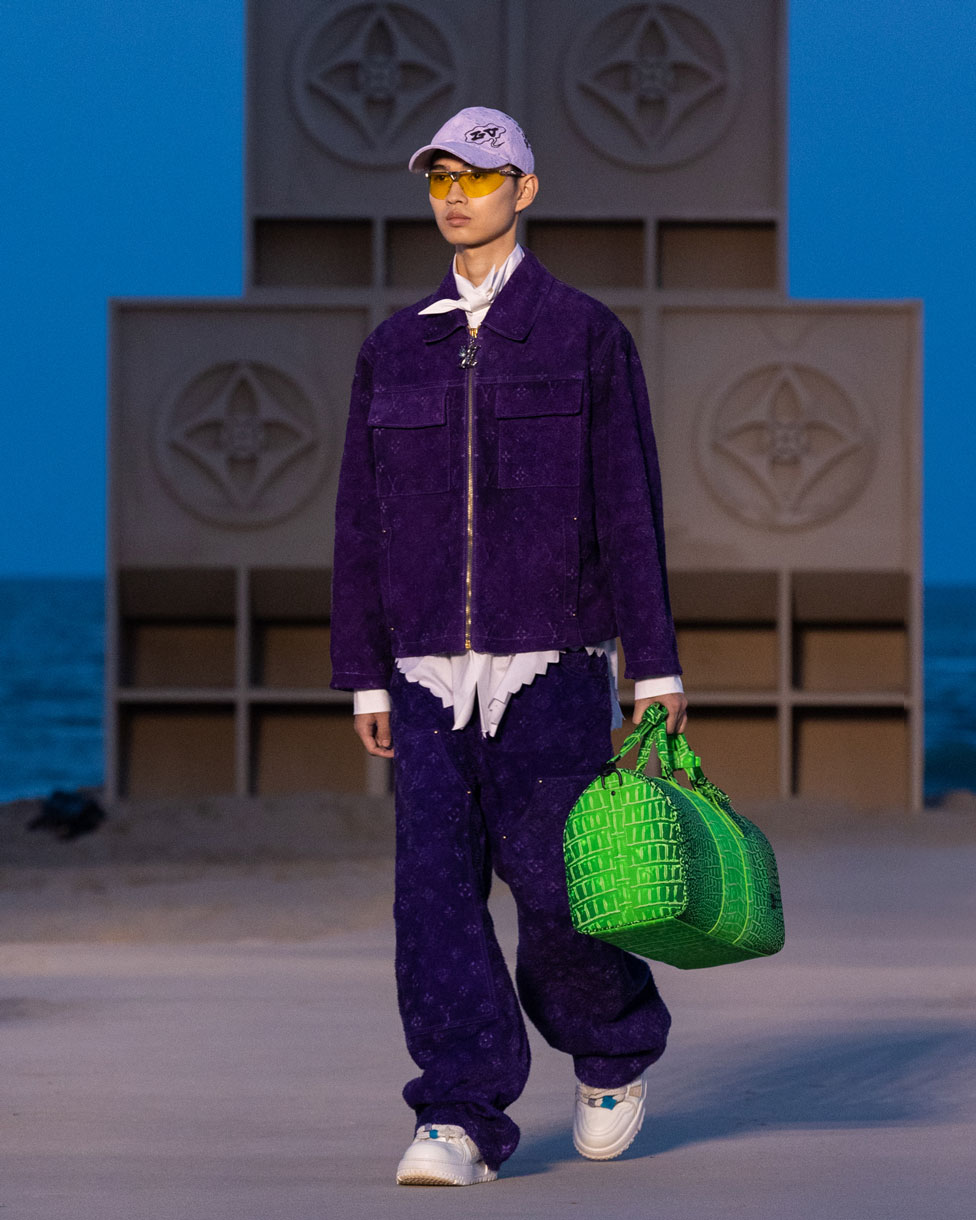 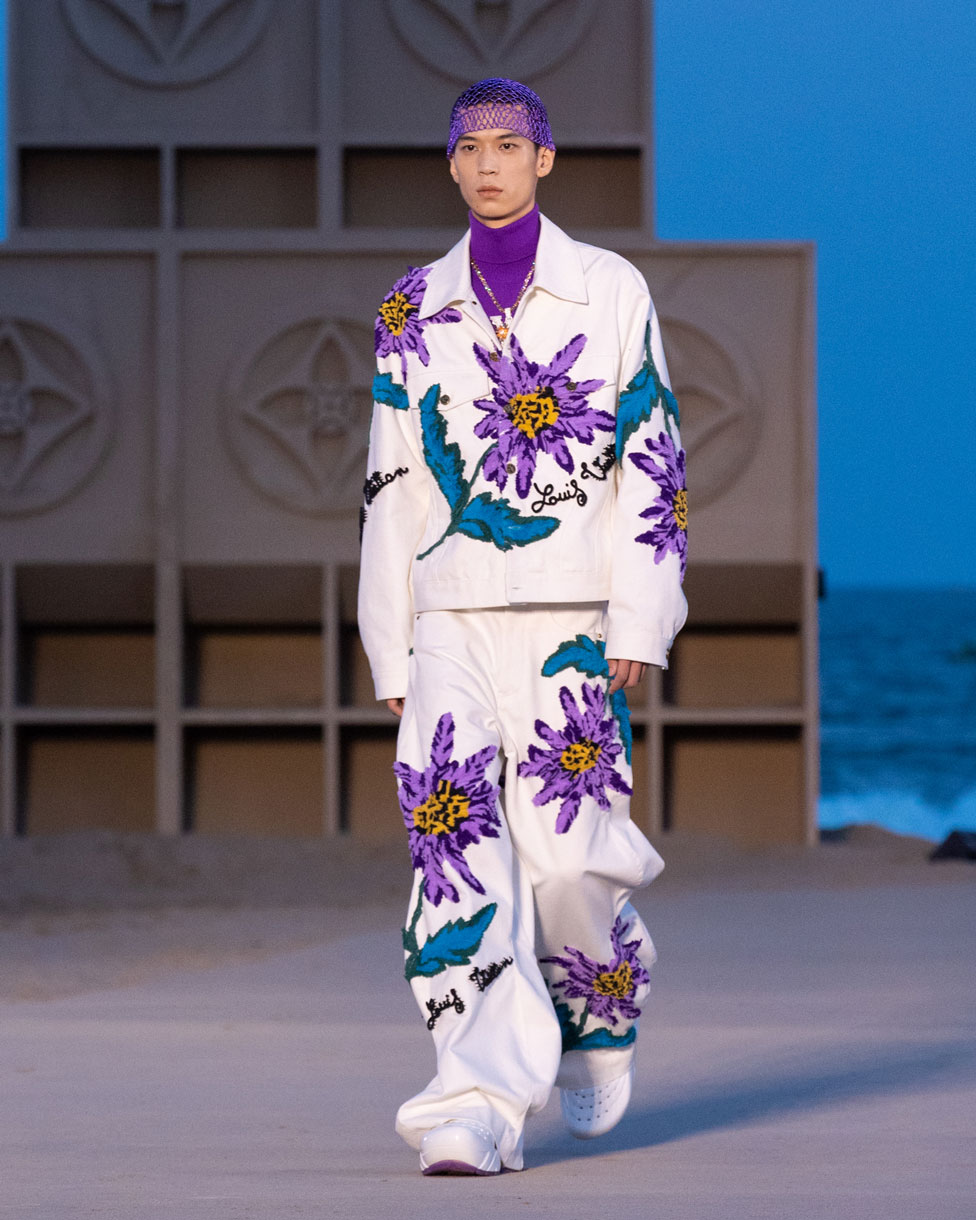 Accessories were taken straight from the toybox: playdough textures and building blocks reigned supreme.  The brand’s storied heritage was also alluded to throughout the collection in depictions of the thistle, the flower that grew so abundantly near the founder’s ancestral home.  As a symbol of resilience, it was a timely emblem for a world only now beginning to emerge from the pandemic era. 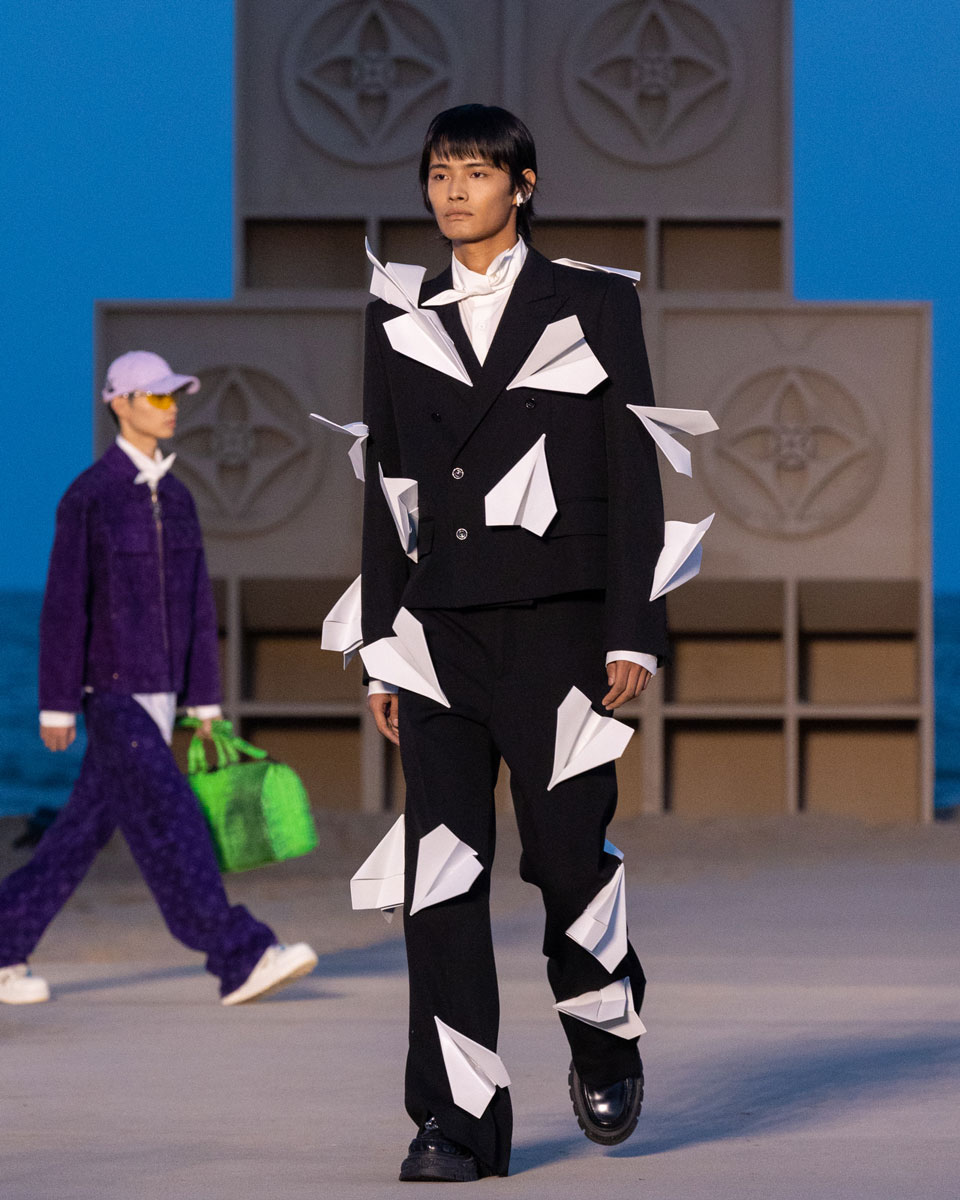 Highlights included a double-breasted black suit adorned with origami aeroplanes; taking us back to simpler times when all it took to travel was a rich and vivid imagination.  Elsewhere, a sandwich carton-inspired bag rendered in fuchsia and aqua hinted at the travel accessories you might need on your journey.  Dinner in the school cafeteria was never this chic. 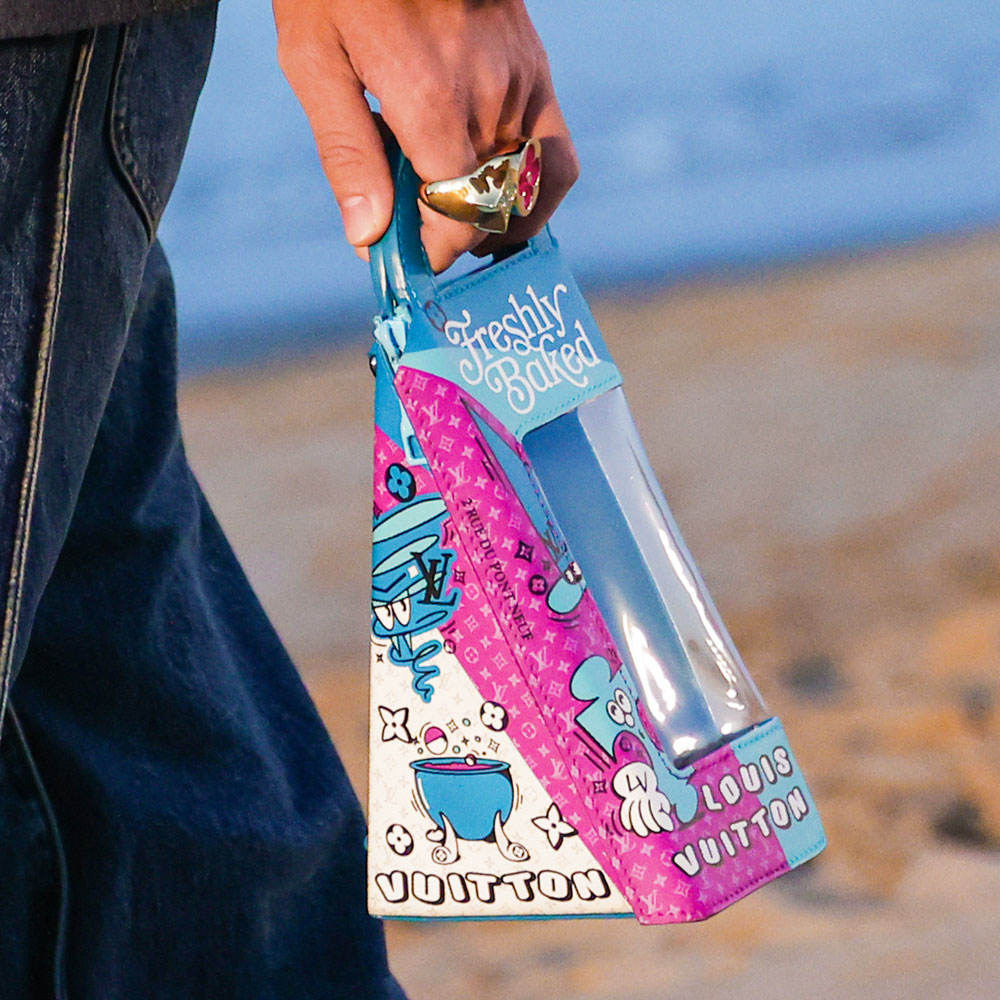 Finally, it was the oversized A-line overcoat that stood out as the unparalleled showstopper.  Rendered in darkest black and accented with sweeping vivid orange lines, it almost invited the eyes to traverse its surface. 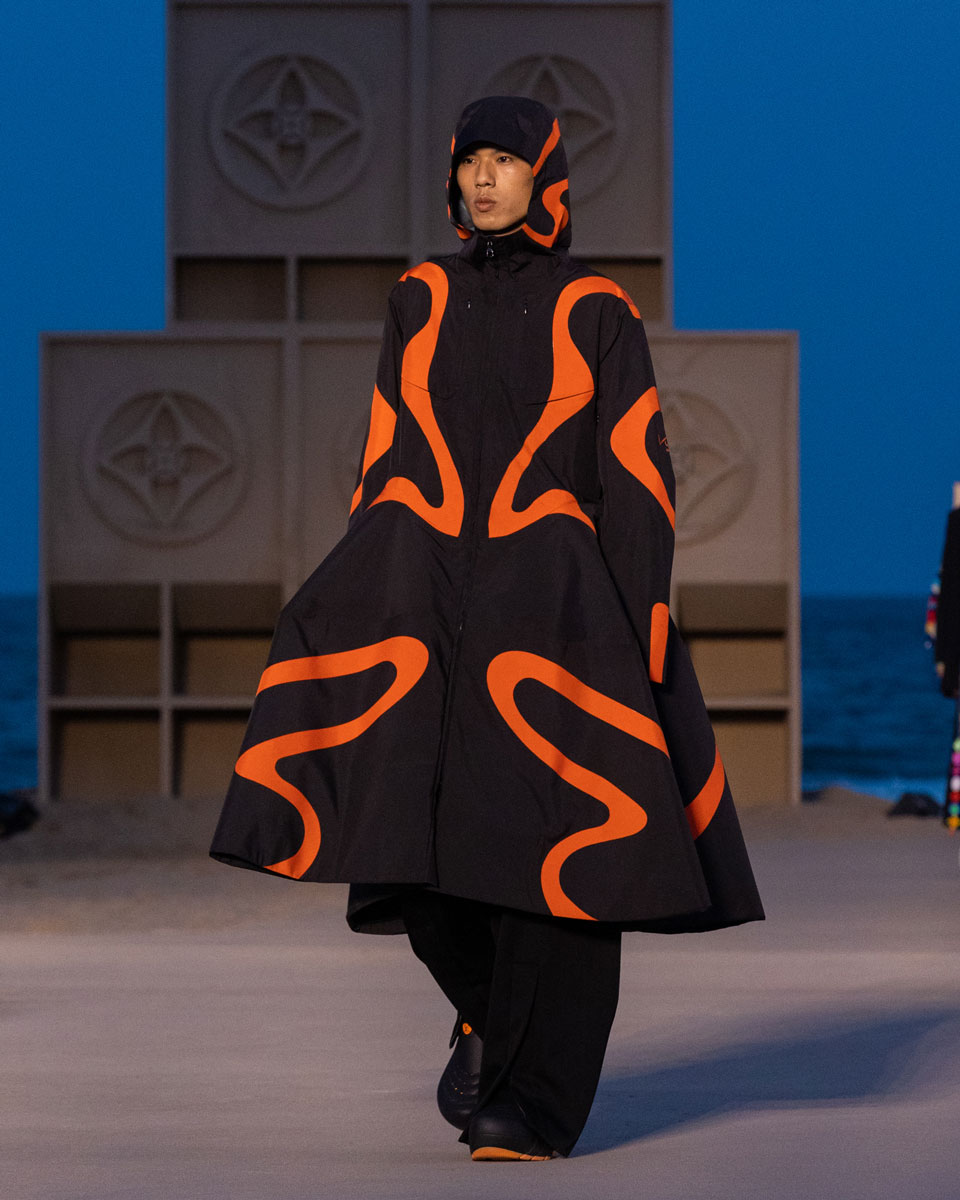 According to Louis Vuitton, the world should be seen as a giant playground where toys are tools for the imagination.  With that in mind, we should all want to spend a while building a fort on this beach with a bucket and spade.