At some point every Christmas season we all feel like we’re auditioning for something or someone.  Either it’s buyer of the most thoughtful gift, most surprised reaction to a gift you already knew was coming or best tipsy dancer at the office party.  Auditioning to be on display in one of Coach’s holiday windows might seem a touch too far for some, even for the tipsy among us.  Apparently not so for Selena Gomez and the quirky cast of animated characters in Coach’s new campaign for the 2018 holiday season.  In the new campaign clip shot by Henry and Rel of New York based Supermarché – a hot boutique production house that’s worked on campaigns for some of the world’s biggest brands – Selena and her friends run through their party pieces for an unseen director in the hope of securing what we’re assuming is a pretty exclusive gig, given how hard they’re all trying.  It’s a fun and irreverent clip that is underwritten with a definite ‘edge’ that’s become the signature of Henry and Rel and centres the whole thing firmly in the realm of creative fashion films. 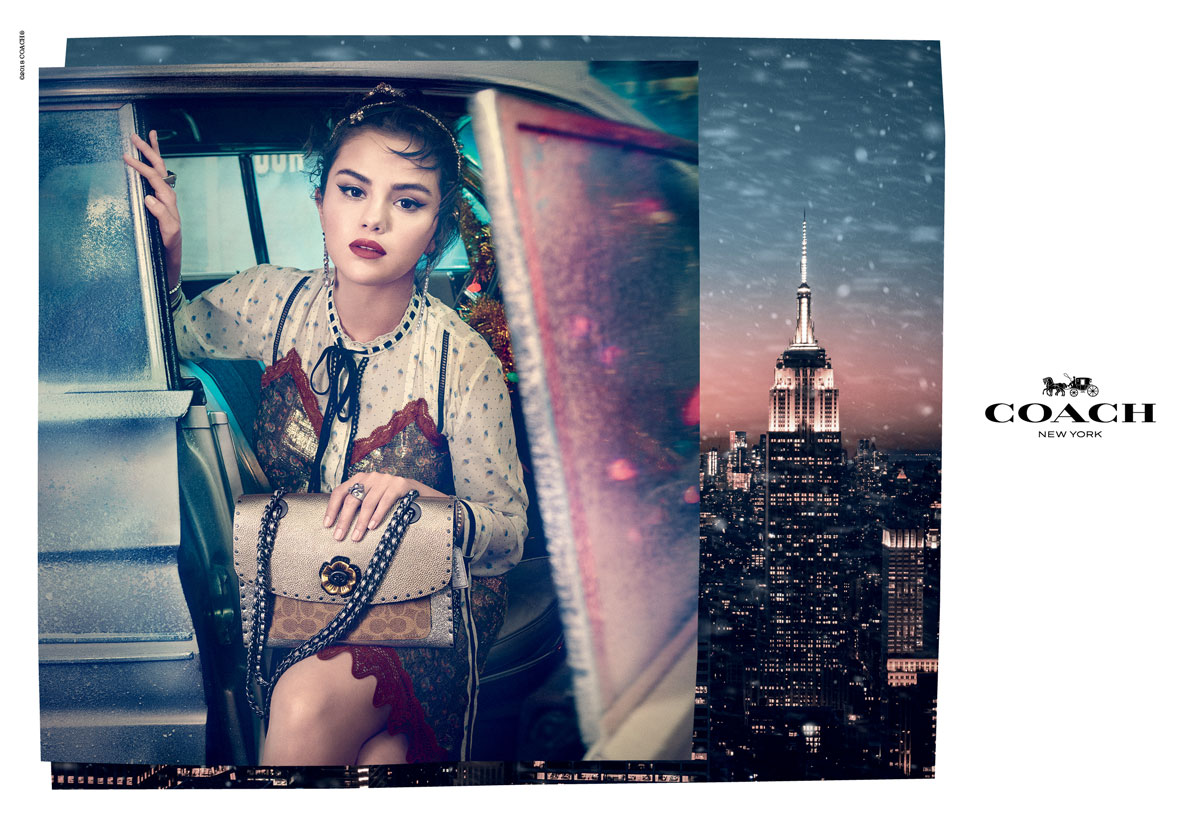 The holiday campaign is completed by stunning campaign imagery from one of fashion’s favourite photographers, Steven Meisel.  Unfortunately, none of the animated characters from Henry and Rel’s clip made it past the go-see for Steven.  Only brand ambassador Gomez made the final cut here.  Fortunately she looks as stunning as always pictured against a New York cityscape that calls back to the original birthplace of the brand.   As stunning as she looks, however, all eyes are still on that Parker bag she’s holding in the image.  That’s one Christmas present we’d really love to be able to act surprised about.

For more on Coach and their holiday season visit Coach here