You really wouldn’t believe Jonathan Anderson’s dad used to play rugby at international level for Ireland.  It’s just not the sort of background you’d think of for one of Britain’s most creative fashion designers.  But it does at least give the rest of us hope that we don’t all have to be the offspring of creative individuals to go on to be master artists.  And Anderson is nothing if not a master of what he does – not only for his eponymous label but also for luxury Spanish fashion house Loewe.  To illustrate this point we bring you images from the new JW Anderson A/W2020 campaign. 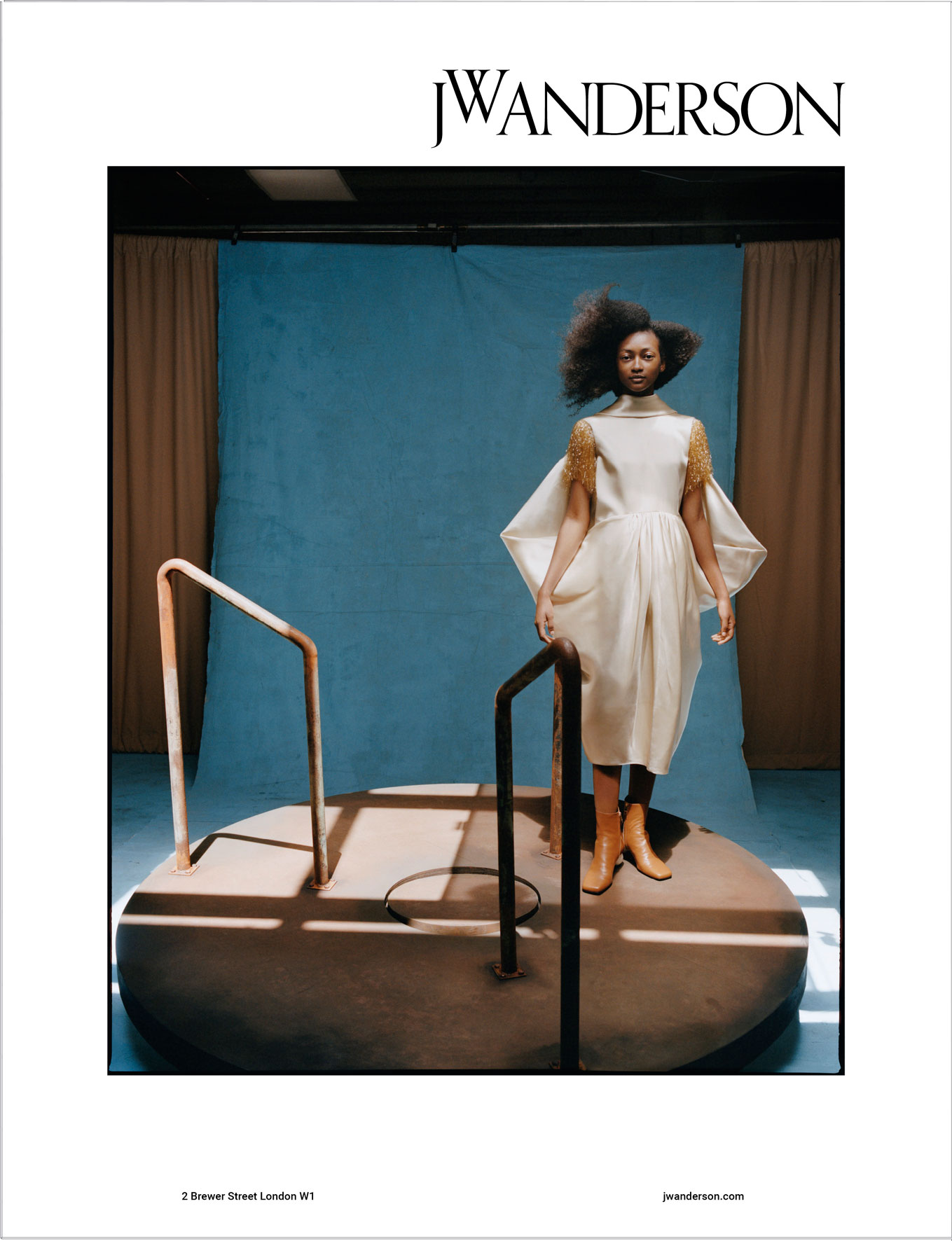 At first glance the immediate thing to notice is how pleasingly ‘off-centre’ the campaign is.  Why are the models photographed on what appears to be a rusted and and askew playground merry-go-round?  Who knows.  The windswept hair of the model seems to indicate dramatic movement but here doesn’t seem to be any rhyme or reason to it, yet it just works.  Particularly when paired with Anderson’s extraordinarily architectural dress creations. 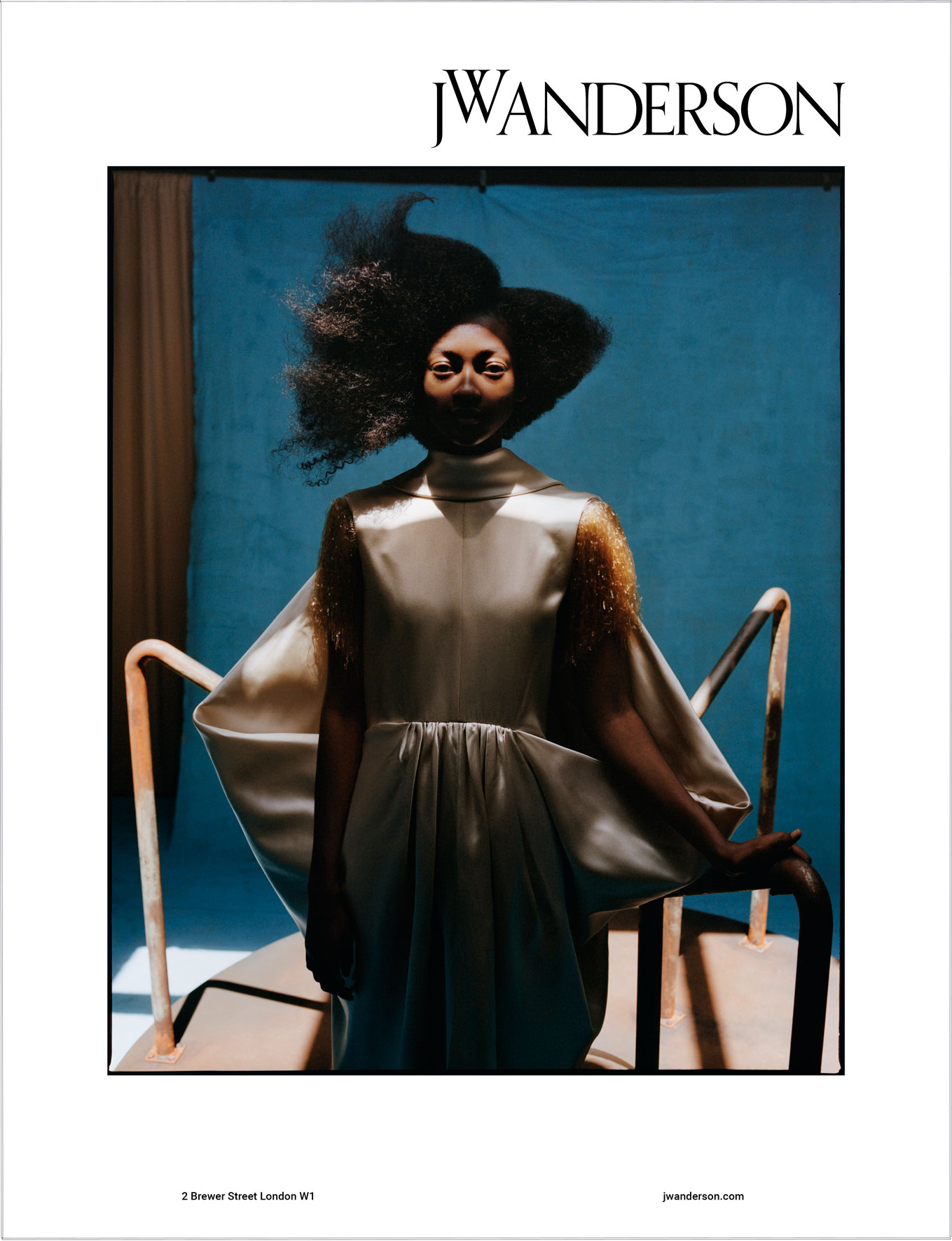 The muted colours of the campaign have been deliberately chosen to convey a winter season that doesn’t have to be stuck on black until the spring.  When it is black however –  like the long, bell-bottomed dress – why not team it with honey-gold fringed sleeves and a white leather handbag with a giant honey-gold chain link on the front?  Even the (we think) photographer, Tyler Mitchell, gets in on the action, either taking a candid selfie in a mirror of photographing someone else photographing him.  It’s the kind of creative direction that asks the veiwer to think as well as simply admire.  JW Anderson have realised that when you have to compete in one of the world’s most competitive markets, at probably one of the most challenging times in history, any little edge that can be used to engage an audience already saturated with fashion imagery could be the difference between surviving and thriving. 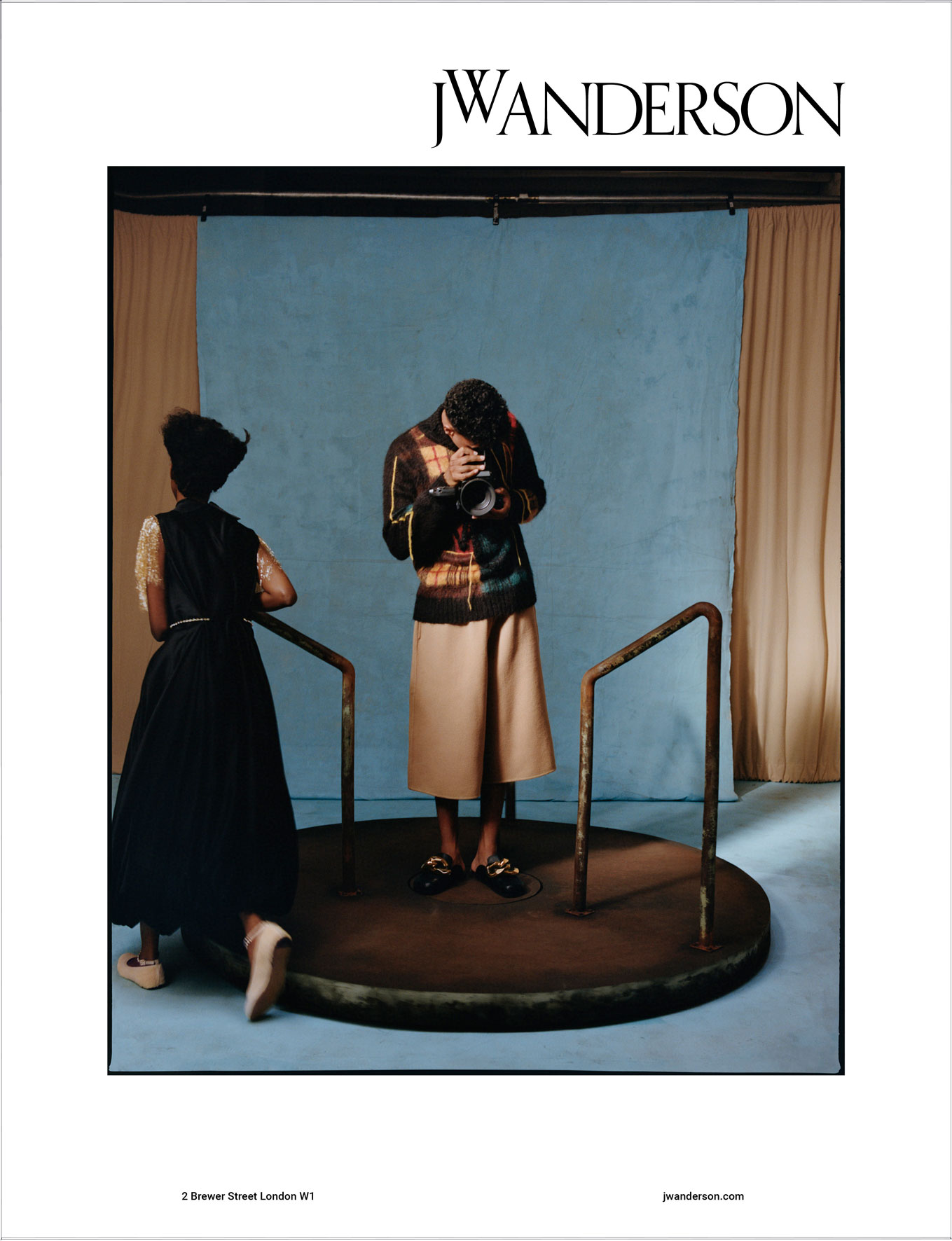 Click here to see our last feature on JW Anderson.