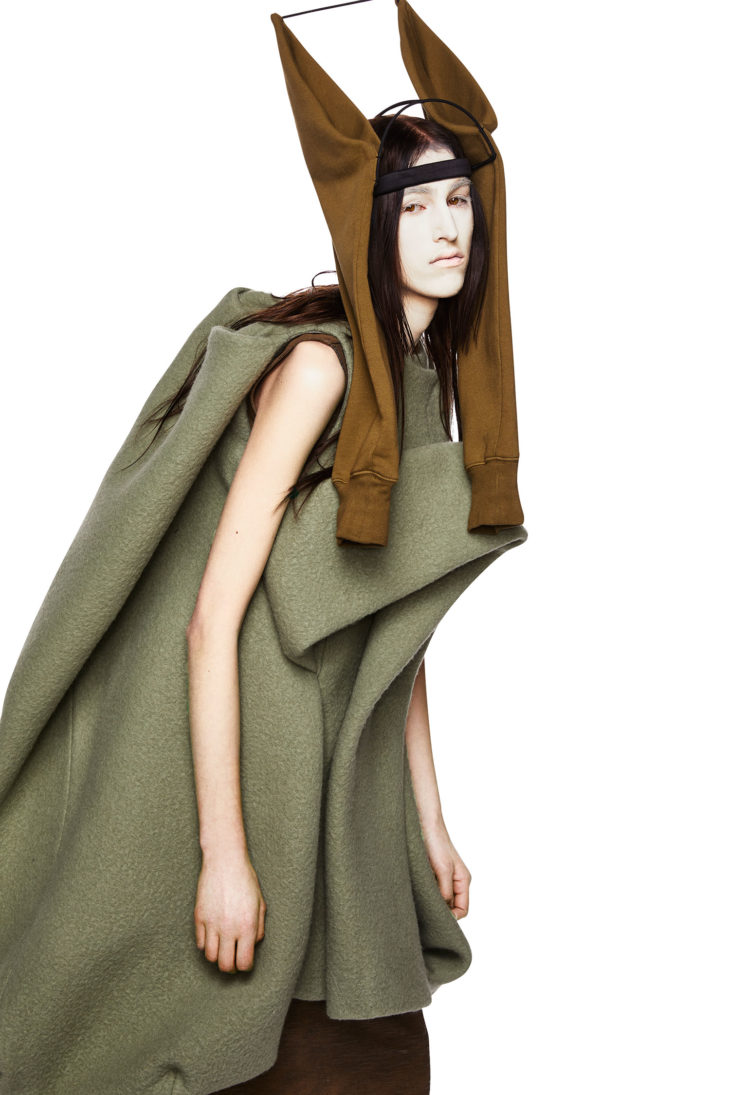 Together with his wife and creative collaborator Michele Lamy, Rick Owens’ work, lifestyle and playful commentary on the fashion industry has attracted interminable curiosity. As for his clothes, the asymmetrical cuts, meticulous draping, and convention-defying design has established his brand as a niche, but, global, empire.

Worn head-to-toe by his fans, a community of high-fashion goths known as “the tribe” sneaker aficionados (thanks to a four-year-long collaboration with Adidas) and outliers from around the world. His shows breed controversy and intrigue without fail, whether it’s using women as human backpacks, as he did for his SS16 CYCLOPS show or the genital-exposing tunics for men for his FW15 men’s show, SPHINX. 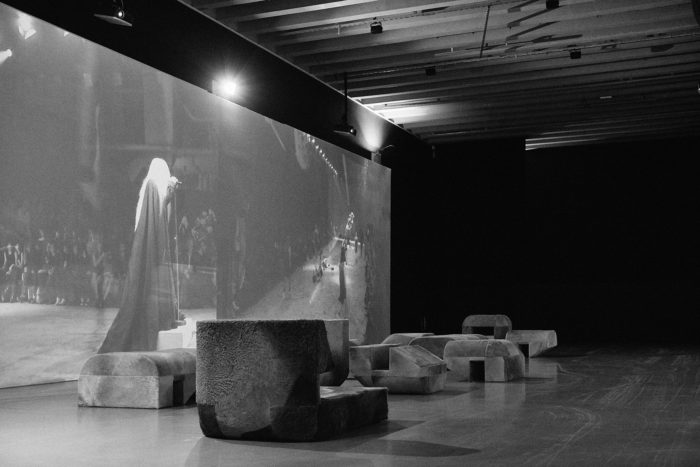 His first retrospective, INHUMAN SUBHUMAN SUPERHUMAN, a maze-slash-catwalk-like exhibition at the Triennale il Milano presents this mad world with a look through his fashion archives and logic-defying furniture. The gargantuan ziggurat building looks like a cyber-dystopian Blade Runner scene, making it the perfect space for a designer whose work transgressed the goth from social pariah to the epitome of style goals.

Born in a town on the outskirts of Los Angeles, he is now based in Paris, where he designs his main line, DRKSHDW diffusion line, furniture and sculptures. One such sculpture, whose working title was TURDNADO accompanies you through the exhibition as a colossal, snaking black mass made of Adriatic sand, flowers and some of Rick’s own hair. 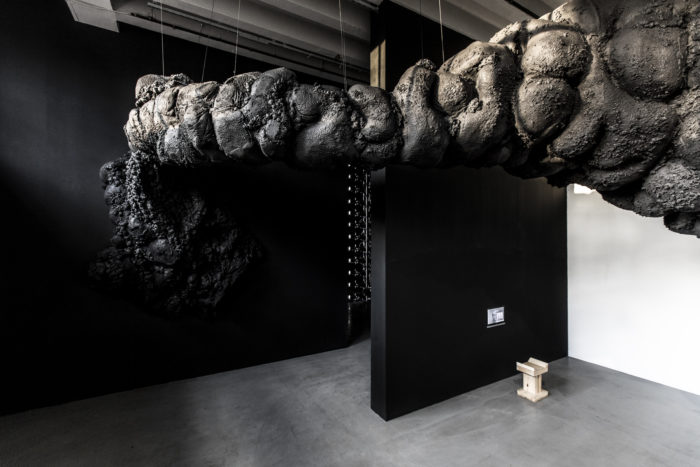 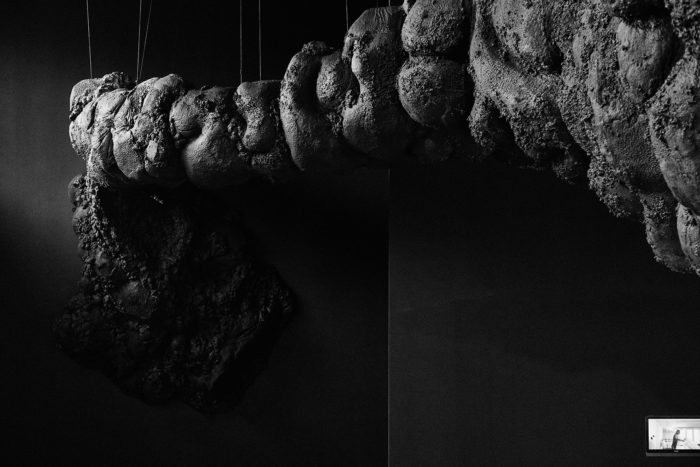 While many designers are obfuscated by their designs, often remaining faceless except a few shots of them closing their own shows. Rick Owens’ physicality and his playful dissection of his own image is a crux of the brand. His stores are decorated with various life-life Rick Owens replicas in various states of urination or in some cases, with 2ft lizard tails.

The designer’s penchant for drop-crotch pants and cloud-like ephemera surrounding the body continuously makes clothing interesting, defying the rules of what we imagine certain clothes should have to look like. Although there is a degree of function to his otherworldly form, he once said that every jacket he makes must have pockets to accommodate a book, a passport, and a sandwich. 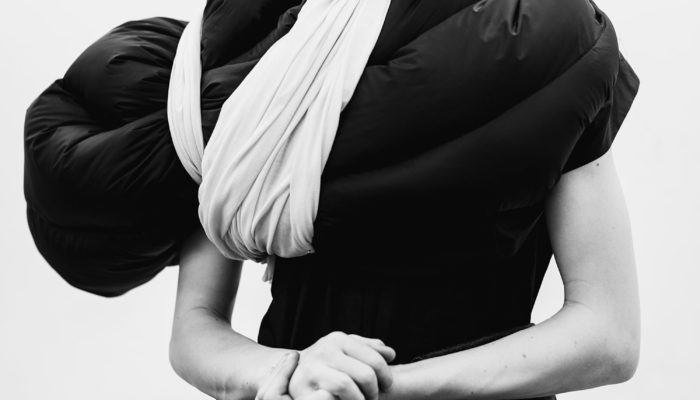 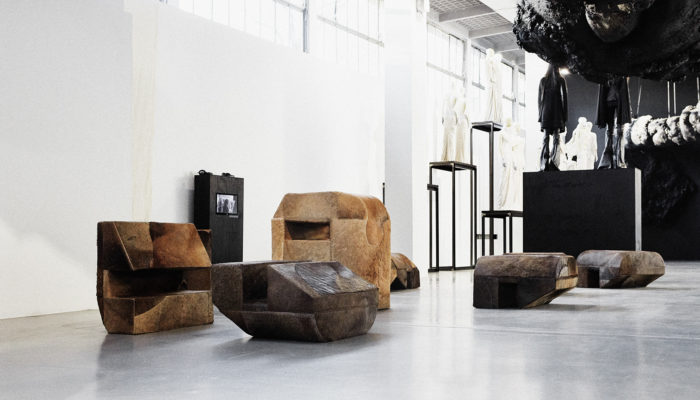 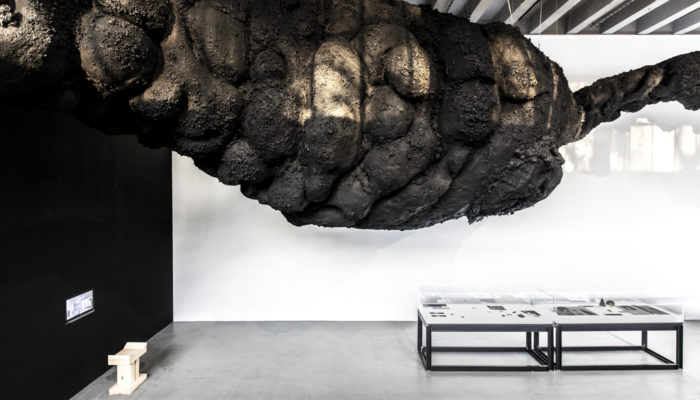 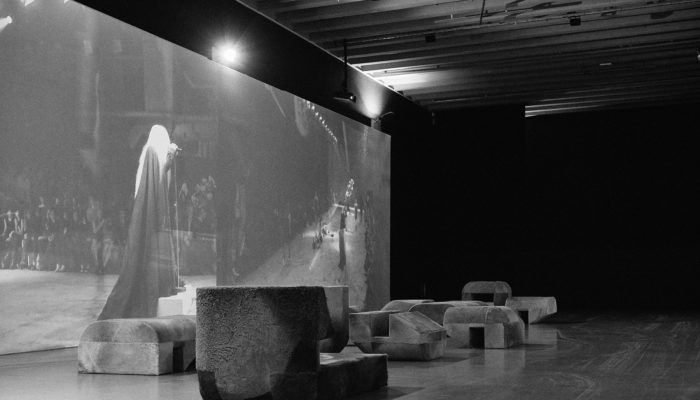 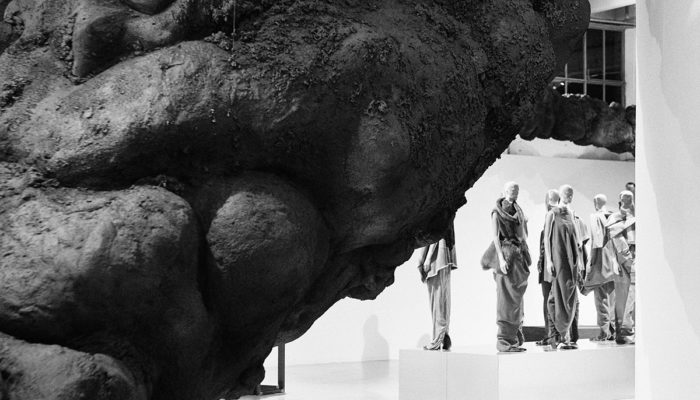 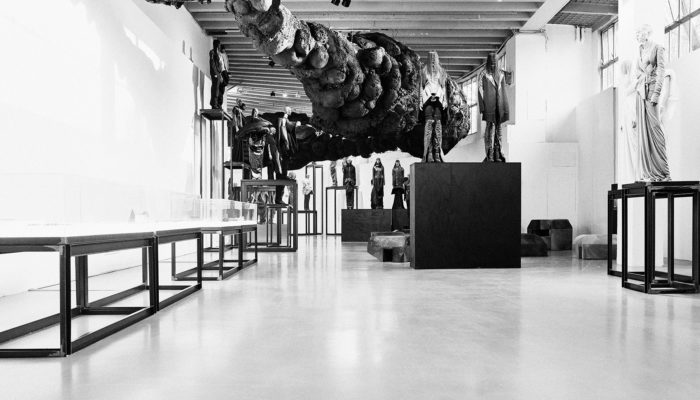