This Autumn/Winter rising superstar Halsey will help mark 30 years since we all began to first repeat the now famous acronym, “DKNY.”  The little sister to fashion designer Donna Karan’s eponymous mainline label, DKNY began during the ‘diffusion line’ era of fashion in the late 80s/early 90s when luxury fashion desperately looked for new ways to increase revenue streams beyond just their restrictive and high priced main items.  However, the brains behind DKNY were clever enough to know early on that a designer name at a cheaper price would only sustain the new business model for so long.   Thirty years later and that foresight led to the label outlasting most of the competition from other diffusion lines by evolving into a lifestyle brand that really leant into the ‘New York’ in its acronym.  There are now seven different categories under the DKNY label, including Men, Kids, Underwear and Active – the grandkids to the Donna Karan label. 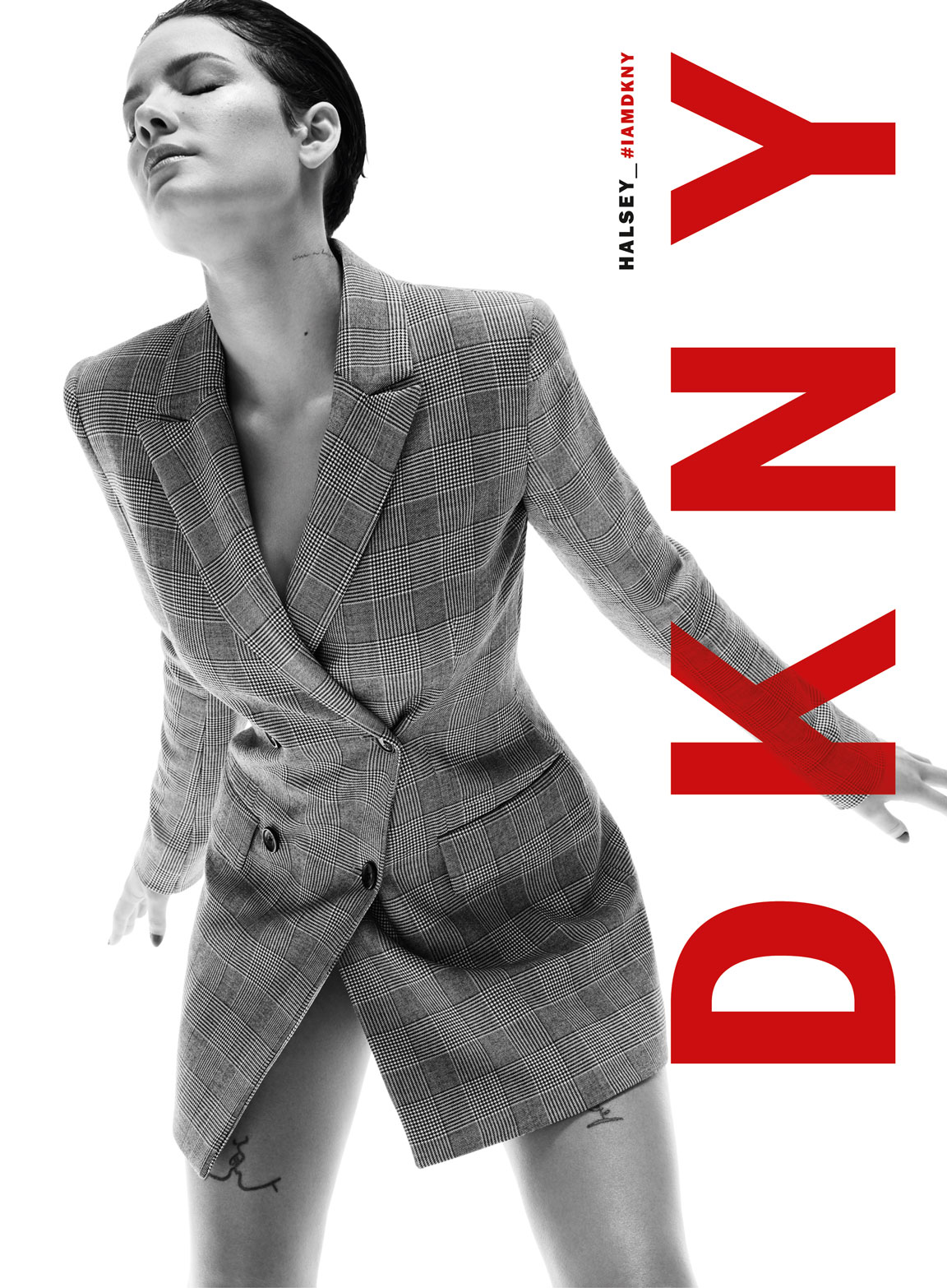 As a way of making some noise about their anniversary, DKNY looked to New Jersey native, New York resident, acclaimed recording artist and outspoken activist, Halsey, to front their new campaign for A/W19.  Since she hit the airwaves in 2016 her soaring voice and uncompromising attitude to life has made her more than just your average pop star.  For example, performing at the Victoria’s Secret fashion show in November last year didn’t stop her immediately publicly taking the organisation to task for the lack of transgender models she saw employed at the show.  It’s that kind of uncompromising attitude and her own urban future punk sense of style that has made her a perfect ambassador for the new DKNY season. 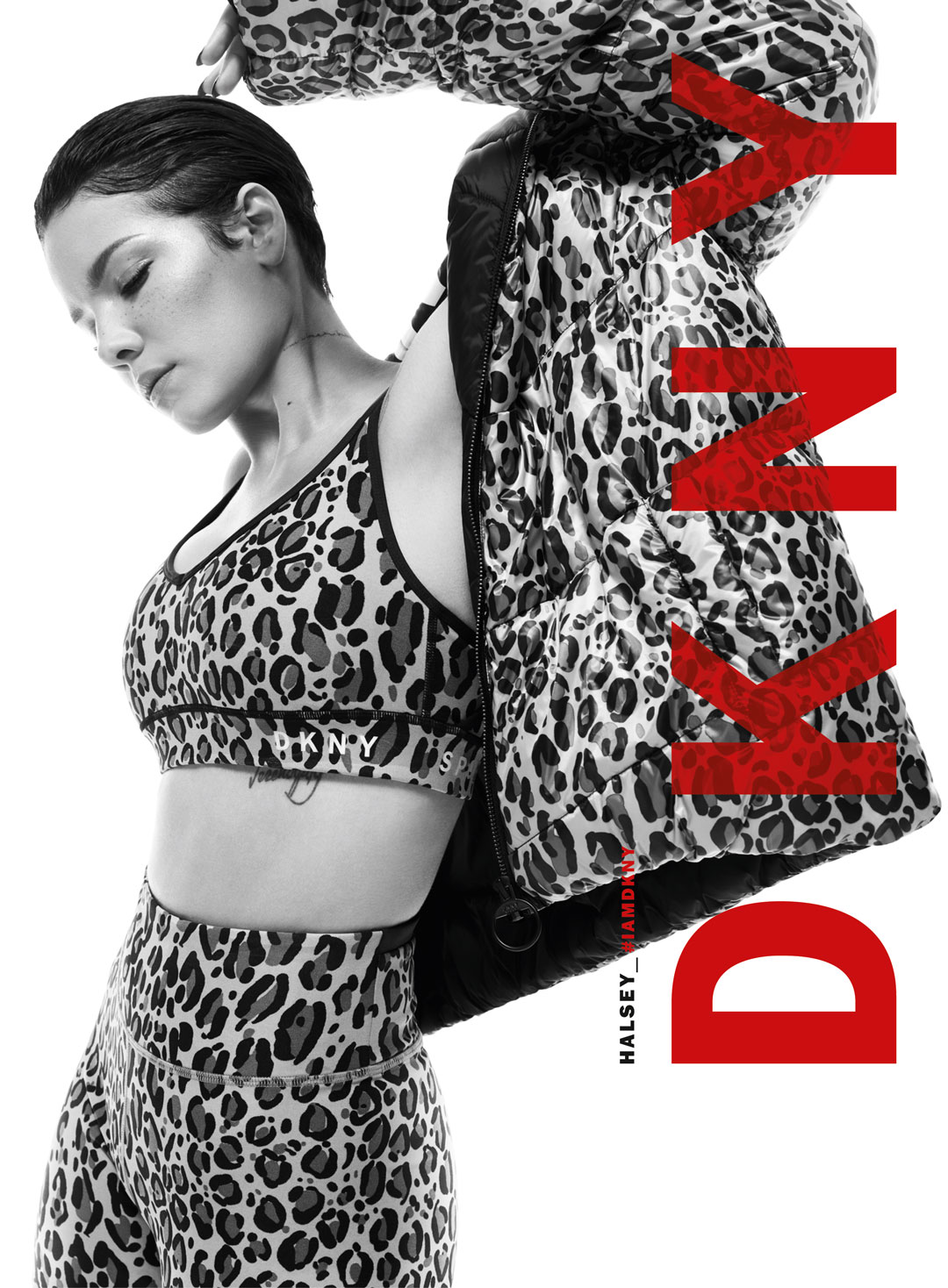 In fact,  Halsey’s star is on the rise so much that she arguably won Sunday’s VMA awards without actually winning an award on the night (except as the featuring artist on BTS’s ‘Boys With Luv’ in the first – and surely to be short lived – K-Pop category).  Her rock chic sheer orange gown combined with a black bra and underwear set was topped of with a rainbow motif in her hair that not only telegraphed her position on LGBTQ issues (she’s openly bisexual) but also guaranteed her all the red carpet column inches in the style press. 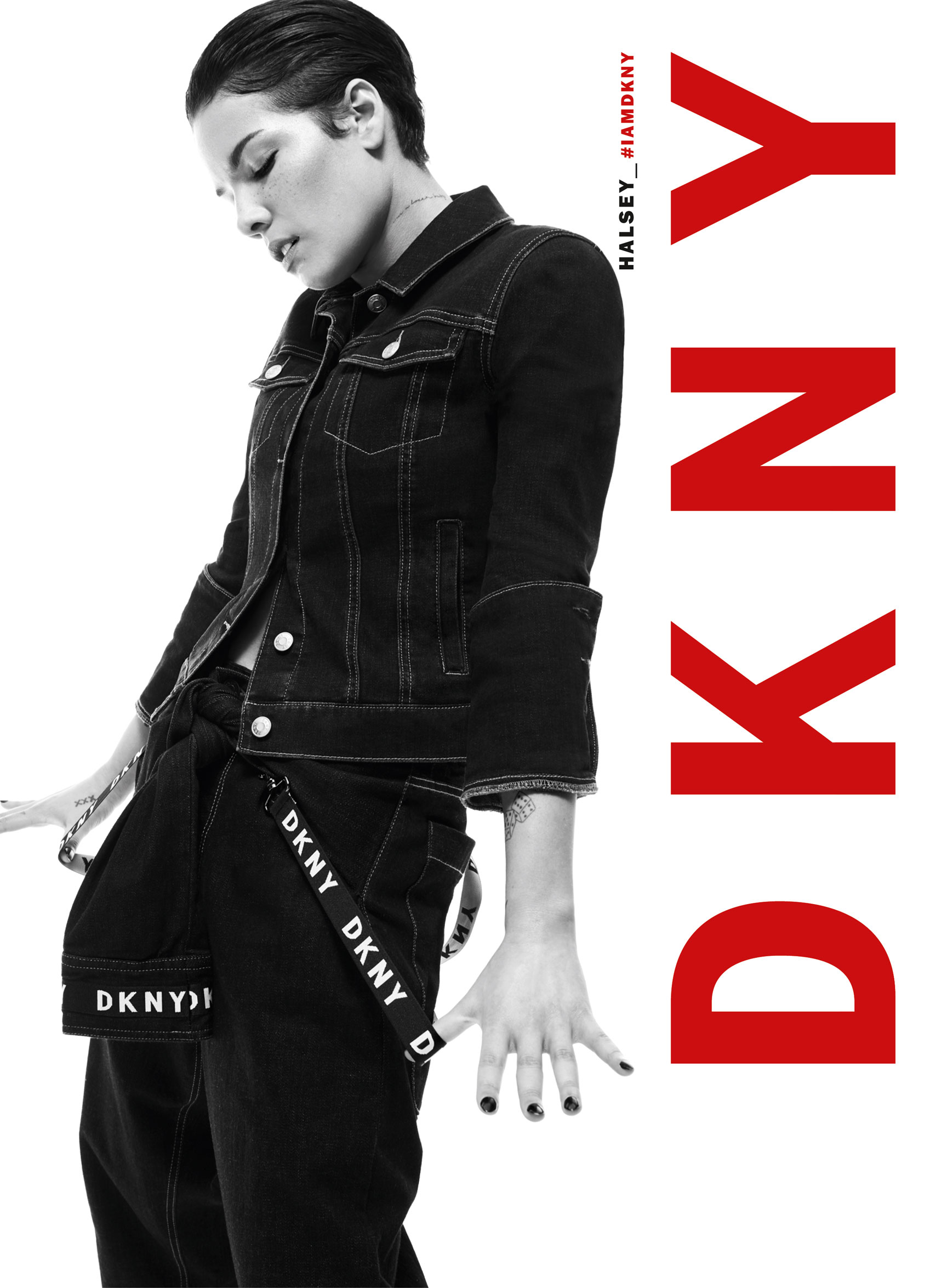 In the new campaign itself Halsey is seen sporting checked suiting, raw denim and leopard-print leisure wear that perfectly reflects DKNY’s cosmopolitan urban city roots.  The images, shoot by photographer Amy Troost, are presented in black and white with bold graphics in bright red to invoke the DKNY campaigns of the 90s and as a nod to the company’s long 30 year heritage in global fashion.

“DKNY is the spirit of New York.  It’s diversity and drive.  It’s hard work and a pinch of destiny.  They say if a bee strays too far from its hive, it will die.  DKNY keeps my home in my heart, and the magic in my mind.  It’s an honour to be part of their 30th birthday.” – Halsey. 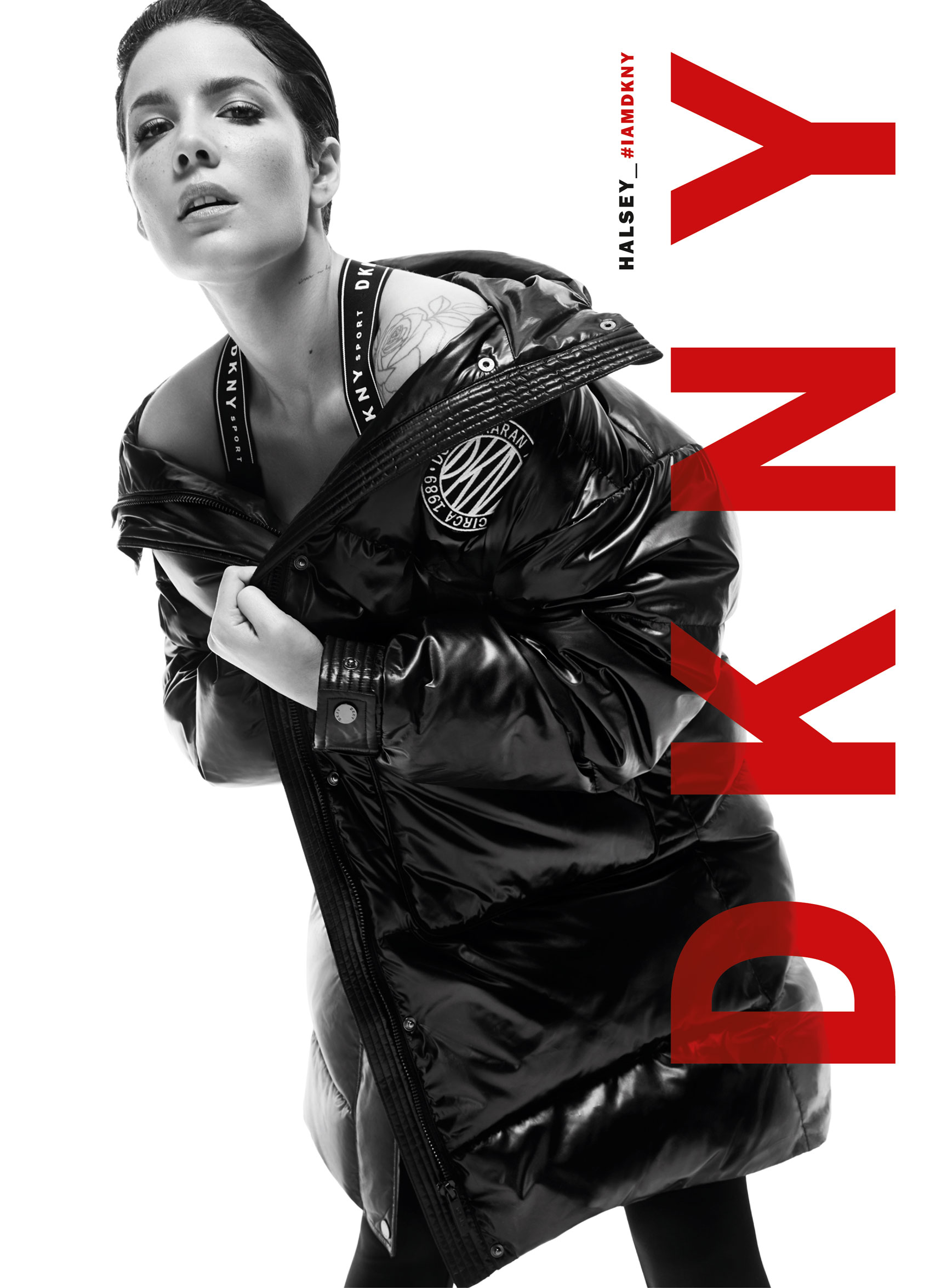 Click here to see the campaign clip featuring Halsey check out THE FALLtv.