Since the 17th Century, plants from across the Earth have been brought to Paris’ famed Jardin des Plantes and cross-pollinated to create vibrant and enthralling new species.  Therefore the musée was the ideal backdrop for the Givenchy SS23 show at Paris Fashion Week.  For the new collection, creative director Matthew M. Williams created a specialised cultural graftage that drew inspiration from timeless Parisian sophistication and effortless Los Angeles cool. 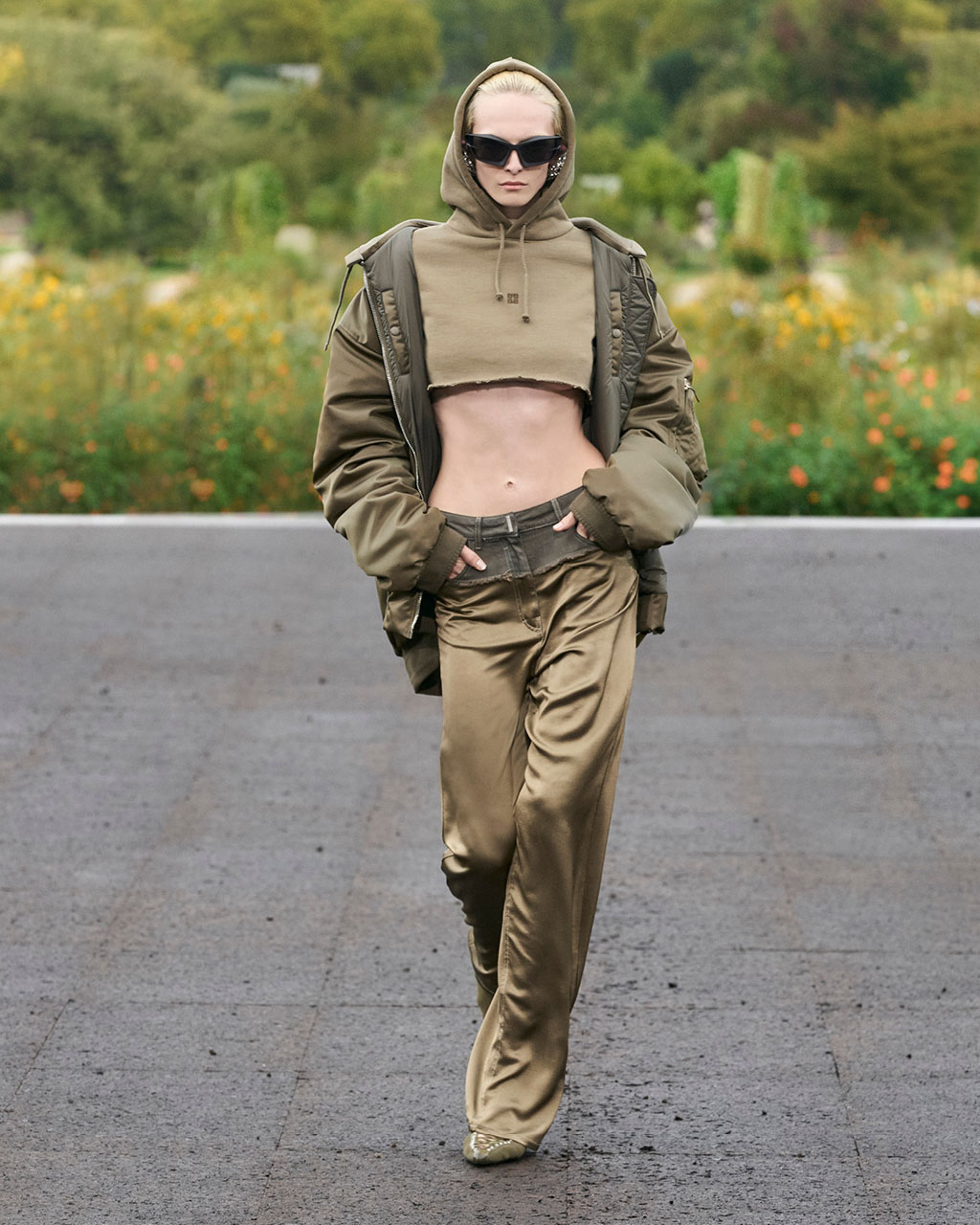 “This collection is an investigation into the dress codes that tie us together across mentalities and continents,” said the designer.  As such, Williams reinterpreted styles from the Maison’s founder Hubert de Givenchy, who introduced Francophilic opulence to gleeful mid-20th Century American cinema audiences.  Prevalent throughout were sharply tailored tweed and boucle box jackets that sat comfortably alongside distressed denim and bras reimagined as galvanised harnesses and worn as tops.  Delicately ruffled collars and sleeves held their own next to cargo shorts and biker jackets for an alluring hybrid of Audrey Hepburn’s abiding elegance and Santa Monica Beach savior faire. 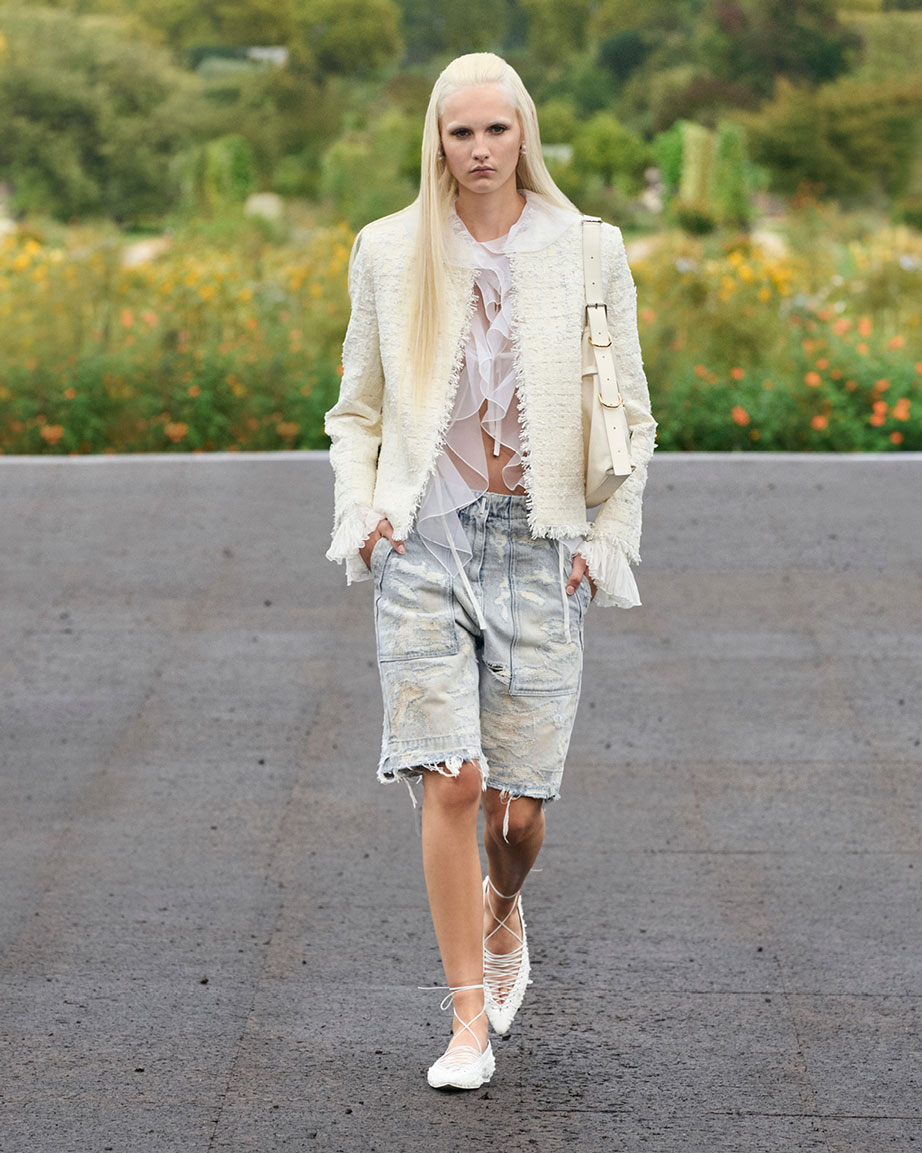 Elsewhere, traditional masculine archetypes were re-appropriated, and military paradigms such as trench coats and bomber jackets were elevated with cinched waists and the finest Parisian weaves.  This duality also extended to accessories in the shape of the new statement bag, the Voyou.  Constructed from tumbled calfskin, it featured an exaggerated strap and etched hardware that winked to the harness detailing seen in other places.  The rebellious attitude of contemporary urban bikers combined with an air of uncomplicated French chic for fresh visual stimulation. 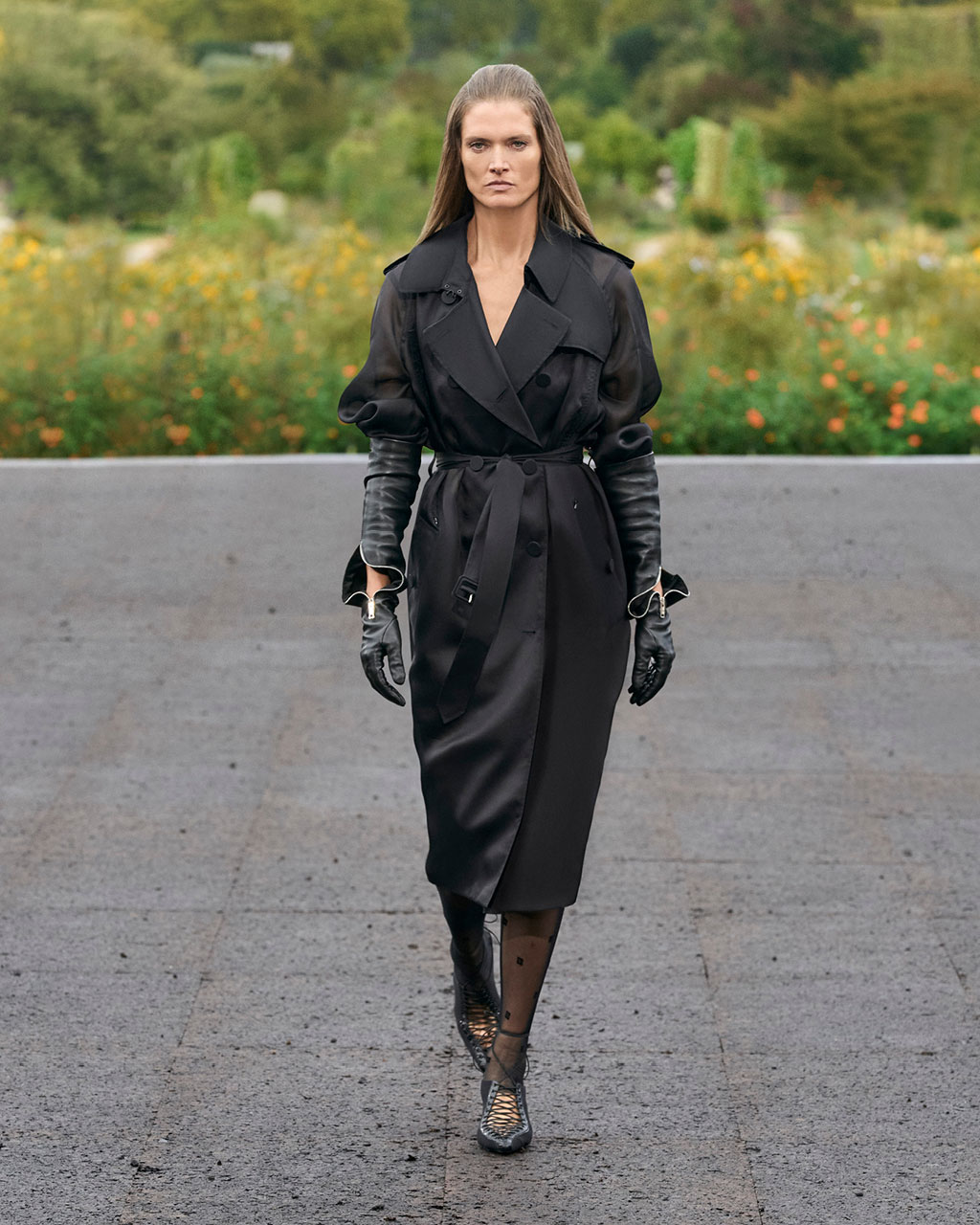 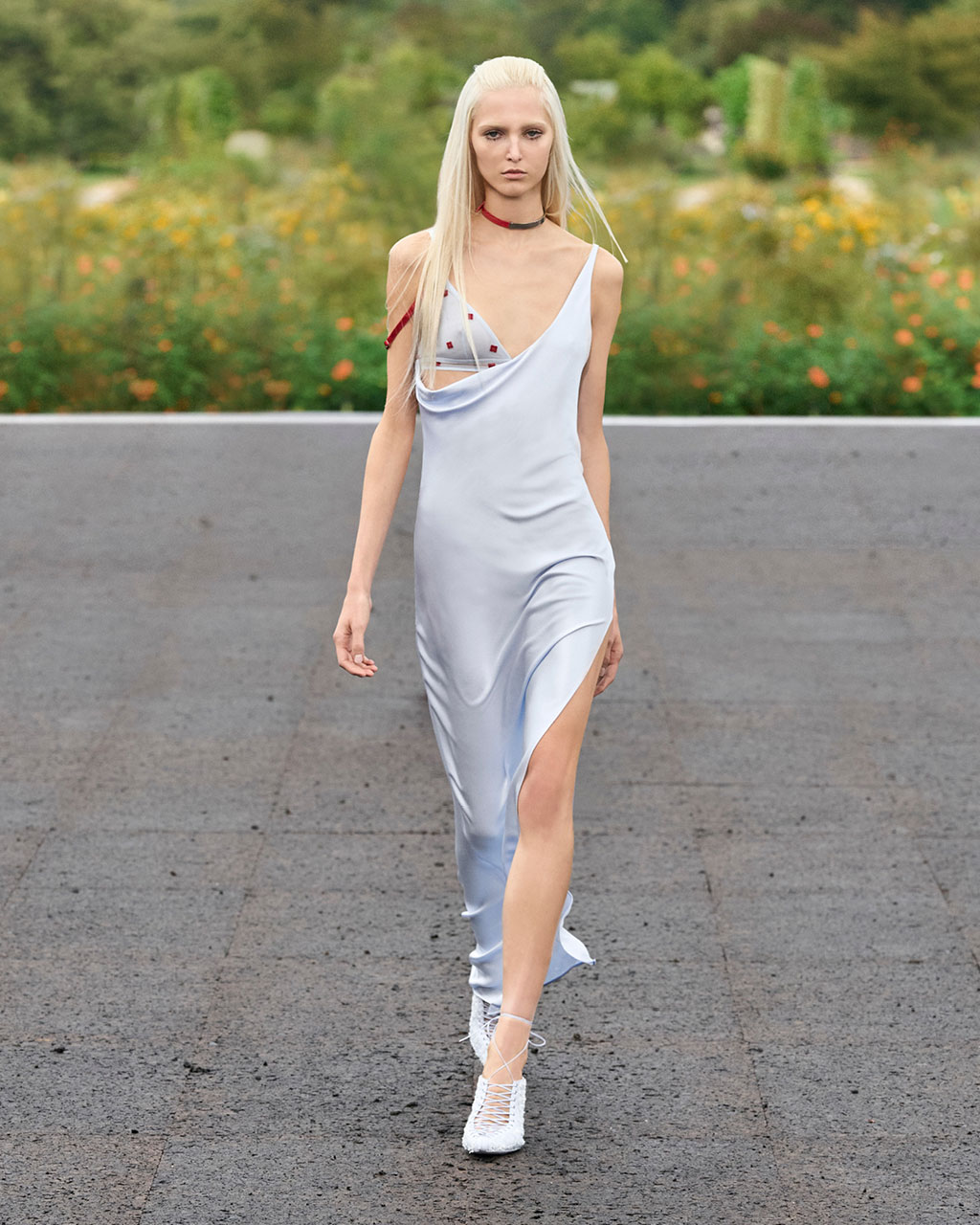 In the same way that scientists have created new botanical wonders at le Jardin des Plantes, so too did Matthew M. Williams via an inspired amalgamation of the chic and the cool.  Despite the geographical distance, France and America have never been so close or worked as well together as they will for Givenchy SS23.