Everyone knows how important sportswear is and has been to fashion in general and no brand is more at the centre of that sartorial storm than FILA.  For the hip hop heads among us, The FILA Fresh Crew out of Dallas back in the 80s was not only music group, it was also a statement of style put to ‘wax’ that cemented FILA’s status as one of the major culture wear brands in the world.  That history and heritage has now come full circle with the release of the FILA Anniversary collection that delves into the archives to take the former iconic styles from the slopes, courts and tracks of yesteryear  and re-contextualises them for a modern, hyper-fashionable audience. 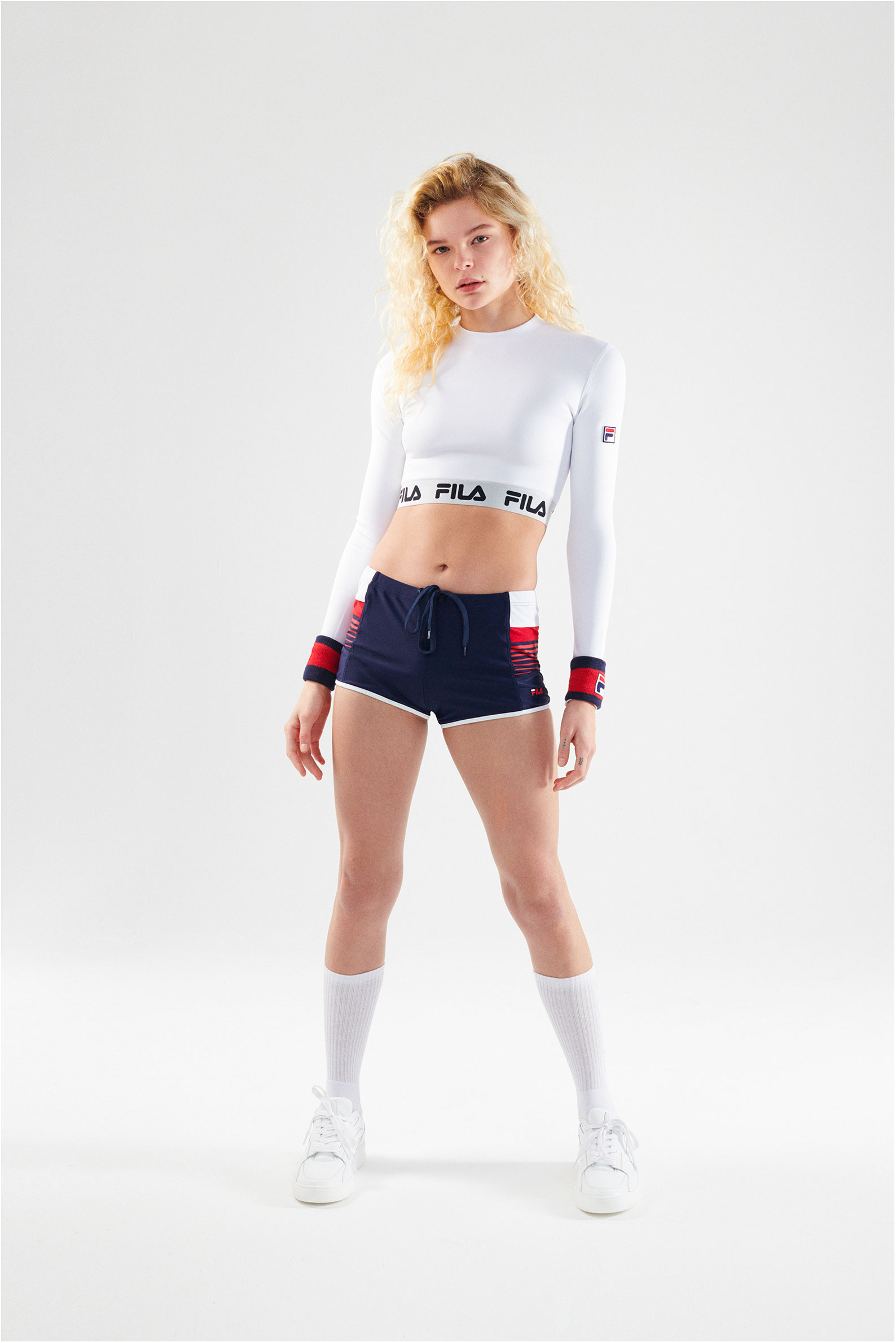 To help with this re-contextualisation , FILA recruited the steady eye of Uberstylist and creative director Katie Grand to curate the new collection.  Grand took a full 360 degree look through the archives to get at the essence of what made FILA one of the go-to choices for the fashion and culture crowd.  Tennis, Mountaineering, Watersports, Aerobics, Basketball, Golf and even Motorsports – they all form part of the new school with that touch of the vintage that makes things so appealing.  The signature colours are recognisable to us all, even to those who perhaps don’t pay as much attention to these things as we do – the familiar black, white, red and navy are all punctuated with pops of bright orange, yellow and green to add new chapters to the story.

I chose pieces from the archive I responded to immediately: I was surprised how modern most of them look and that’s mainly down to having such an iconic logo and branding – Katie Grand. 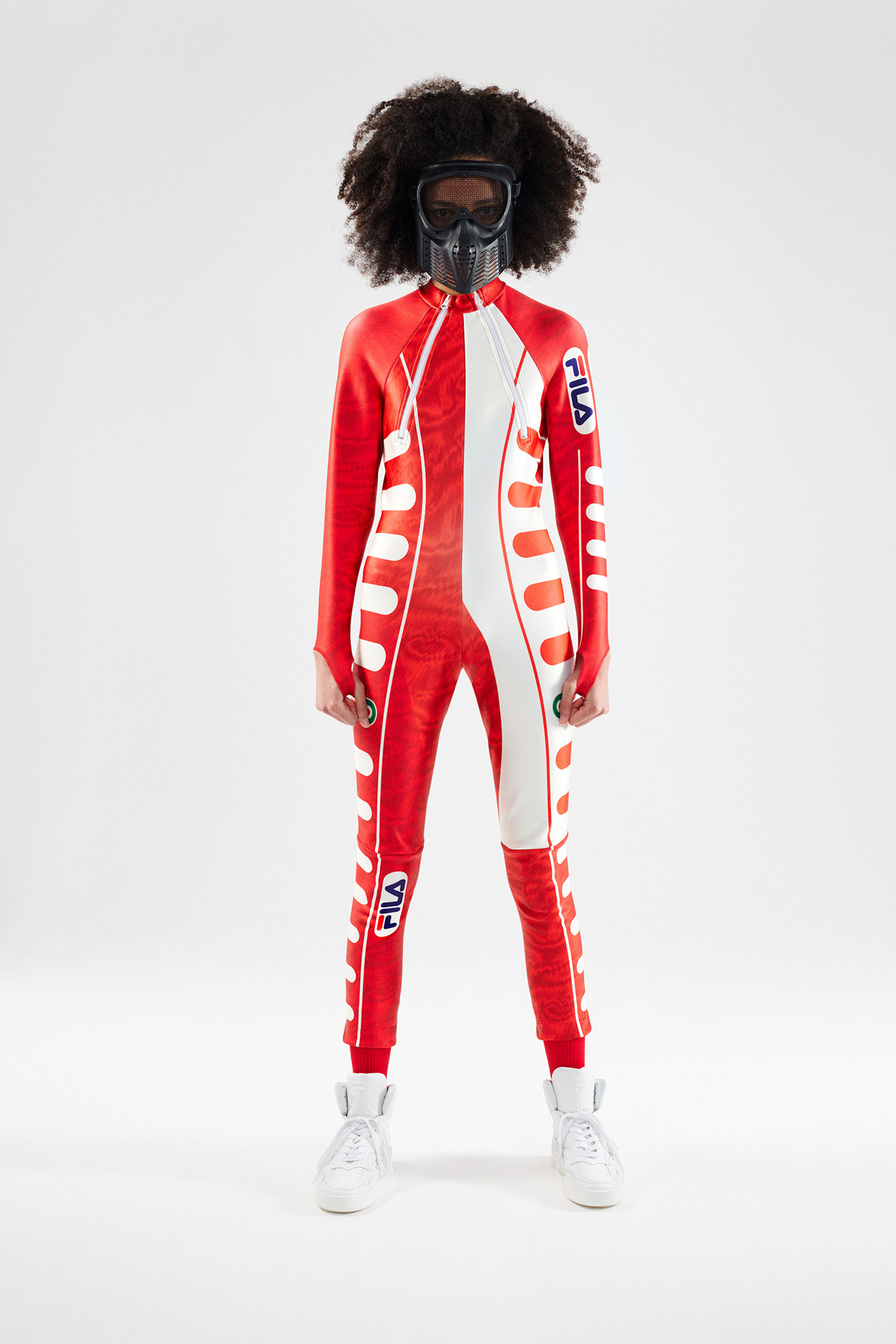 There’s also a continuation of FILA’s long connection to old-school hip hop culture in the release of the show film that accompanies the new collection.  One of the anthems from ‘back in the day’ came from original rap pioneer Schoolly D out of Philadelphia with Put Ya FILAS On, the perfect song for the soundtrack to the show film.  Directed by Steve Mackey, the film takes us on a mesmerising journey of FILA’s iconic apparel status using seemingly endless videogame graphic walls and sharp camerawork and film edits.  Ironically, with this new collection that has so much of FILA’s past on display, it’s the future all eyes are firmly on:

Everyone has pretty much spent the last year in much more practical clothing.  We’ve not really had anywhere to go, so the focus on fashion has shifted hugely towards something more practical and longer lasting.  The quality of sportswear means you can wear it over and over and not have to replace it – Katie Grand. 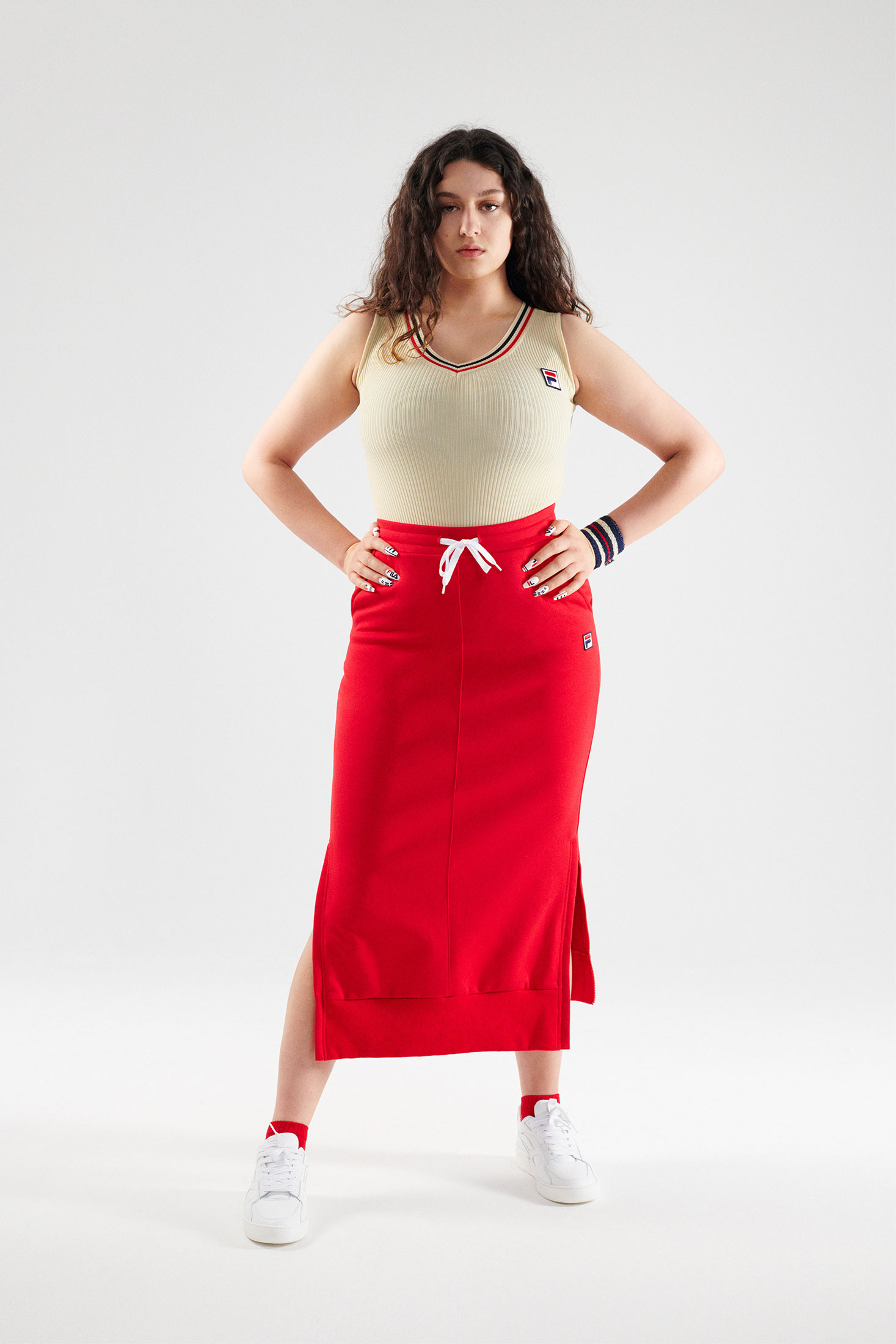