There’s a saying that goes, “the best predictor of future success is past success,” and it’s a concept that applies perfectly to two major new exhibitions coming our way from fashion giants Giorgio Armani and Saint Laurent.  Perhaps an even better famous maxim states: “the best way to know where you’re going is to understand where you came from.”  This is something that any business in any industry, not just luxury fashion, has to pay very close attention to in order to succeed.  Alexander McQueen’s Roses exhibition at their flagship store in London is a perfect example of honouring a significant part of their recent history to be able to draw a straight line of creative evolution from that point to where they sit in fashion now. 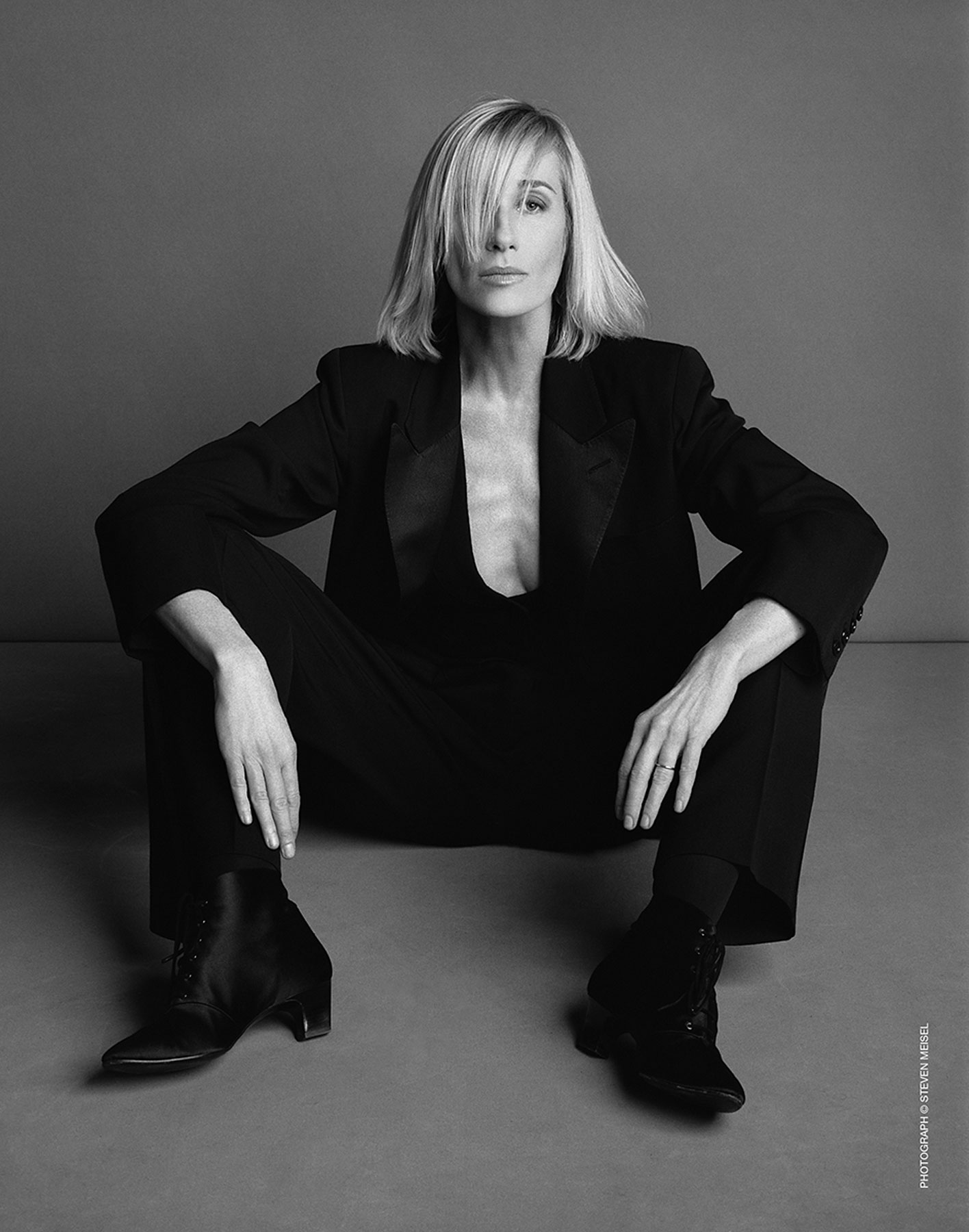 The new Saint Laurent exhibition, Betty Catroux, Feminine Singular, approaches that same ethos but from a different angle.  Betty Catroux is the celebrated French model famous for a masculine image that completely subverted the expectations of the era.  She soon became a life-long artistic inspiration for Yves Saint Laurent himself after they met in a Paris nightclub in 1967.  Yet, despite Catroux being one of the biggest names in modelling at the time, she never directly worked for Saint Laurent.  Their relationship became a much more personal and close affair, with the designer soon thereafter almost creating his collections specifically to be seen on her renowned lanky, androgynous frame.

She’s perfect in my clothes. Just what I like. Long, long, long – Yves Saint Laurent, 1968

I’ve always been captivated by what’s masculine. Always wore jeans, a man’s jacket… I don’t feel like a girl or a boy, but more in a seductive position when dressed in boy’s clothes – Betty Catroux, 2014

The relationship between the two became almost symbiotic and as a celebration of a friendship that lasted right up until Saint Laurent’s death in 2008, the current Saint Laurent artistic director, Anthony Vaccarello, has teamed up with Catroux for an exhibition at the famous Musée Saint Laurent Paris.  The exhibition will feature over 300 haute couture and ready-to-wear Saint Laurent pieces that Catroux amassed in her personal collection from her time with her close friend.  For the Fondation Pierre Bergé – Yves Saint Laurent, created to preserve and promote a the legacy of Yves saint Laurent as an icon of French history, Catroux’s donation represents the largest single donation they’ve received since its inception in 2002.  This also happened to be the year the YSL couture house closed its doors for the final time, placing an extra significance on the contemporaneous history described by the 180 couture pieces on display in Catroux’s collection. 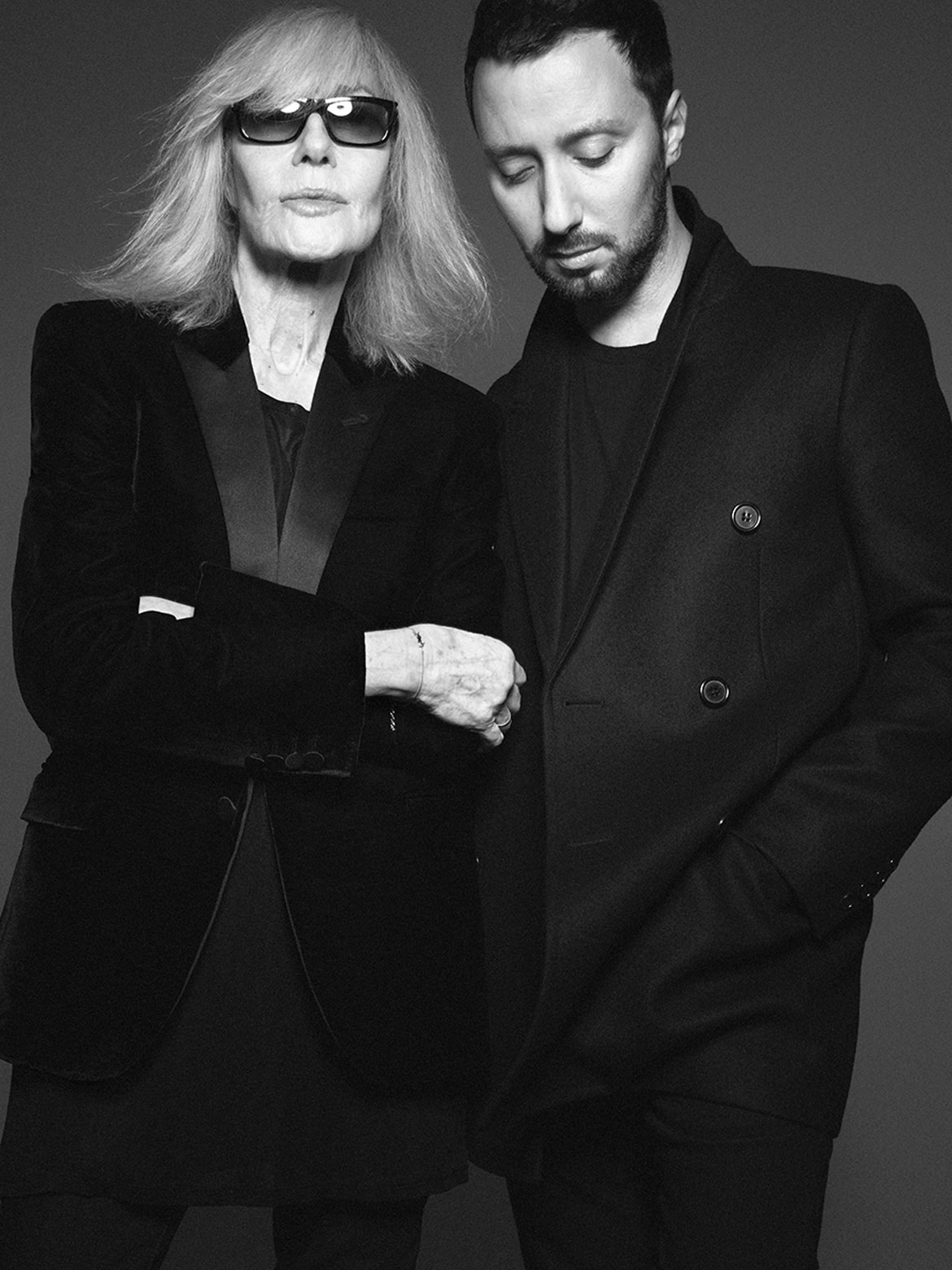 For Giorgio Armani their announced new exhibition at their Amani Silos exhibition space, Heimat. A Sense of Belonging, approaches fashion history with a much wider lens.  The exhibition focuses on the life’s work of one of fashion’s most revered photographers, Germany’s finest and frequent Armani collaborator, Peter Lindbergh, who sadly passed away late last year at the age of 74.  Lindbergh was not just a famous photographer, he was a pioneer in the art of fashion photography – in much the same way Armani is a recognised pioneer in luxury fashion.  In that sense, it’s not surprising to see one pioneer celebrating the amazing contribution to his industry of another pioneer.

A fashion photographer should contribute to defining the image of the contemporary woman or man in their time, to reflect a certain social or human reality. How surrealistic is today’s commercial agenda to retouch all signs of life and of experience, to retouch the very personal truth of the face itself? – Peter Lindbergh

It’s these sort of particularly unique viewpoints, which were far ahead of their time when he espoused them, that informed the Lindbergh aesthetic and made him the one-of-a-kind, history-making artist that he is.  Armani’s exhibition, which includes unpublished as well as published works, is the Italian master’s way of highlighting Lindbergh’s unmistakable impact on fashion history for the wider public.