British fashion is arguably best known for two things above all else.  The first is that great institution known as London Fashion Week.  In less than two weeks, the eyes of the world will once more turn their attention to the nation’s cultural capital to see what our designers have to offer.  With that in mind, it feels entirely appropriate that the dunhill AW22 collection is a love letter the country’s other sartorial institution: tailoring.  Entitled Uniform, creative director Mark Weston has boldly chosen to re-write the rules of the timeless suit.  Now, traditional masculine silhouettes are imbued with a decidedly Anglophilic disruption to create the ultimate celebration of modern Britishness. 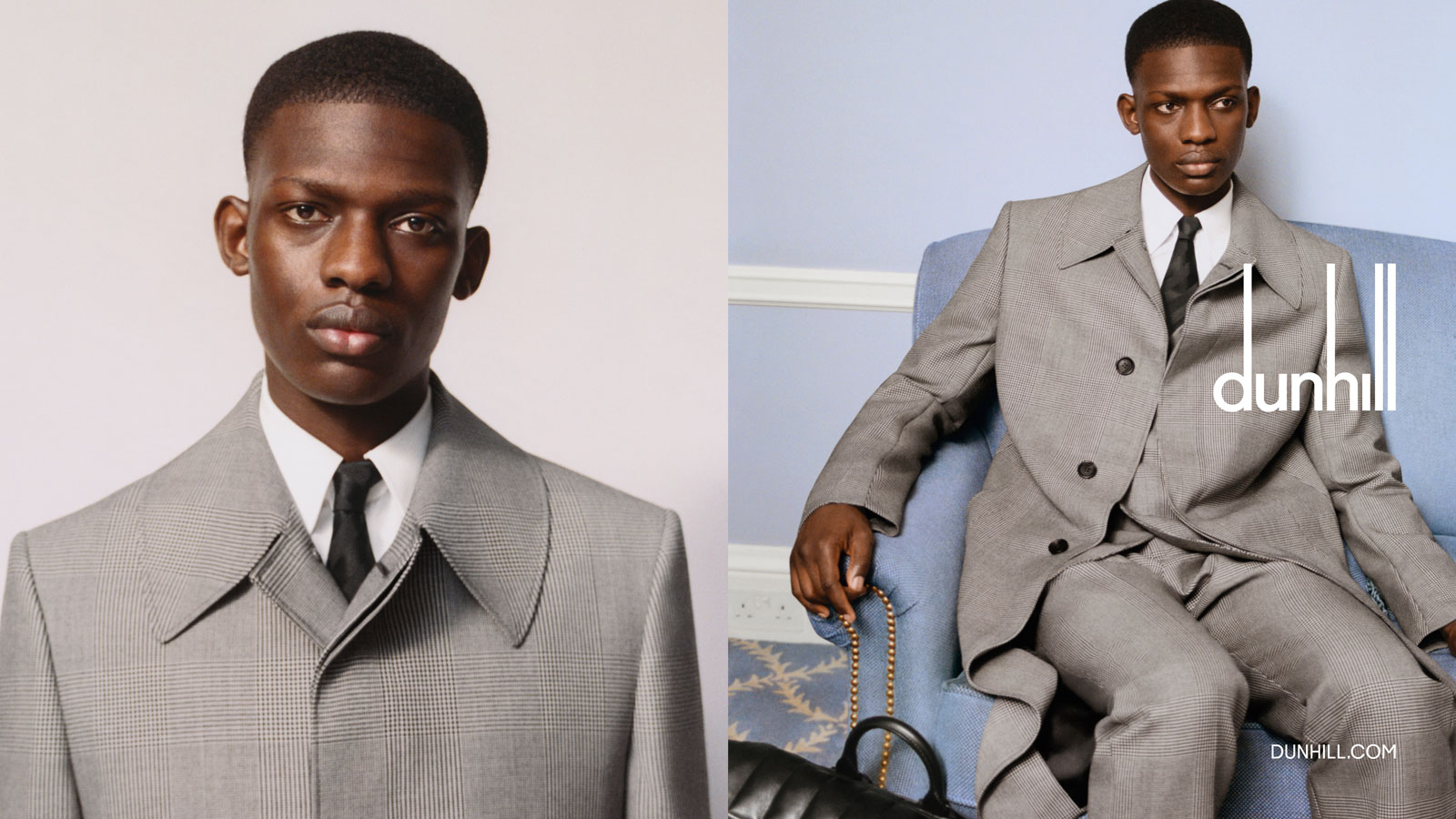 The campaign imagery, from the lens of photographer Scott Gallagher, juxtaposes early 19th century portraiture with the quiet realities of 21st century life and multiculturalism.  Shot in the once aristocratic Belgravia against regency-style interiors, the editorial sits alongside the candid, offering an authentic and intimate ambience. 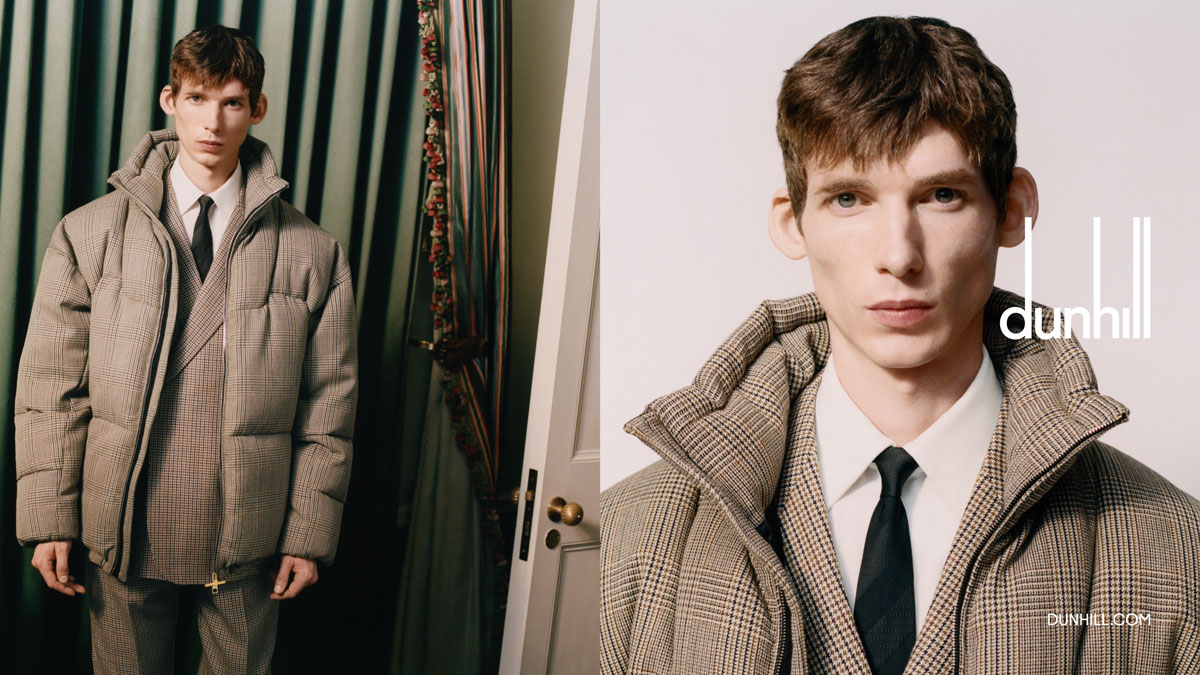 The accompanying film takes on an anticipatory and pensive atmosphere.  The cast check their mobile phones, look out of windows and take in their lavishly-but-tastefully decorated environment.  There’s a sense of waiting for something, underwritten by a gently building score of percussive clicks, hollowed-out beats and rhythmic notes.  What that something is remains undefined and, tantalisingly, just out of reach.  Perhaps it serves as a commentary on life in modern Britain: nobody knows what’s around the proverbial corner.  Into this uncertainty steps dunhill, offering a discreet and confident look for the contemporary British man.  In other words: a uniform. 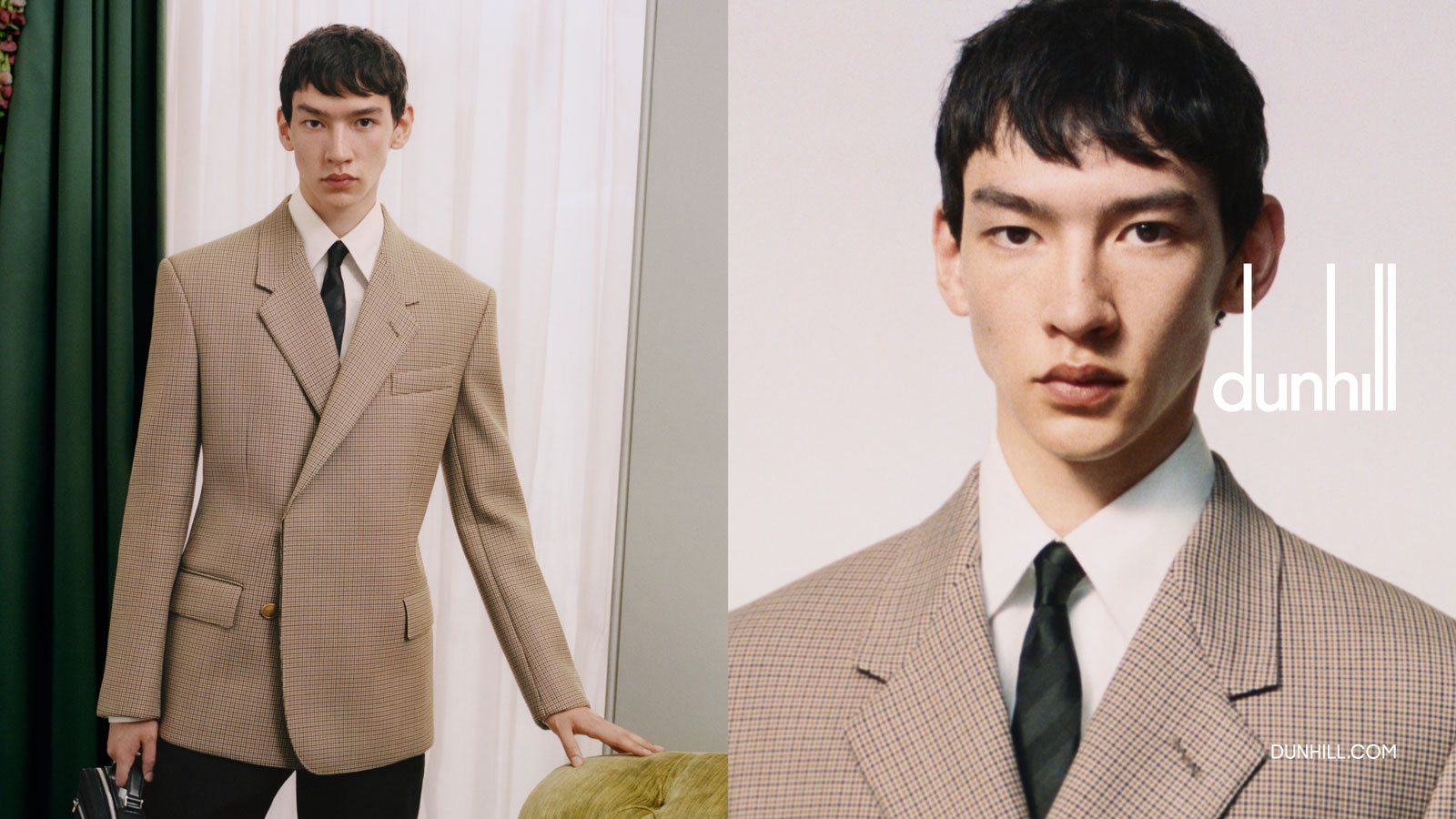 Craftsmanship has always been at the heart of dunhill’s brand since its founding in 1893, and the new offering continues in the same vein.  That classic Edwardian perennial, the Prince of Wales check, finds itself as the motif of the collection’s car coat.  Elsewhere, the parka is reimagined in an olive green that instantly transports it from the city to the country for a game of croquet. 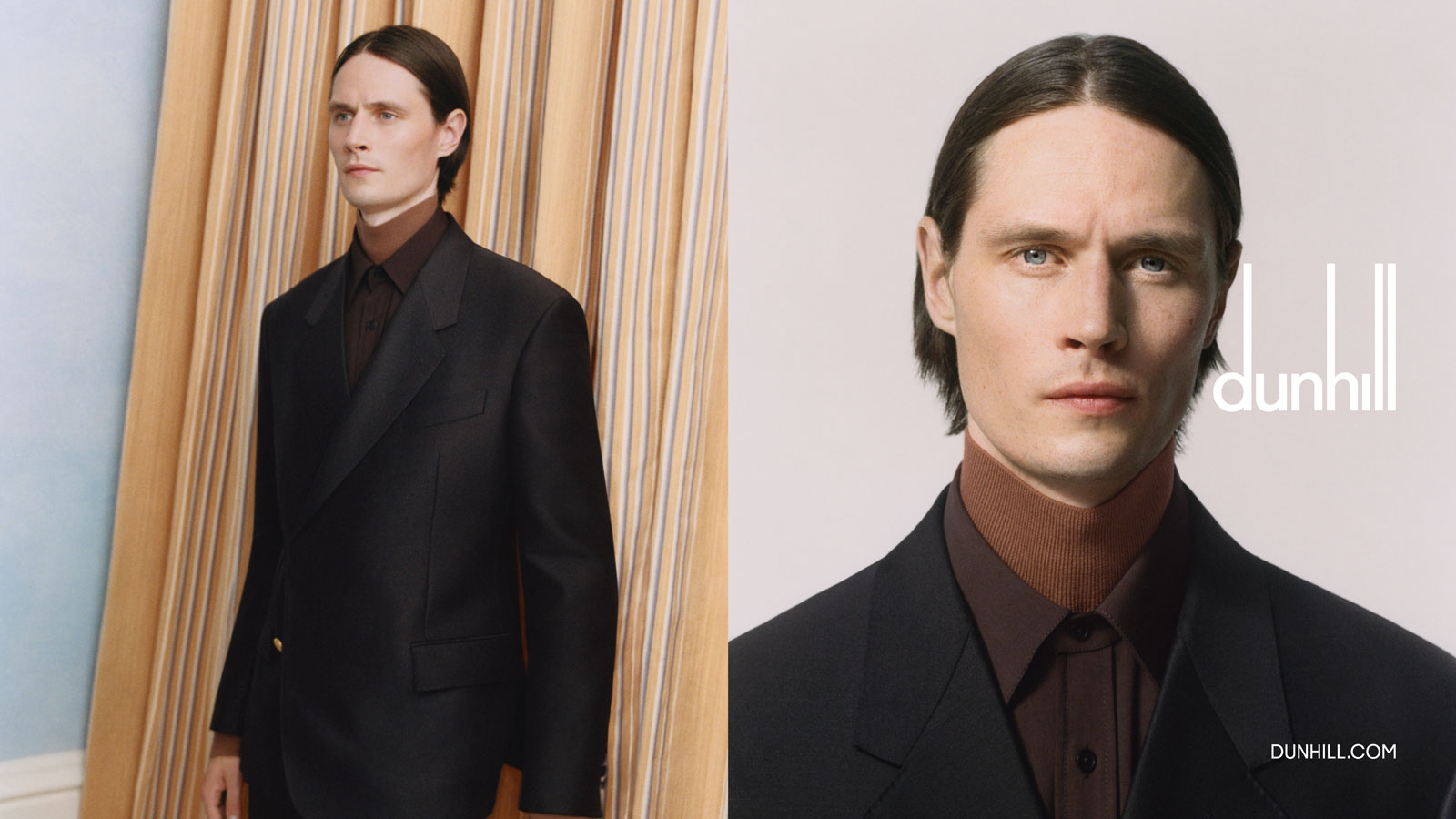 Meanwhile, the down coat recalls the heady days of Sir Stirling Moss and the Vanwall VW5 – perhaps a nod to the brand’s history as a maker of luxury motoring accessories.  This is, without a doubt, a collection that pays homage to tradition while keeping its eyes squarely on the future.  Just like modern Britishness. 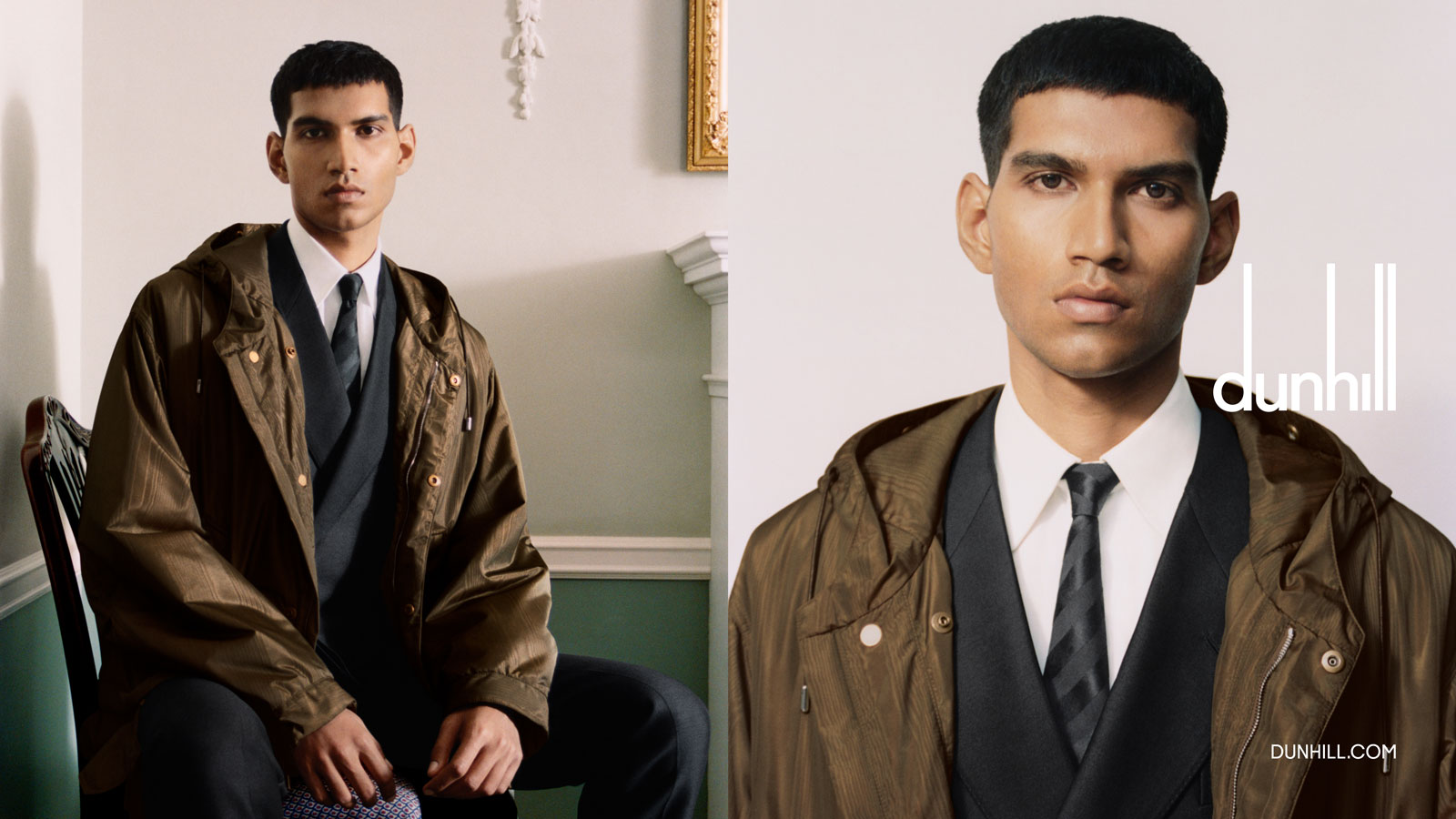