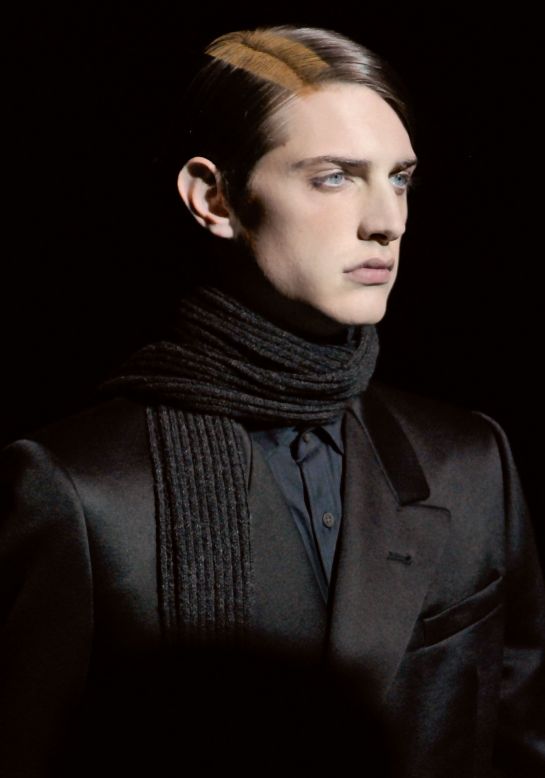 Following Dries Van Noten’s 100th collection in March earlier this year, the Belgian designer is commemorating a 30-year legacy with a new retrospective book. Released in two volumes, titled 0-50 and 51-100 respectively, each box (it’s a book that comes in a box) is an illustrative guide to the designer whose garments forged together high fashion, fine art, and intellectualism in a way that set a precedent for the abundance of modern designers emerging and thriving today. With extended notes from renowned editors, Tim Blanks and Susannah Frankel, Dries Van Noten 1-100 is a mandatory addition to any fashion library with over 2000 photographs from the brand’s genesis in 1986 London to the present day.

In a fashion landscape where pool sliders and tracksuits are still a pinnacle of high-end luxe, we must re-work our concept of what it means to represent “luxury fashion”. A précis of a designer like Dries Van Noten can reveal how we got here, and why his brand, in spite of zero advertising has succeeded in being a veritable, consistent cornerstone of high-end fashion with no reliance on gimmicks and aside from occasionally designing dresses for the Queen of Belgium, a complete lack of egregious celebrity endorsement.

“I like the idea that this commemorates my past so that I may just focus on the future and further evolving as a designer from now. I originally published a book to commemorate my 50th show and so it came naturally to also do so for the 100th. The 100th show itself was a celebration and I wanted to make it last”

Along with contemporaries Ann Demeulemeester and Walter Van Beirendonck, Dries Van Noten forms part of the Antwerp 6, a collective name for a group of designers who graduated from Antwerp’s Academy of Fine Arts in the early 1980s. His clothes and even more so, his approach to business, stands quite apart from other designers. The labor-intensive intricacy of his clothes hails from the designer’s generational background of tailoring, garment-makers, and retailers.

To decode the language of Dries Van Noten, one needs to examine the fine art references and avant-garde prints. His aesthetic is expressive, favouring texture and boldness with a disregard for the pared-down minimalism that propelled other brands like Helmut Lang to the height of cool in the early 90s.

“It is exciting having all the shows in this special object, being able to remember, read and understand the context and inspiration of a show through texts and pictures, not only about the show itself but also on everything surrounding it.”

Whilst successful from the onset with Barney’s in New York and Whistler in London putting in orders to stock his clothing almost immediately, the brand fell into the background amidst more sexualised and contemporary 80s designers such as Yves Saint Laurent before finding a powerful resurgence in the mid-2000s, where opulence once more reigned supreme.

A de facto master of elegance and one of last high-end fashion designer of his kind Dries Van Noten 1-100 will edify fans and enlighten curious aesthetes as to how he turned Belgium the avant-garde mecca that it is today.