To really understand the new Dior men’s S/S2021 campaign you really have to understand who Amoako Boafo is and the influence that he has on the modern art world.  Little more than a few years ago Boafo was a relatively unknown artist struggling to to sell his work and keep himself afloat in his hometown of Accra, Ghana.  Like any artist worthy of the title, money and recognition were not the primary drivers of Boafo’s life but, at some point, passions do need to be financed somehow and the only way that happens is with wider public recognition.  So he moved to Vienna in 2014 and graduated from the Academy of Fine Arts in 2017.  We all know how the next line of this brief biography goes: ‘and the rest is history’. 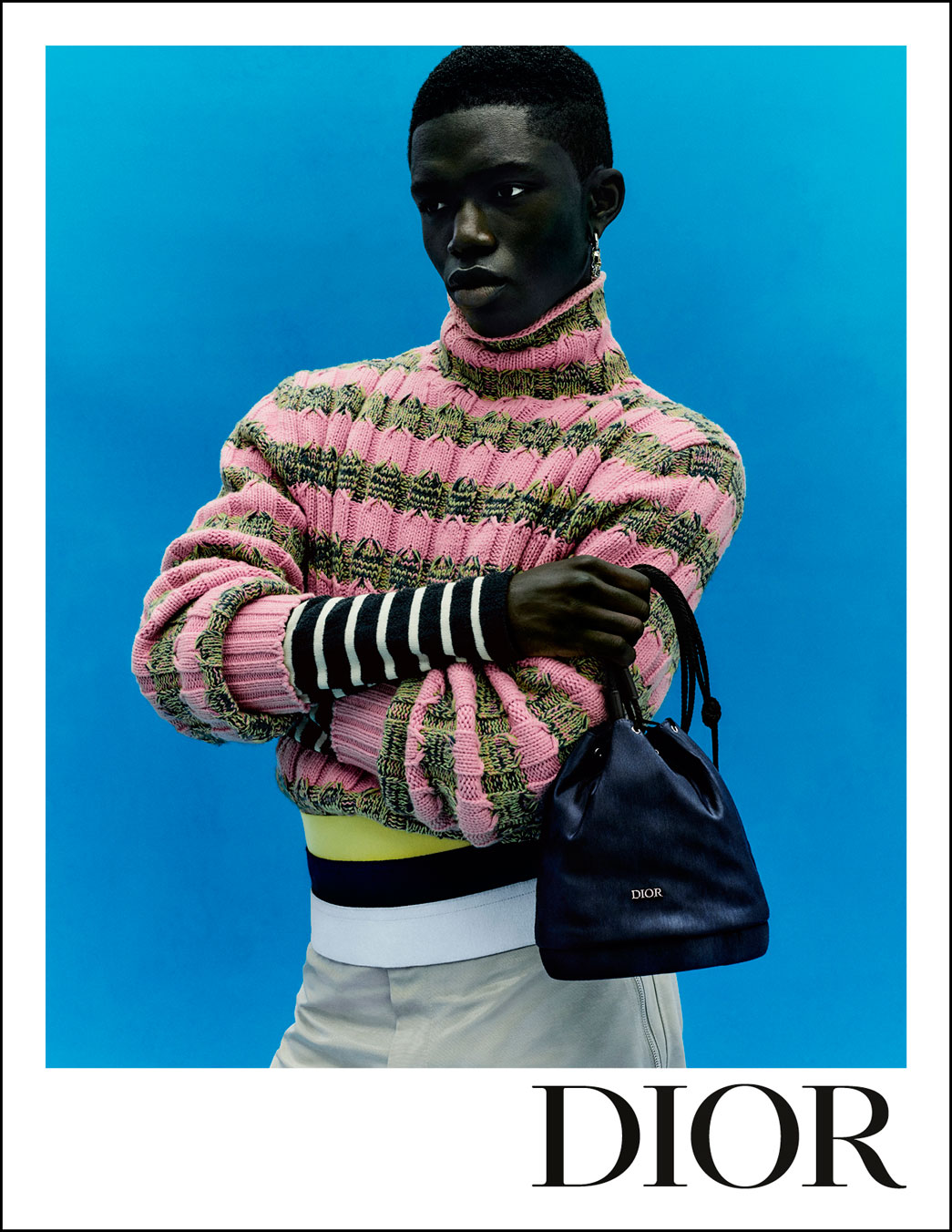 By 2020 Boafo was the hottest name on the circuit at last year’s Art Basel festival in Miami as well as being a suddenly in-demand figure in the wider art world.  This fact was all the more remarkable considering his work was an unmistakable exploration of black, African – particularly Ghanaian – life seen through the eyes of someone who is exactly that.  For the art collector community it was a chance to finally recognise such work as high art in its own right, as opposed to viewing as just (less lucrative) ‘culture’. 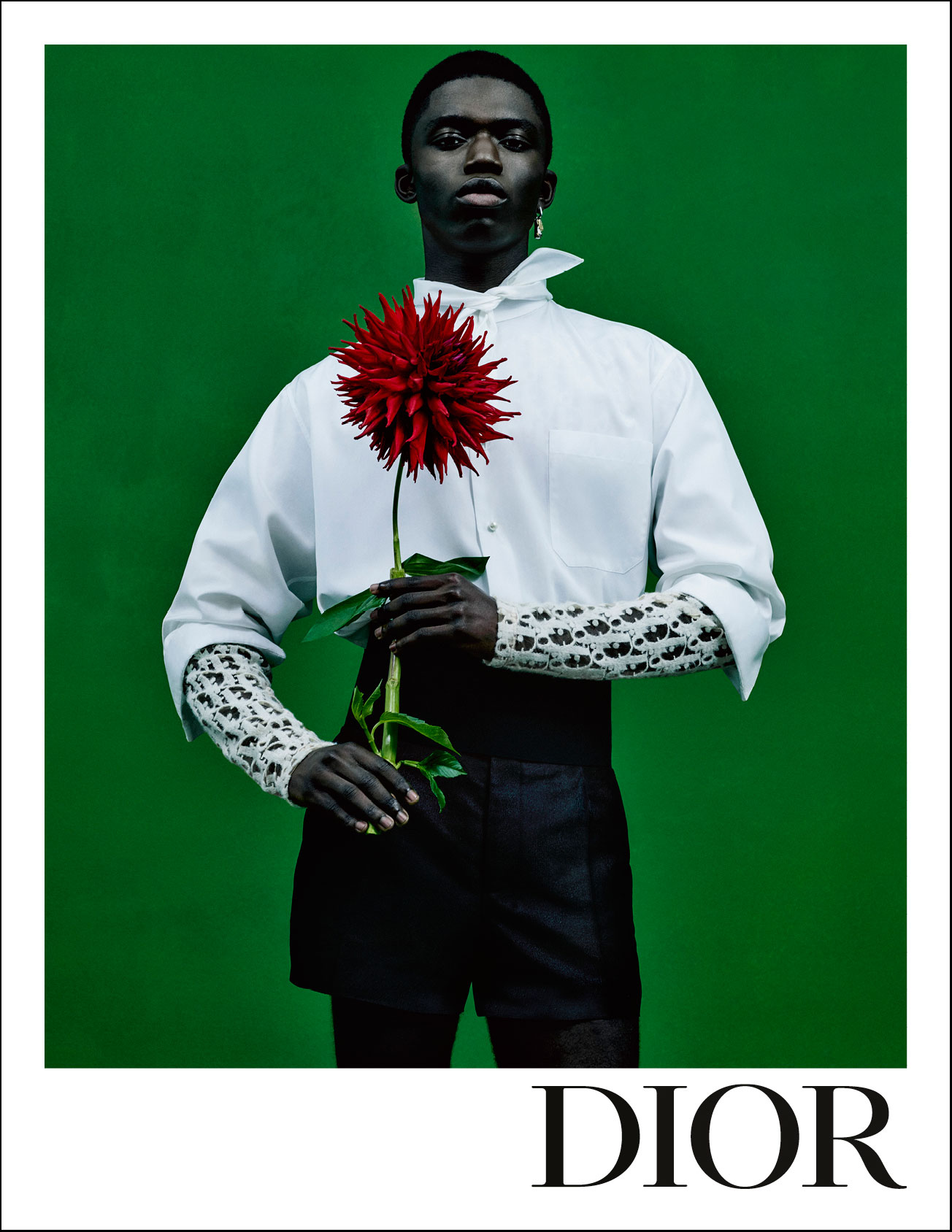 It should be no surprise then that an artist such as Kim Jones should see the potential in a major collaboration for Dior mens with another artist like Boafo.  The bold colours and graphics in the Dior men’s S/S2021 collection perfectly mirror the thick, rich and deep brush strokes of Boafo’s paintings, with both hinting at something far more substantial and meaningful underneath to discover than just what’s seen on the surface.  The campaign images themselves – shot by virtuoso photographer Rafael Pavarotti  – exhibit that same, rich African heritage while being modern, contemporary works of art in themselves that transcends cultural borders to speak alike to everyone.  There’s a certain freedom and joy in this collaboration in that it’s not once as significant as it might have been at one time – indicating that this isn’t performative or, as some might dismissively characterise it, ‘woke’; this feels like a collaboration based solely on the artistic content and the potential to generate revenue from it.   As Dior themselves put it:

This is an ode to creative passion and the power of artistic alliances. 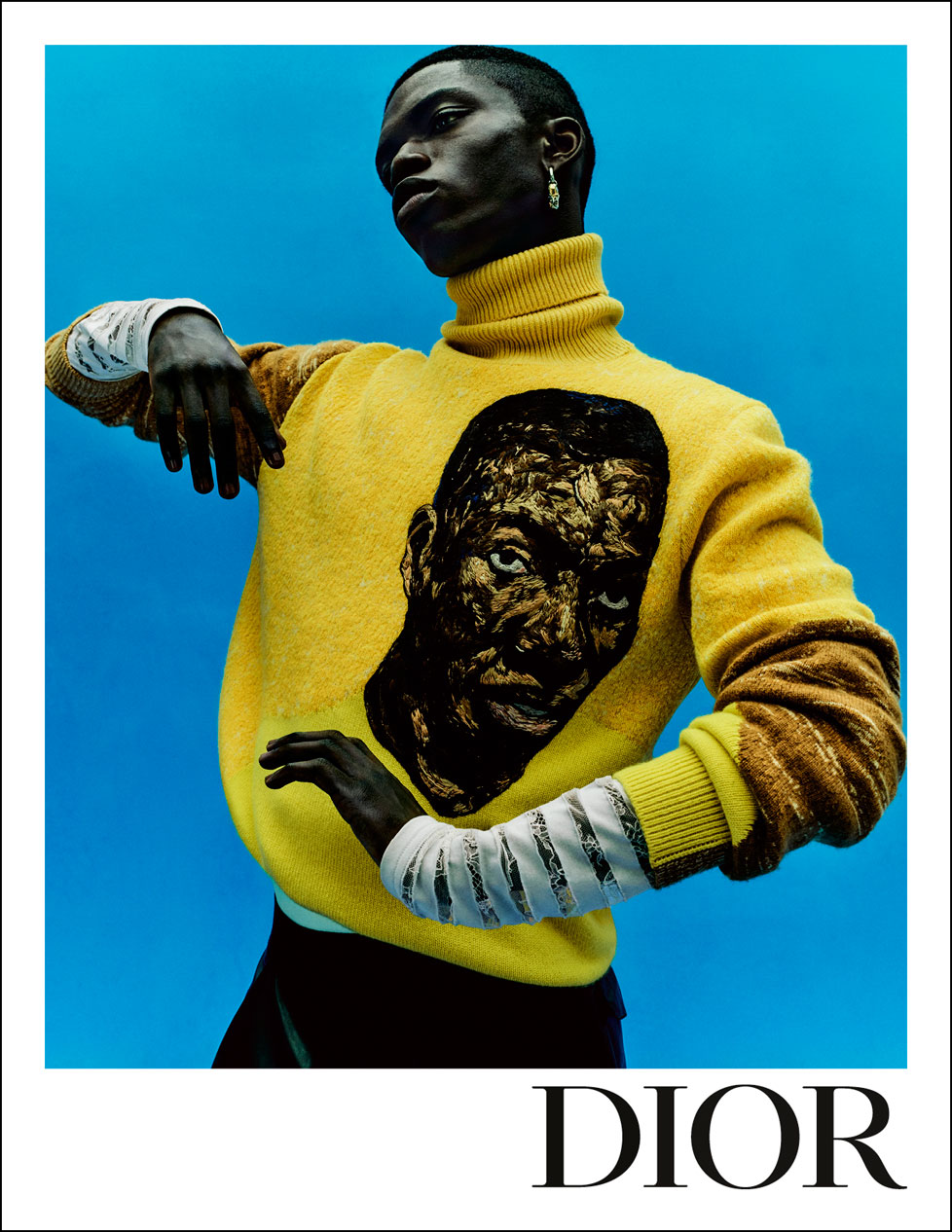 Click here to see our last feature on Dior.