Since Glenn Martens became Diesel creative director in 2020, the famous jeanswear brand has undergone a radical update to re-establish itself as a key player in the contemporary fashion arena.  Through his SS23 collection that debuted at Milan Fashion Week, Martens now introduced us a new ‘Diesel democracy’ underpinned by expressions of experimentation and subtle subversions. 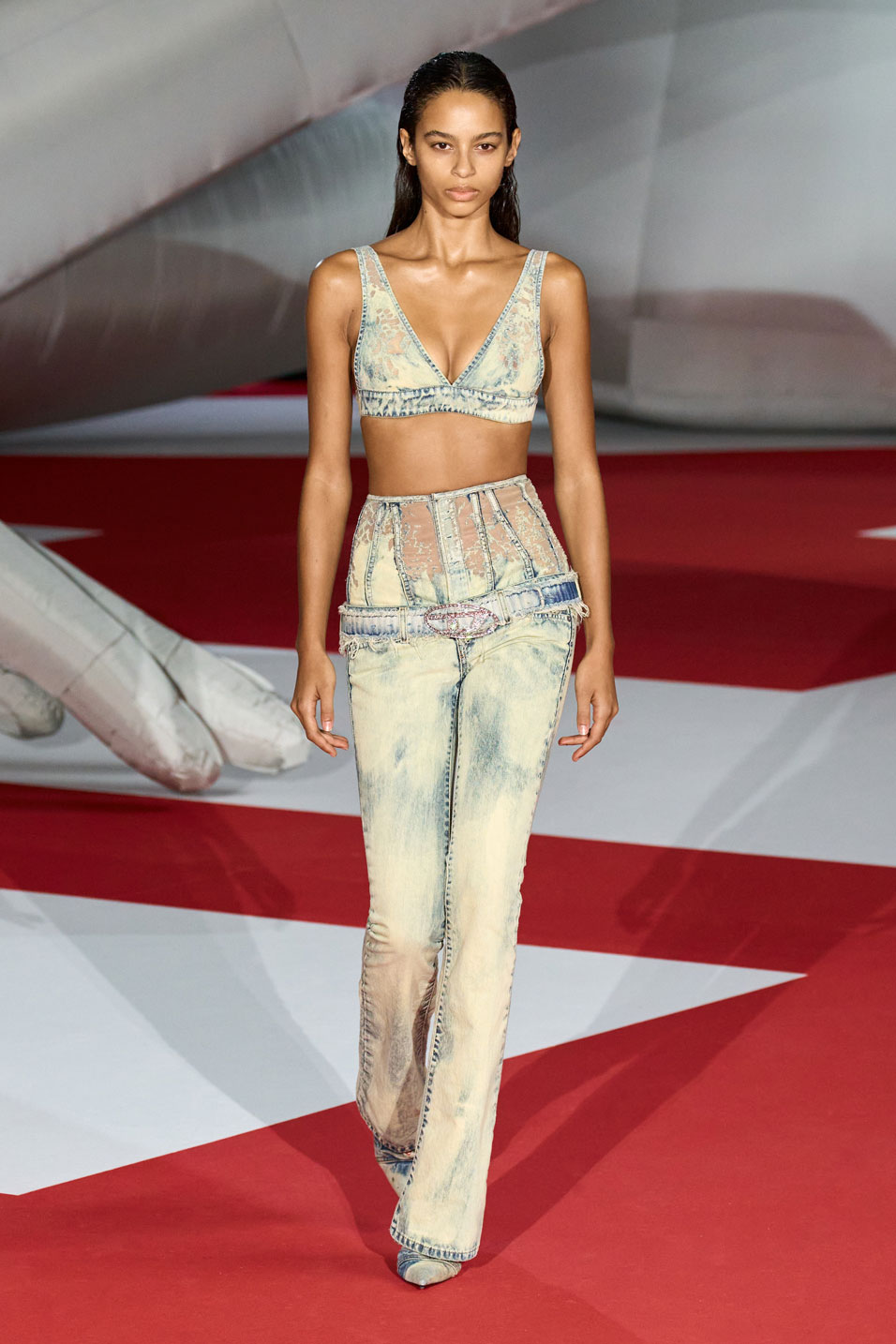 Of the 4,800 attendees who poured into the Allianz Cloud Arena in Milan, 4,600 were members of the public or fashion students who all attended the show for free.  “I wanted to open Diesel up to the public,” said Martens, “for people who may never have been to a fashion show before.  Everybody can be part of Diesel.” 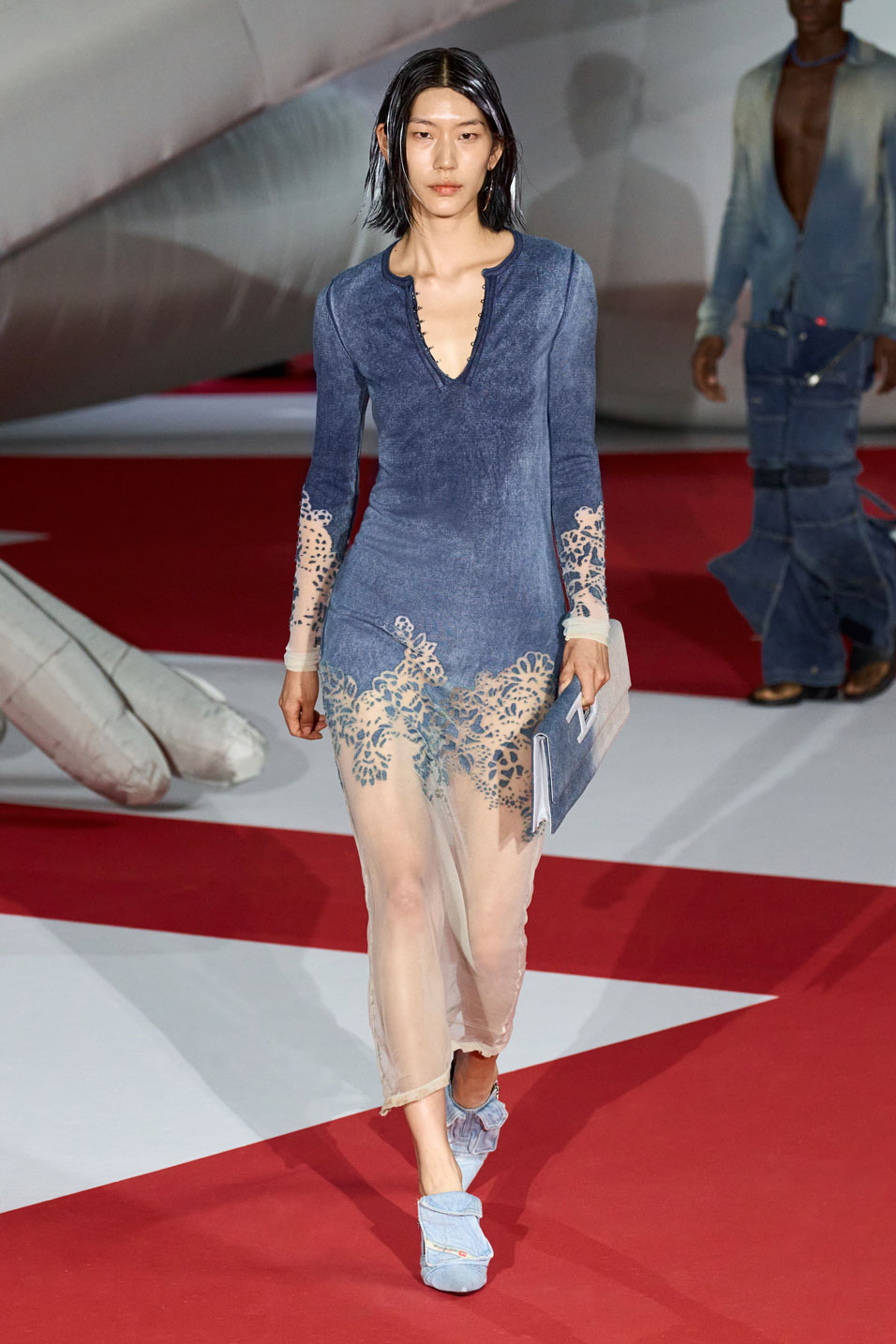 The inclusive spectacle saw the cast walk to the beat of a pulsating techno soundtrack that matched the mood.  Their paths interweaved between the curves of (officially) the world’s largest inflatable structure taking pride of place in the centre of the catwalk.  Yet, it was the collection itself that really grabbed the attention. 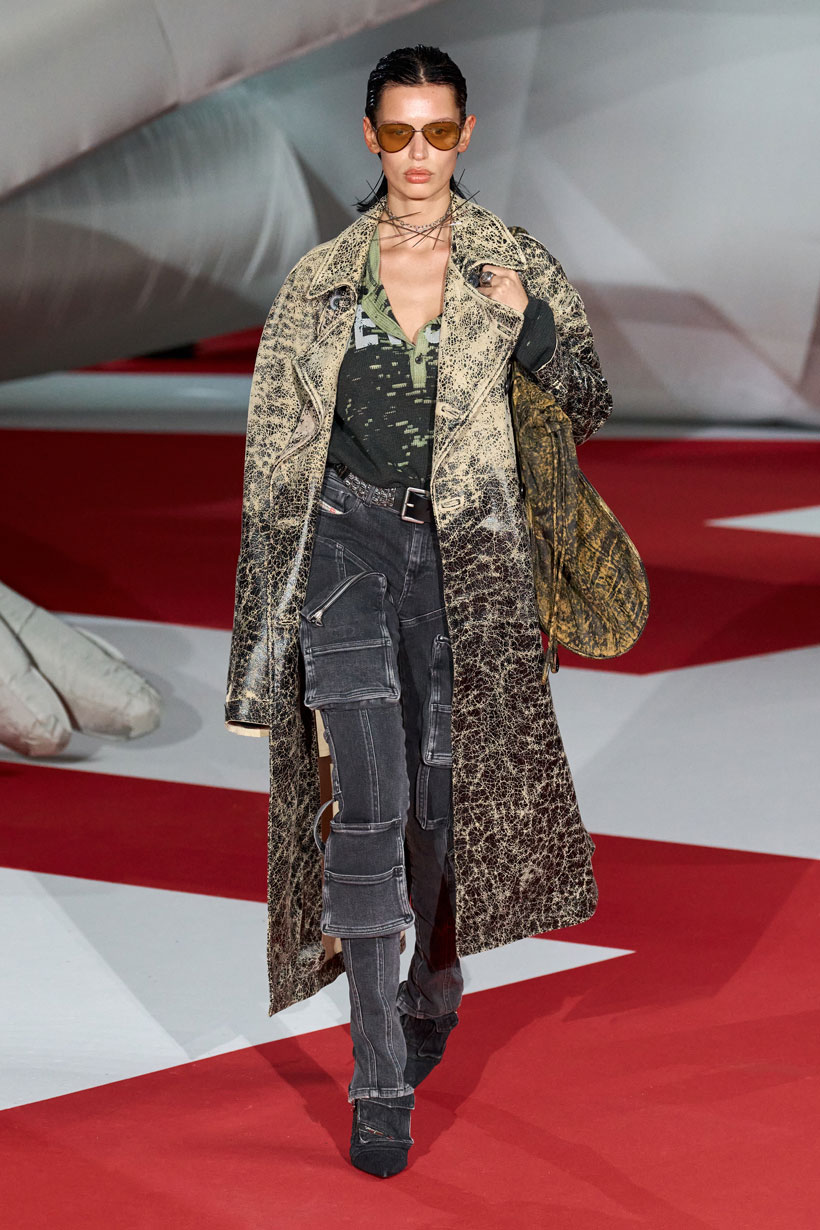 Acid floral slip dresses had lace trims, and vivid knits were first coated and then cracked open for unique textures and visual effects.  Metallic printed coats were made to invoke a sense of a city skyline reflected in chrome. 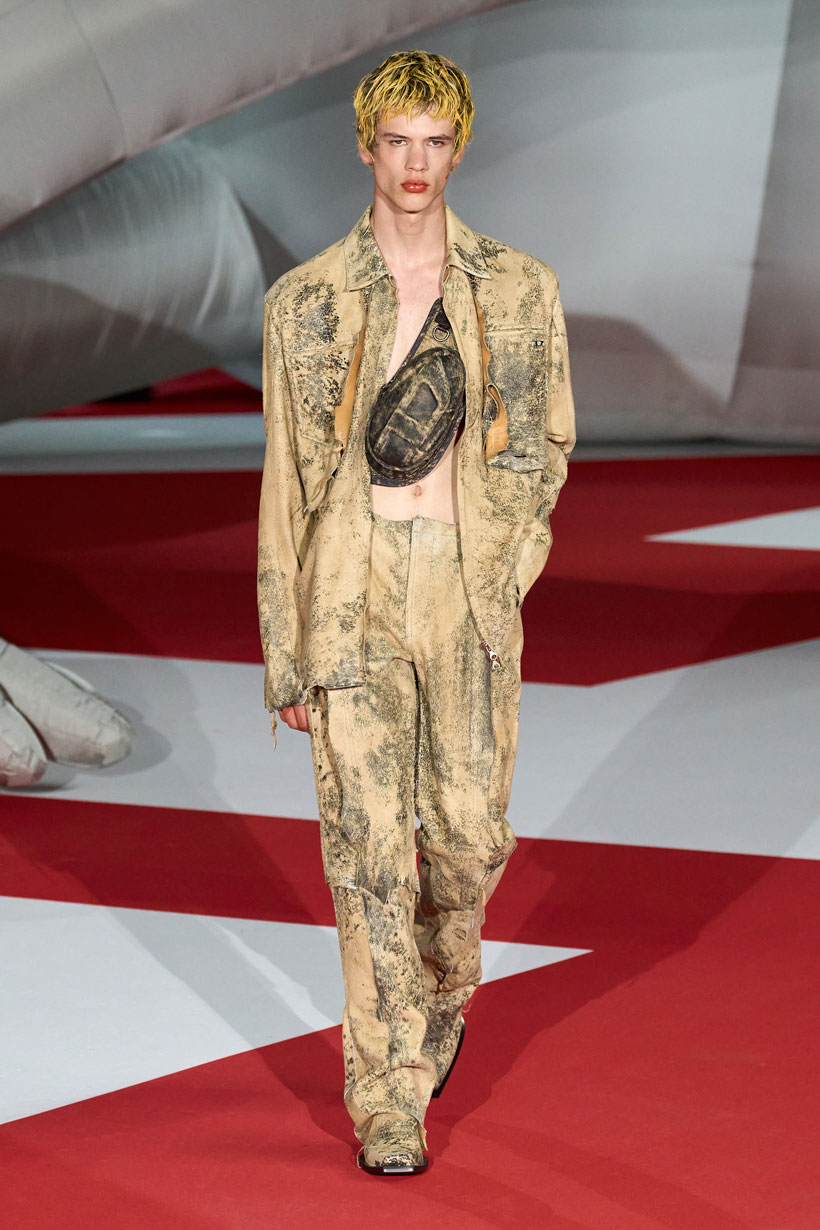 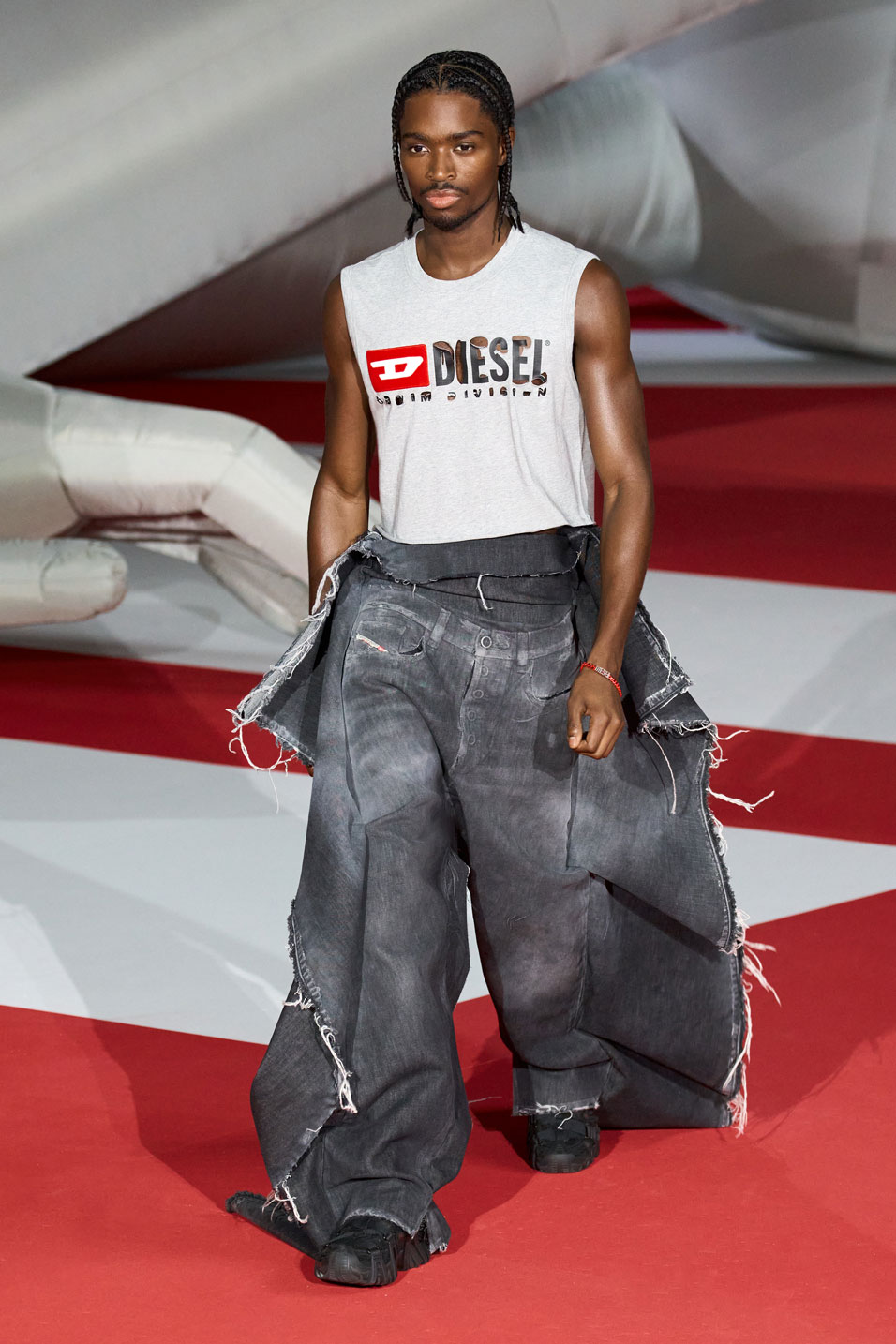 Utility pants with supersized pockets were solarised for added attitude, while little fluid tops were held in place by wide utility belts for urban grounding.  Nylon jackets in the same style and oversized flying pants had cotton layers and cut-aways, and the silhouettes seen throughout were bold and captivating to the eye. 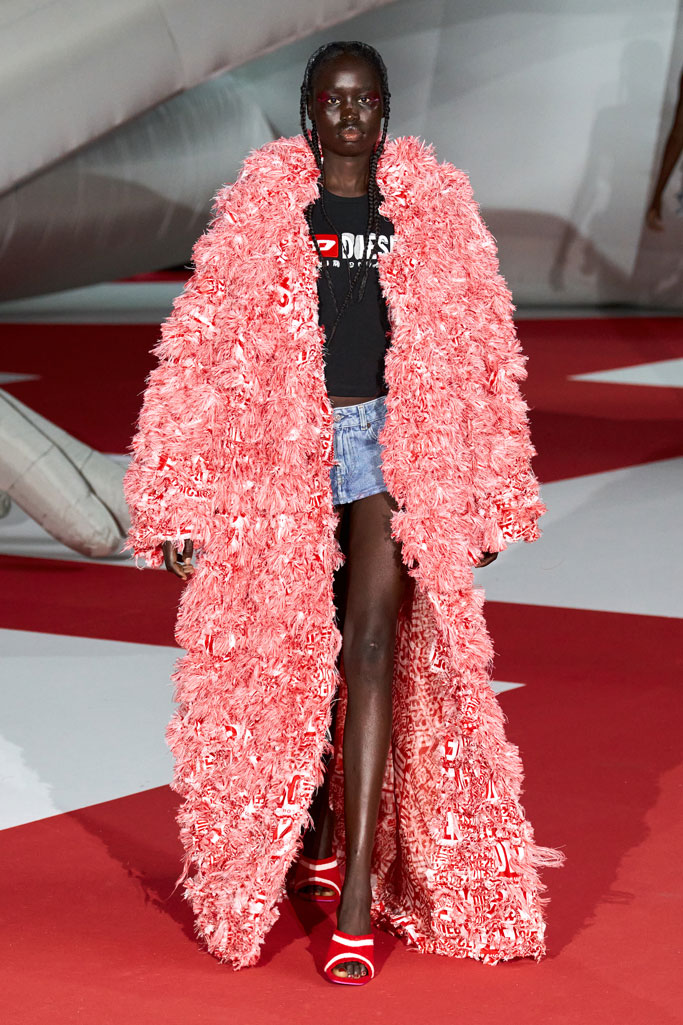 With this collection, it became even more obvious that we are now in the midst of the 21st Century re-positioning of Diesel.  And with it, Martens continues to demonstrate how his singular creative vision is helping to move the brand to ever-higher levels.