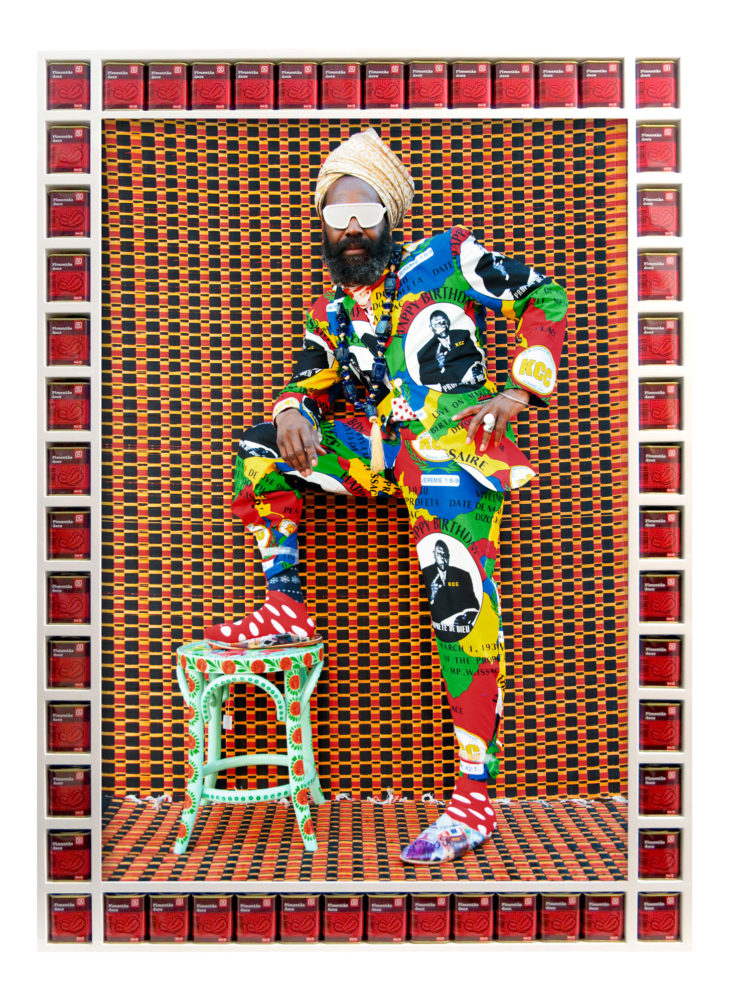 Dandy Lion: The Black Dandy and Street Style represents the culmination of a seven-year project for the historian and curator Shantrelle P. Lewis whose aim in initially bringing together a travelling exhibition of emerging photographers and filmmakers from the African Diaspora was to show young Black men in urban environments who defy stereotypical representations of masculinity within the Black community.

Lewis’s great skill lies in reinforcing just how far Black Dandyism – something that might superficially be seen as purely aesthetic – is inherently an act of defiance. With its roots in the transatlantic slave trade, whereby in Regency England certain slaves were often made to dress ornately in order to represent their owners and subsequently freed slaves, in the U.S particularly, were entitled to their own choice of clothing, significant of their newly emancipated status.

By tracking the movement across the African Diaspora within the context of the second half of the 20th century and the first years of the 21st Dandy Lion is at heart a conversation and exchange of ideas about masculinity, race, class, gender and sexuality.

As Lewis, herself notes: “Despite the phenomenal economic success of hip-hop artists such as Jay-Z and Kanye West, and their subsequent adaptation of a more serious style and fashion, there was a misrepresentation of Black men that dominated mainstream media from here [the U.S] to Europe. The dominant narrative generally involved some gang-related murder on the nightly news, mass violence erupting in continental African countries, or the modern blackface caricatures and their soap opera-esque dramas on reality television.

Like many others in my community and throughout the Diaspora, I was exasperated by the repetitive and oversaturated manufactured image of Black masculinity. An image created to maintain a grotesque and glorified culture of manhood and masculinity, one perpetuated by today’s mainstream hip-hop and Prison Industrial Complex.

The image of today’s sagging pants wearing youth is not one of rebellion by the lumpen proletariat but a buy-in into a corporate controlled image that is the result of negligent public policy and a failed education system. Thus, to dress outside of that uniform is to act from a place of agency, to contradict, to rebel.”

Throughout history, most notably the past two centuries, particularly in the West, Black men have used fashion as a tool of rebellion. When self-styled, the African Diasporan man has relied upon his innate sensibilities to express his masculinity, his humanity, his individuality.

In styling himself, particularly in dress mostly associated with a particular class, education and social status of the other [read: whites], as trickster, the African Diasporan dandy cleverly manipulates clothing and attitude to exert his agency rather than succumb to the limited ideals placed on him by society. He performs identity. Most importantly, an integral part of this performed rebellion entails posing before a camera.

Dandy Lion: The Black Dandy and Street Style is out now published by Aperture.