All would agree, Dame Vivienne Westwood was a rare phenomenon. Westwood’s longevity, power and bold irreverence led her to being unofficially crowned the “Dame of Punk” to go along with her more formal titles.  She was the mother of subversive culture and rebellious fashion movements.  When she brought her unique irreverence into the untouched couture world for the first time, she has was the kind of force of nature that almost broke it. 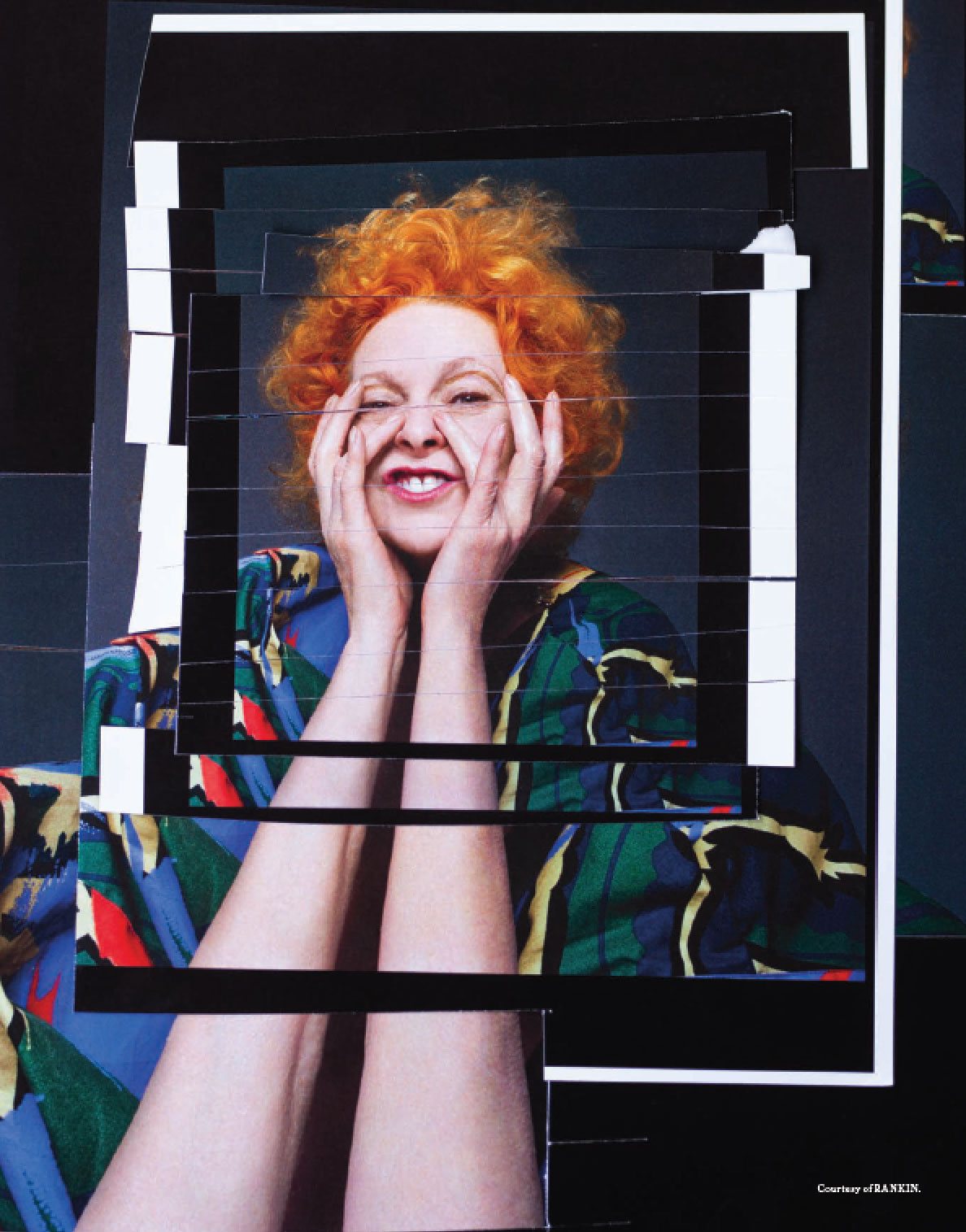 Image by RANKIN. Collage by ABBAS HOSSEINY. THE FALL, SS21

Westwood’s growth wasn’t quiet and silent as with other new couturiers.  She was a committed fashion activist at heart.  She inspired and was in turn stimulated by youth subcultures that perhaps seemed ‘dangerous’ to the elites of fashion.  She became famous for bringing a new deconstructed punk fashion aesthetic into the light.

From a small clothing shop called “SEX” opened in collaboration with Sex Pistol Malcolm McLaren in London’s Chelsea, Vivienne Westwood revolutionised the modern bon-ton fashion world previously started by Schiaparelli, and rebelled against the crushing economic and socio-political issues in Britain in the mid-1970s. 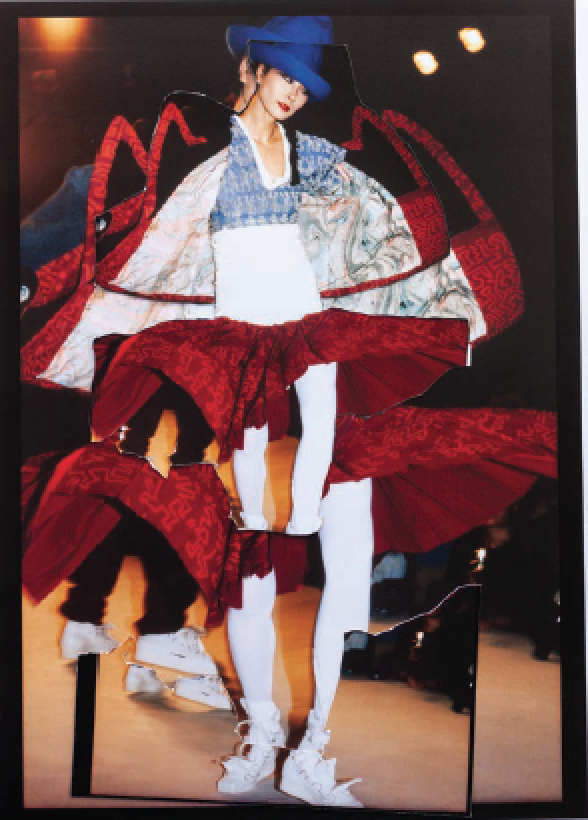 That was just the beginning of what we now call punk, a movement born to antagonise the flower power generation and blunt the disco one that came soon after.  Individual freedom and anti-establishment views were finally in fashion.  At this point, Westwood interpreted this political awakening into a new, vicious fashion language that took over London’s streets without a word being said or a megaphone being raised. 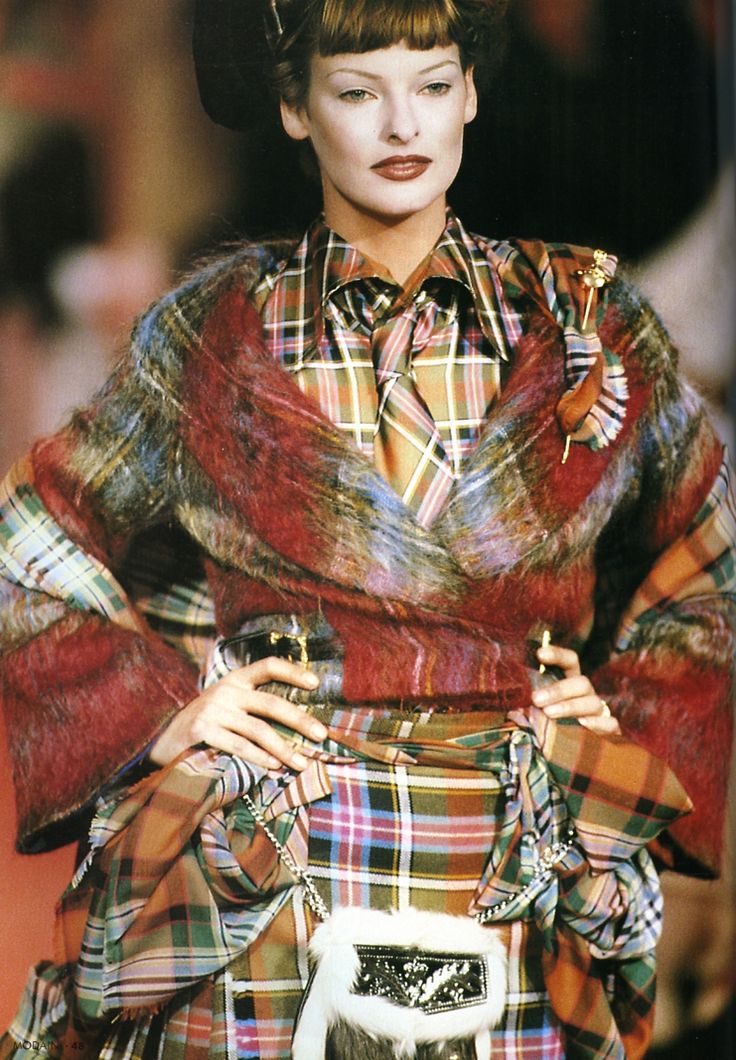 A great example of her deconstructed punk style can be seen in Linda Evangelista’s tartan look for the Vivienne Westwood show in 1993.  Immediately she showed us how a Scottish tartan, a well-known symbol of tradition and ‘the establishment,’ could signal danger, excitement and non-conformity when placed in her hands. 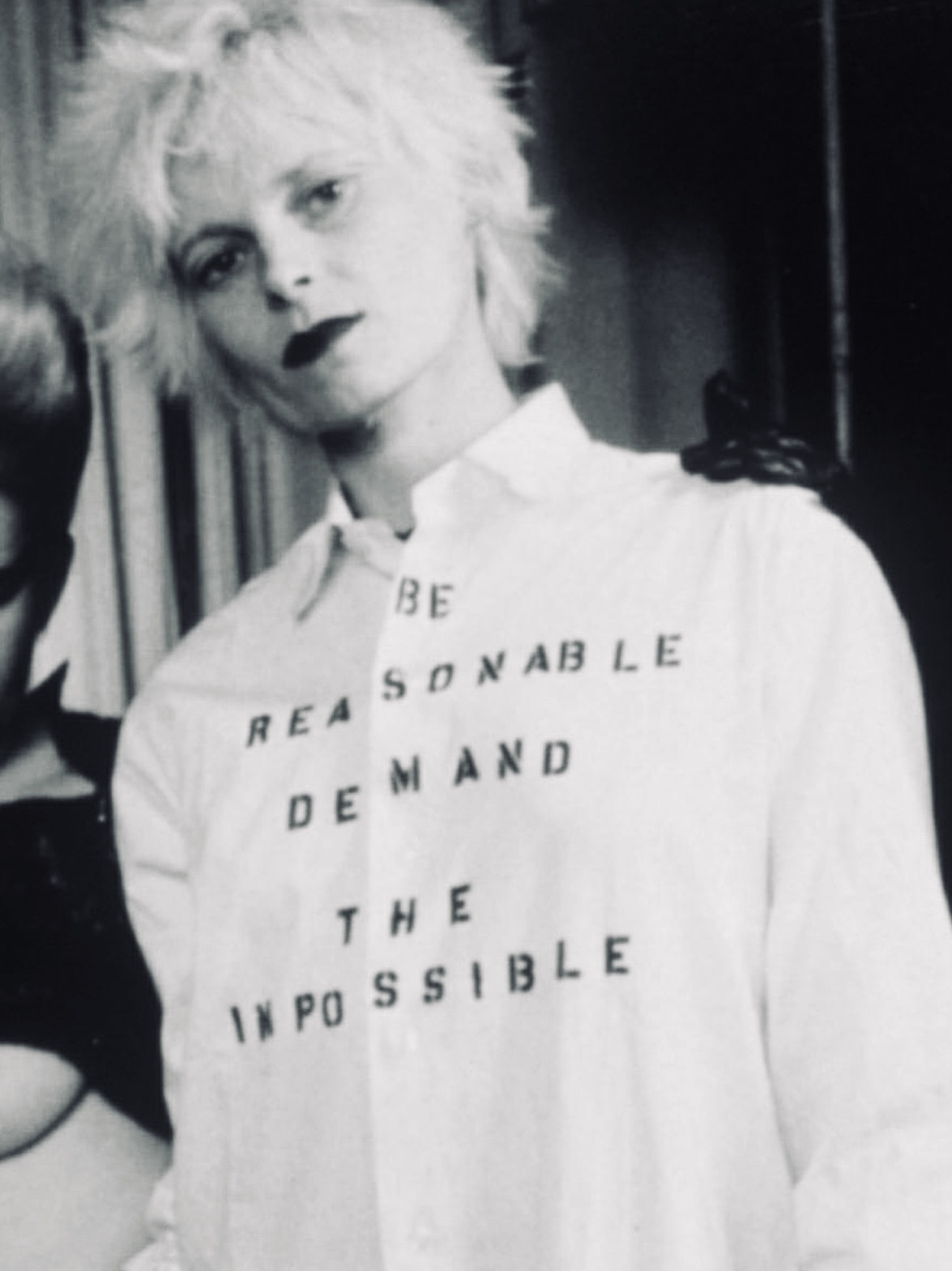 “The only reason I’m in fashion is to destroy the word conformity,” she once said.  And she never once veered away from that promise in all these years.  She not only invented a new fashion vision, she also created a new fashion community to thrive in. Today, that revolutionary message continues through her collaborations with husband and design partner Andreas Kronthaler.

To read our last feature on Vivienne Westwood, click here