From designing costumes for Kylie Minogue’s 2007 2 Hearts music video to his six-season partnership with Versus (Versace), Christopher Kane, to this day, remains prevalent at the heart of womenswear.  His focus has always been to make women ‘feel confident, safe and sensual’ and his latest collection fully embraces this ethos. S/S2022 presents a well-versed curation of looks that toys with historic periods, religion, sexual imagery and conservative norms.

Commencing in conformity, Kane captures the sinister to a tee; tailoring is angular and strictly cut, whilst jet-black patent faux leather seems to cling to the form in the various looks featured, creating a monotonous, minimalistic appeal. Emphasised by the pitch-black void illuminated with a strip of light to present the looks, an ever-so menacing aura filled the showroom. 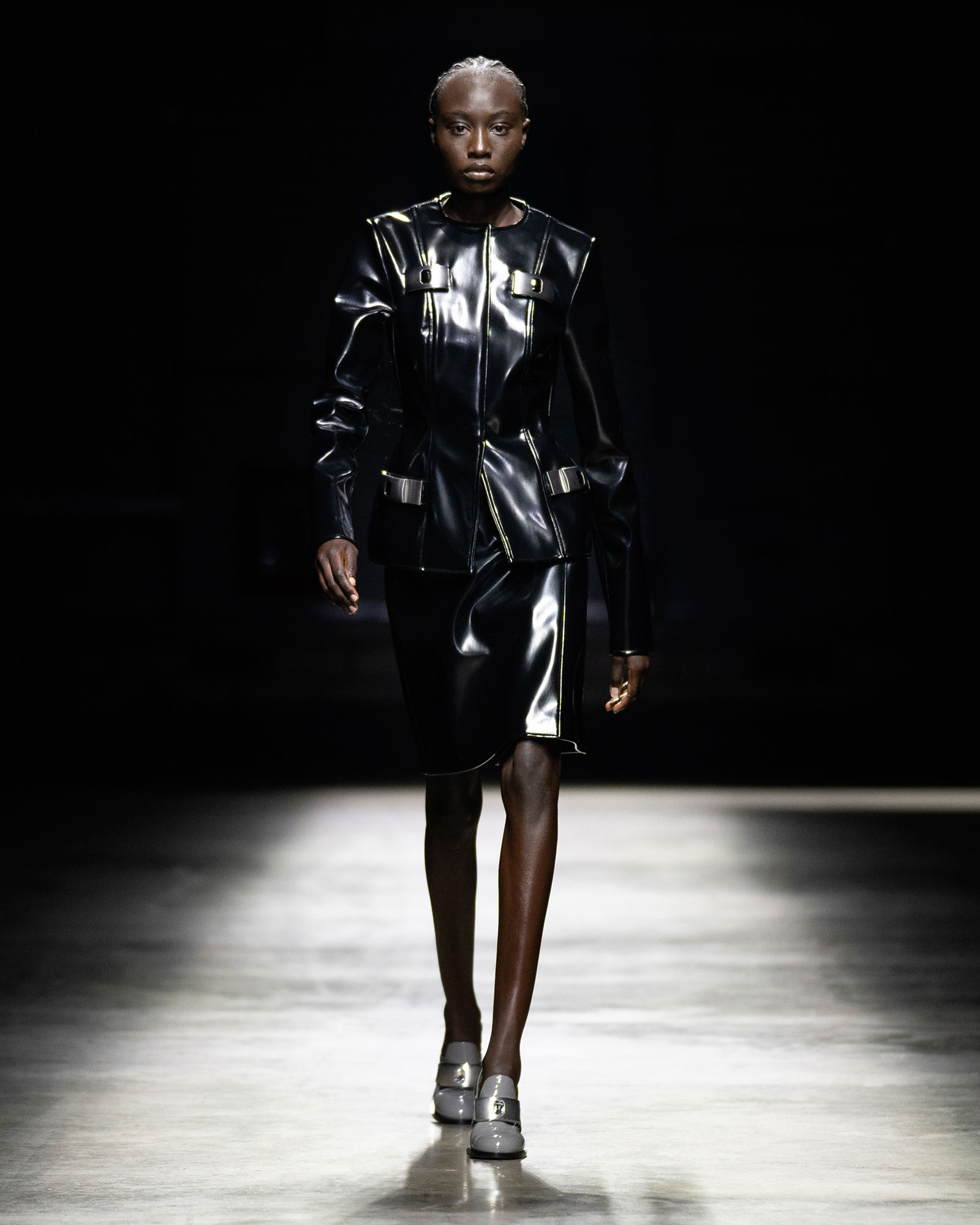 Reoccurring throughout the collection were an abundance of aluminium plates – a motif that symbolises chastity and restraint; protecting the wearer.  Elsewhere, the plates acted as a choker, restraining the model’s neck while simultaneously upholding the chainmail aluminium dress reminiscent of medieval armour.  Though the opposing textures seemed unusual placed together, both pieces offset their differences, harmonising in an interplay between elegance and ferocity. 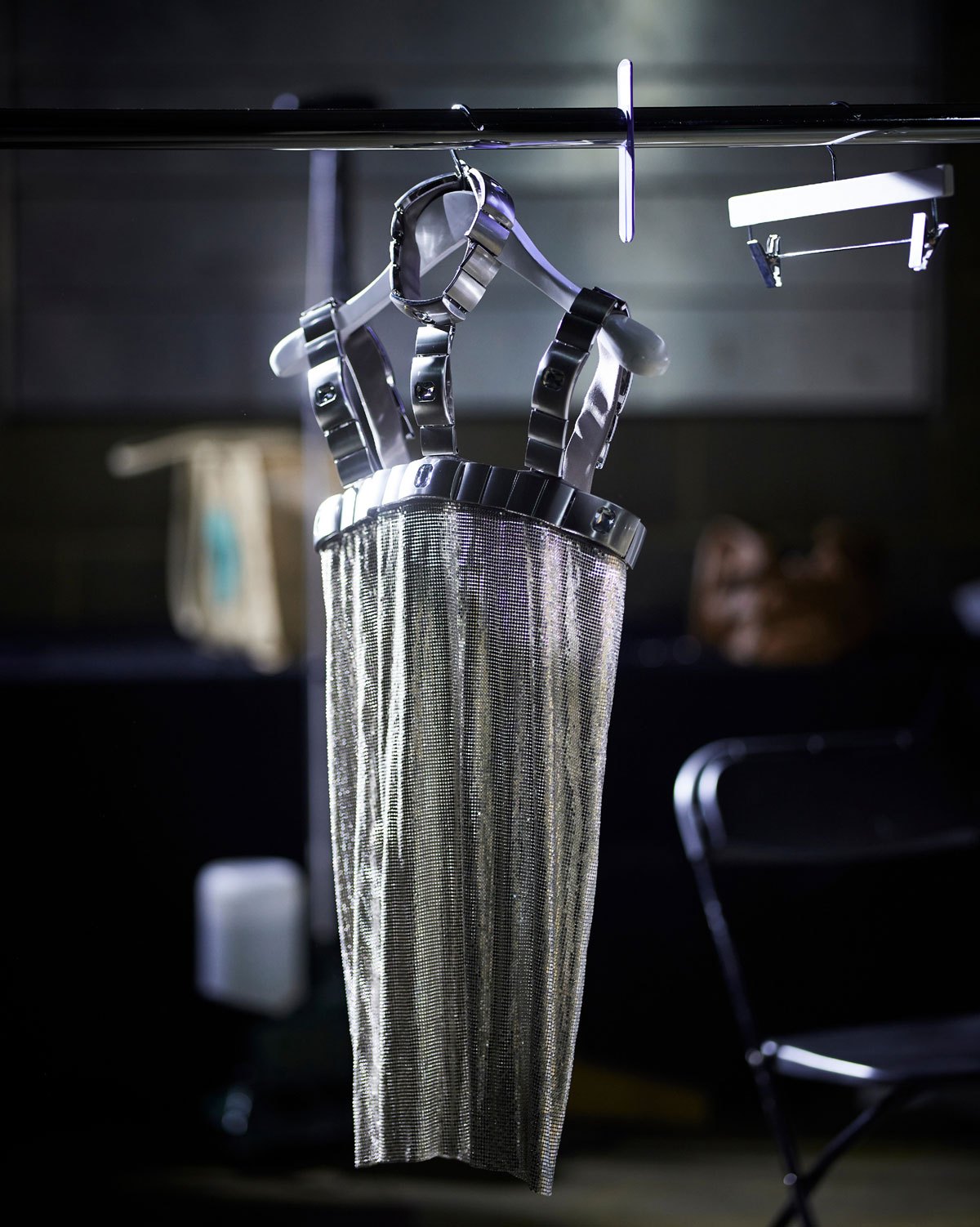 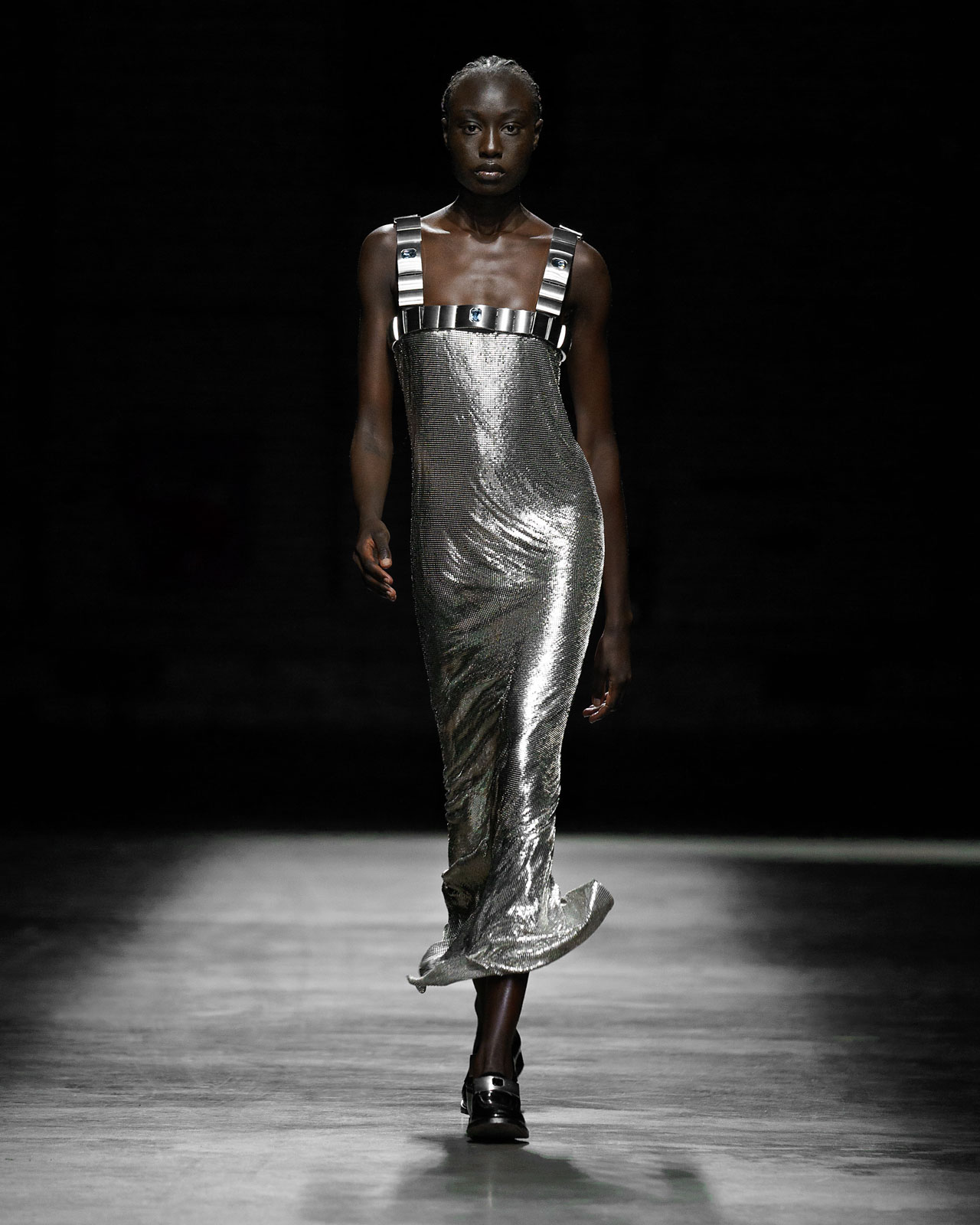 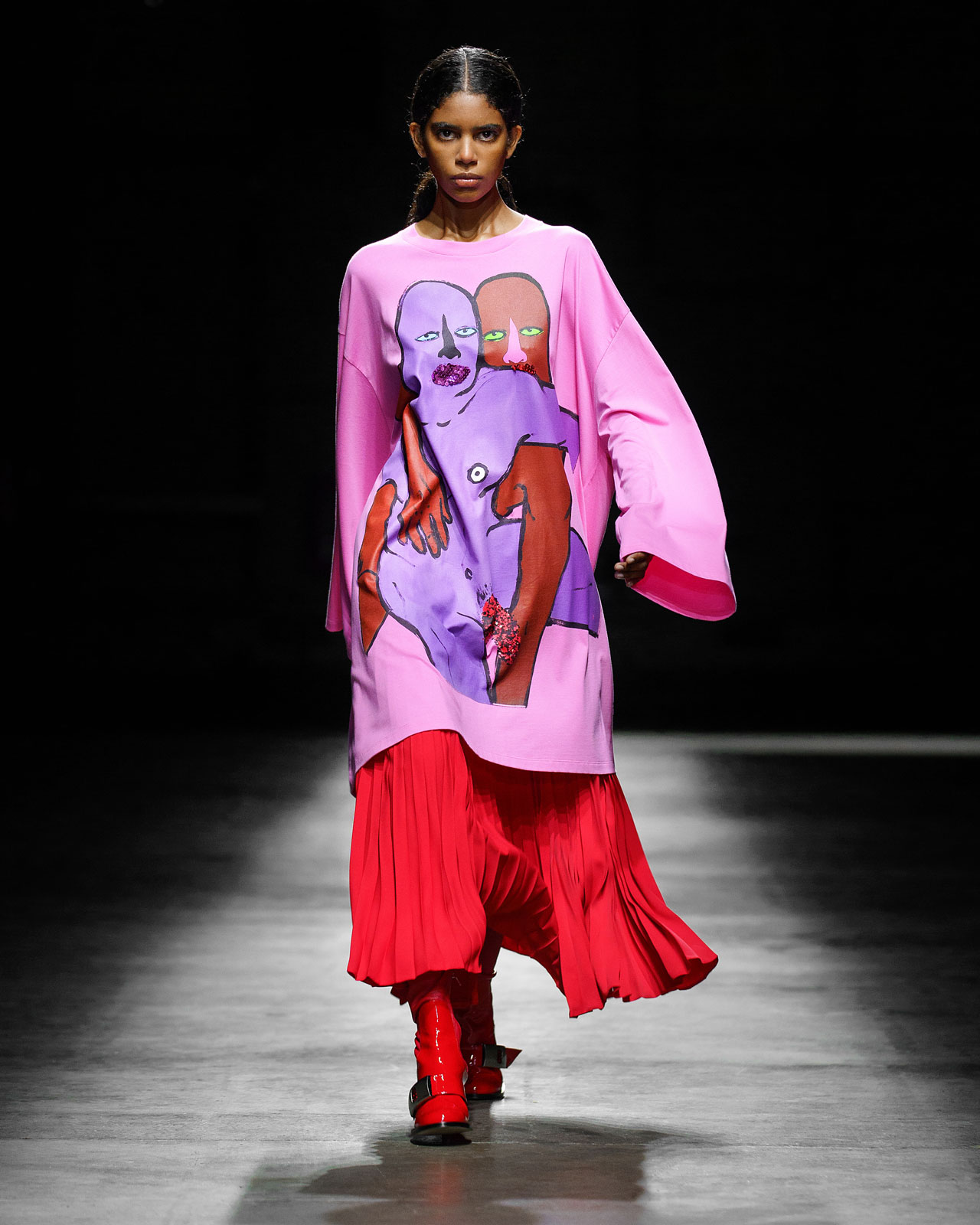 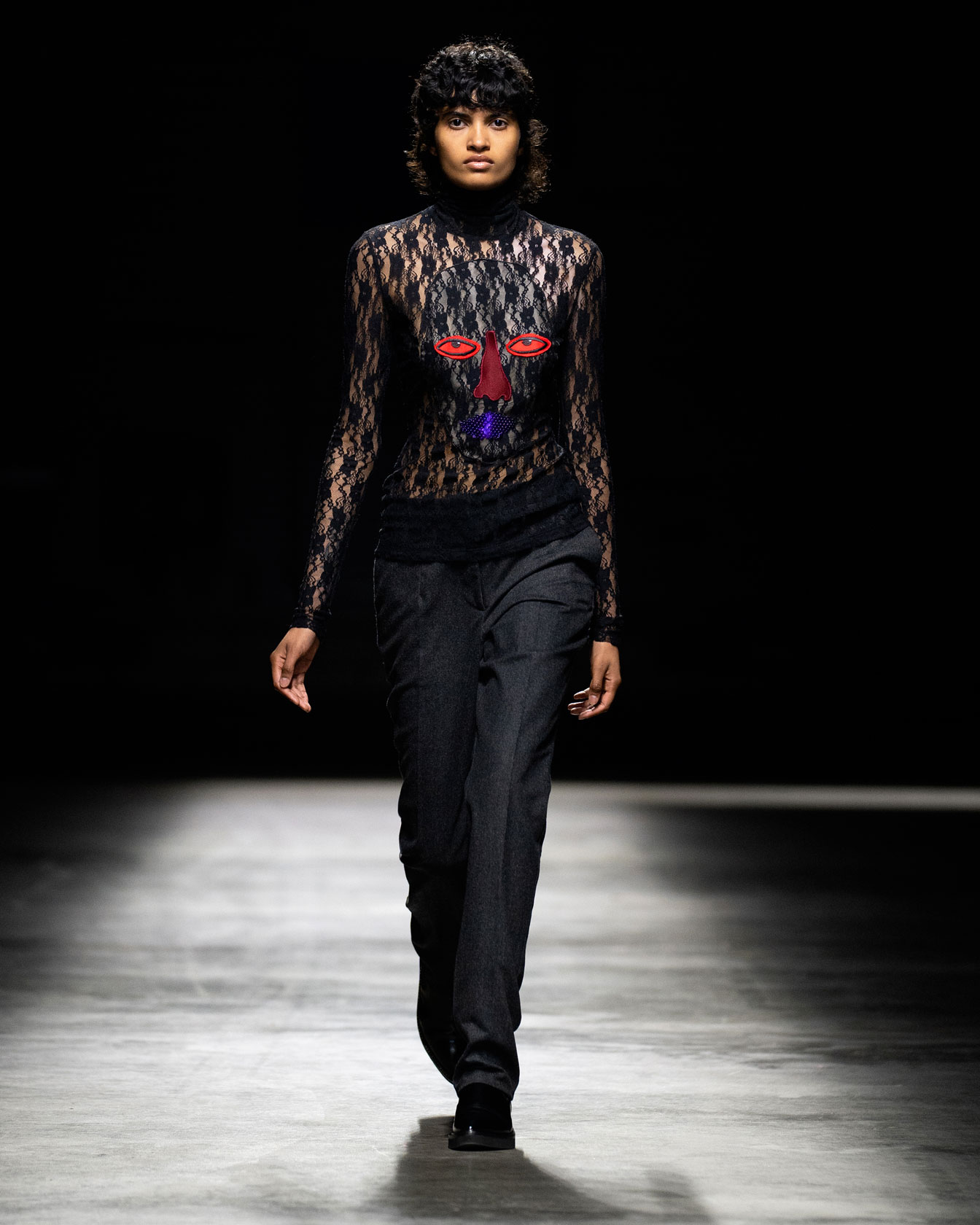 Christopher Kane’s S/S2022 hosted an abundance of nuanced perspectives – some seemingly more personal than others.  His fascination with cult and his own catholic upbringing are both reflected in the Go to Hell and Sinner slogans.  It’s these personal touches, amongst the well-executed symbolism, creativity and talent that leaves us asking, ‘will we ever get enough of Christopher Kane’s originality?’