There will be many reading this who may have some knowledge about the ‘New Romantics’ era of pop culture in the UK, without actually being old enough to have experienced it the first time around.  Fear not, Hedi Slimane has your back.  His Celine Menswear A/W2021 collection, imaginatively titled Teen Knight Poem, is a glimpse into the creatively outlandish sub-culture that, for a while, held the world’s attention in the palm of its hands. 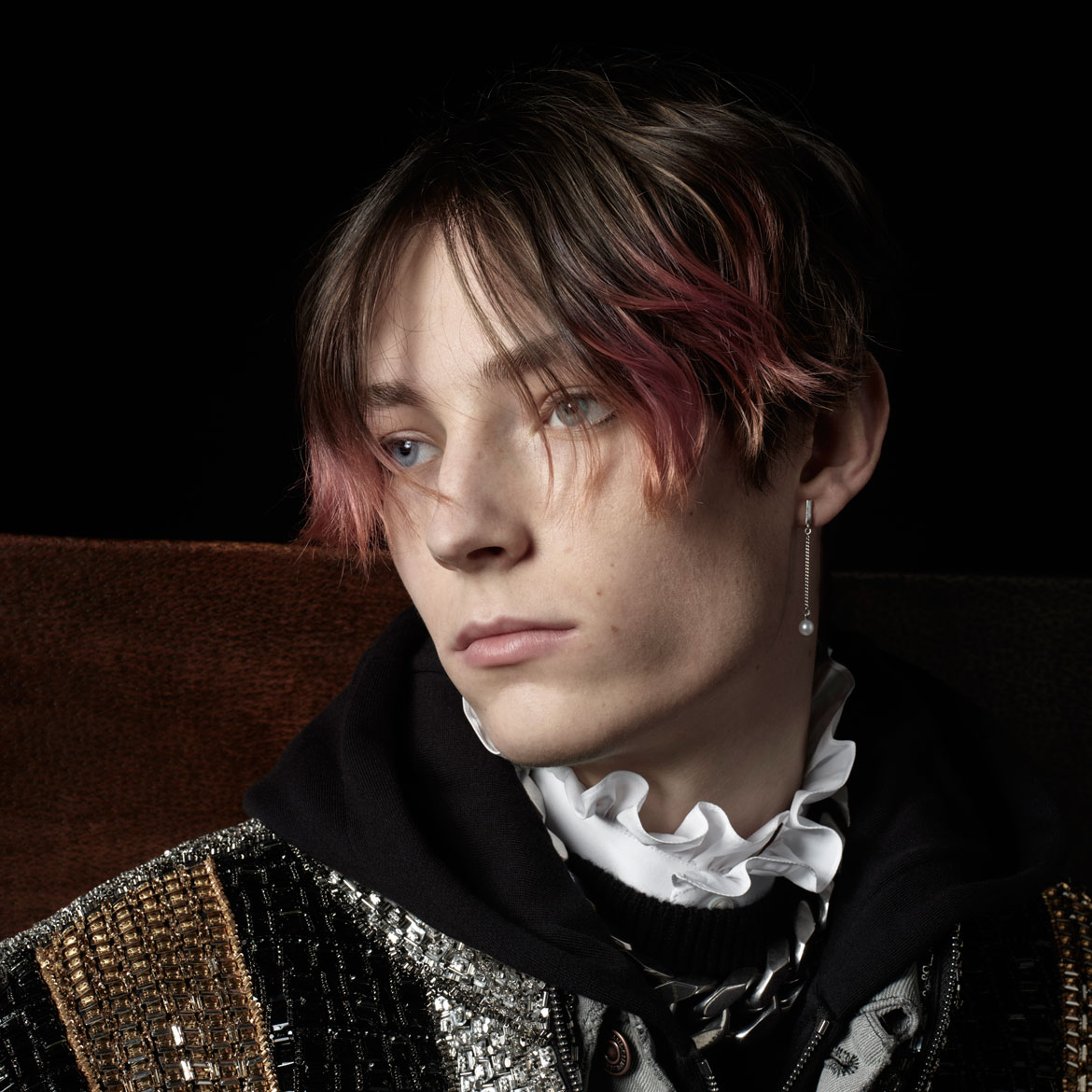 As the models stepped into the light along the ramparts of the Château de Chambord, we all stepped into a time machine that took us back to the days of Spandau Ballet, Tears for Fears and Duran Duran.  The French Renaissance architecture provided the perfect backdrop for the cultural drama that unfolded.   The first look could only be described as ‘vintage French Cardinal chic’ – white, high-collared, frill shirt worn under a mass of black, covered with a long black cape and accessorised with loops of silver chains around the neck supporting gothic crosses.  With the tone set, we saw oversized silhouettes in knitwear and coats,  layering with contrasting shades and patterns, and an exciting new take on older tailoring codes. 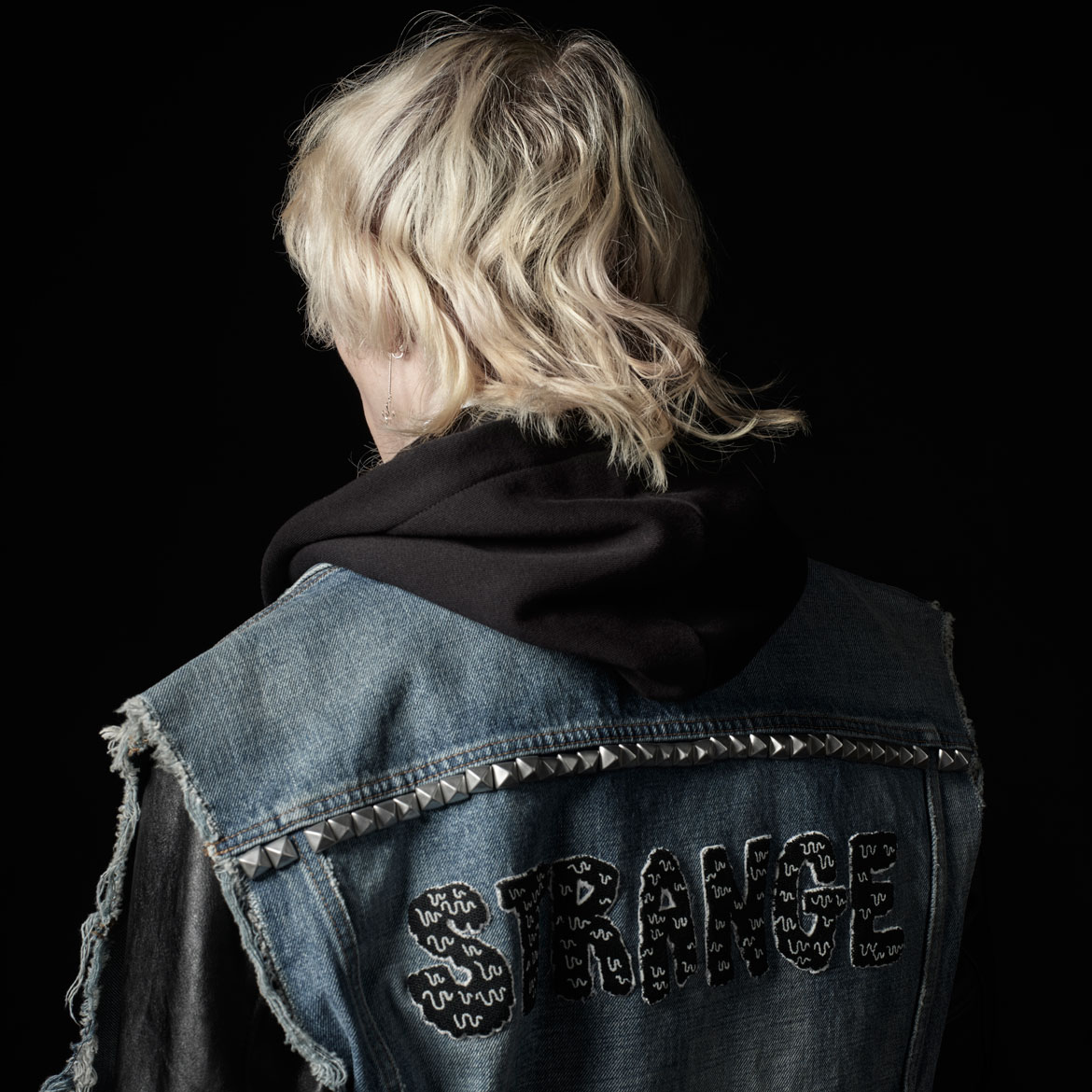 ‘Glamour’ in a menswear collection isn’t a thing that is easily achieved, but by taking cues from a past era that actively used it as a tool for menswear, Slimane managed to add a glamorous dimension to his collection without it looking gimmicky or clunky.  ‘Half balaclava’ headwear completely decorated in silver studs, coats with silver studded lapels, sequinned knitwear crowned with heavy Cuban link chains around the neck, and sequinned jogging bottoms gathered at the ankles are all designed to catch the eye as they reflect the light – whether that’s daylight or neon lights. 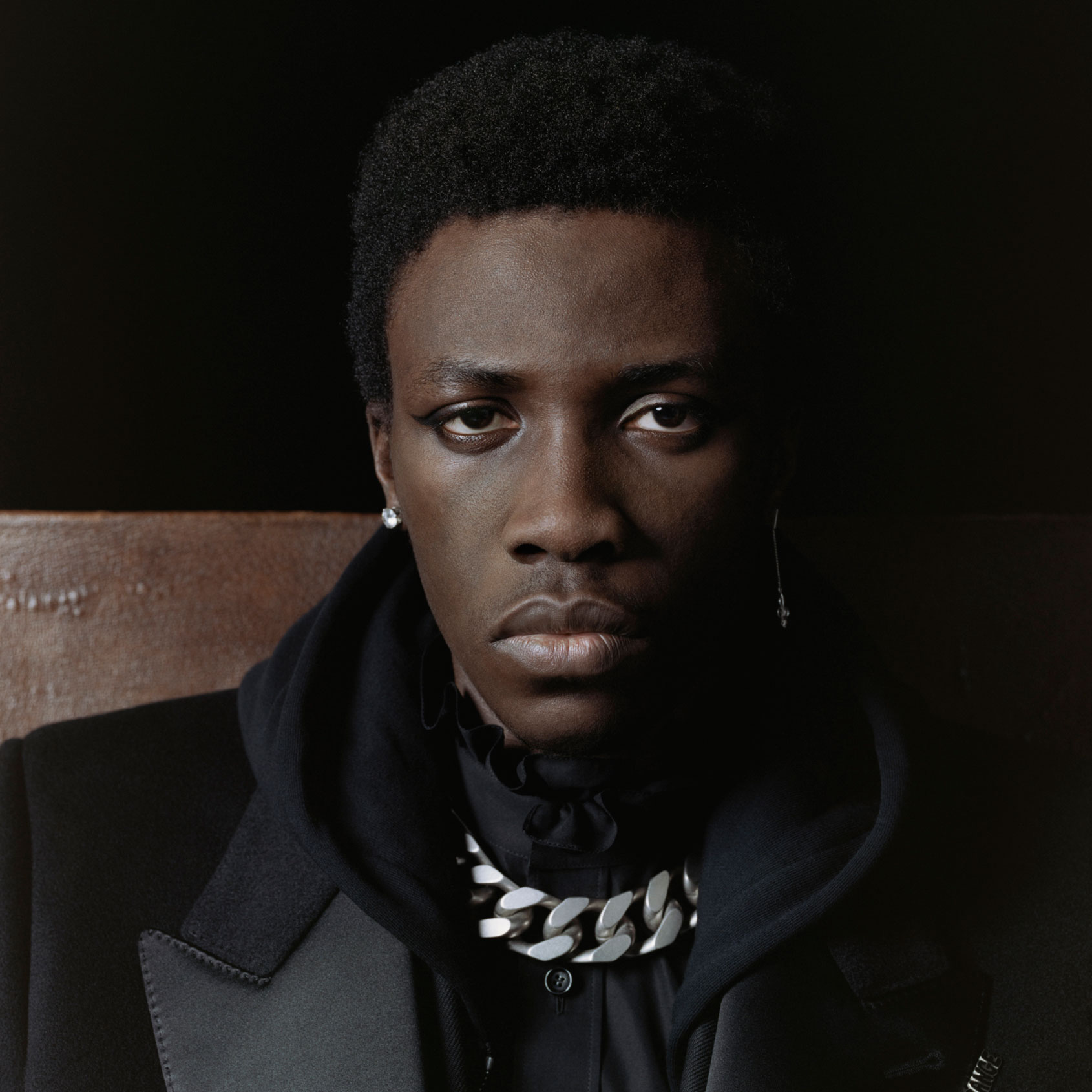 The calls to action for the young creatives among us was unmistakable.  The black and white, tiger-print, faux-fur coat screamed ‘lead singer of the band’ on the way back to he hotel after last night’s tour date.  As did the defiant Cuban heels and the giant, shaggy fur moon boots a lot of the models wore for the show.   In fact, the musical influences are becoming more and more integral to the Celine brand.  The necessity of producing digital content in the Covid era has turned the most recent Celine shows into long-form, avant-garde music videos shot like short films.  Dramatic editing, equally dramatic backdrops, in-camera effects and drone work enabling cinematic camera sweeps have all become signatures of Hedi Slimane’s ‘Covid shows’.  And, for each, the music is always driving, hypnotic and unforgettable.    For Teen Knight Poem he also co-produced the song for the soundtrack, Time Slip, with recording artist The Loom.  Fortunately, the A/W2021 menswear collection is also made to make you feel like you’re always walking to the beat. 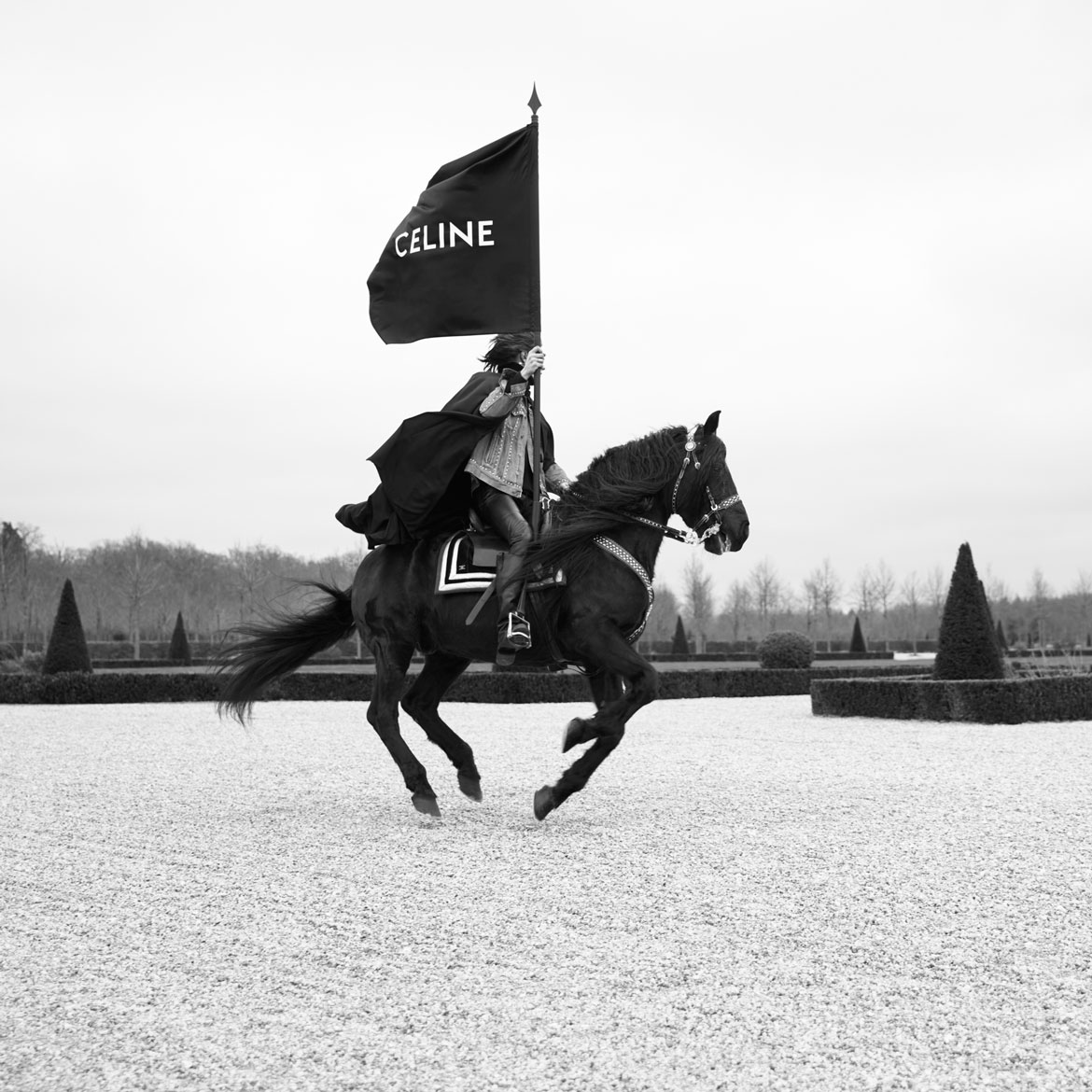 See the promo clip for the Teen Knight Poem collection by following us on Instagram today.

To read our previous feature on Celine click here.