Burberry – Marcus Rashford and The Voices of Tomorrow

Burberry, for many reasons, has always felt like it was one of those fashion houses – British or not – that was closer to the their customers at street level than most others.  The signature Burberry check that became ubiquitous among urban youth culture in the late 90s into the 2000s may not be regarded as the finest moment in its 164 year history, but what that period did give birth to is a connection to youth and social culture that reinforced the spine of the House and made sure they always had their ‘finger on the pulse’ from that point forward.   High fashion needs to be built on a strong cultural foundation some say.  Perhaps that’s why Burberry is one of the world’s leading fashion houses.  Perhaps it’s that ability to tap into the important moments, re-interpret them and then use their mighty presence to amplify those messages to a far greater knowledgable audience that has allowed them to maintain revenue levels of £2.63 billion in 2020, despite the whole world turning upside down. 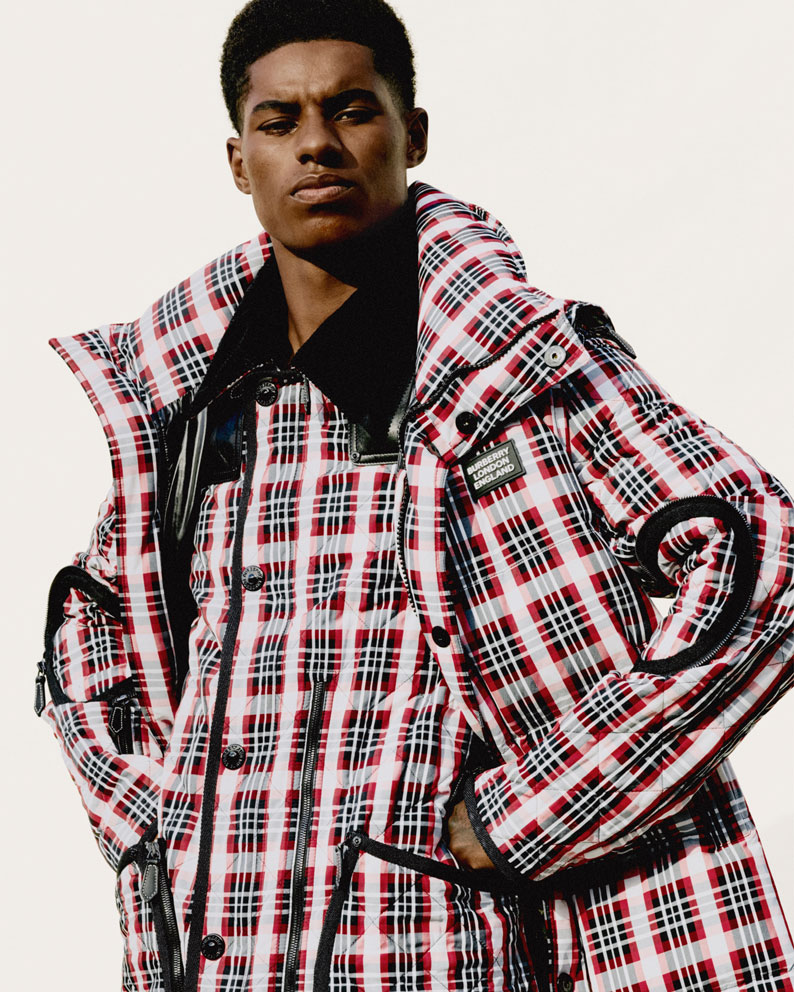 As if to illustrate this very point, the new Burberry – The Voices of Tomorrow campaign is fronted by newly honoured Marcus Rashford MBE – usually seen in a Manchester United or England shirt with a ball at his feet but better known to the wider public at the moment as the man who had to shame the current government into feeding poor and hungry English children.  TWICE.  This was not the typical and random ’cause celebre’ either.  As rich as most professional footballers go on to be, almost none are born into riches and influence.  Most have used their skills with a football to escape the limited circumstances they were born into.  Rashford is one of the few to also use their position to make a real difference for the others trying to follow their own paths to stability behind him.

It only stands to reason then that a collaboration between a fashion house so closely attuned to the modern subtexts of society and a talent that is a literal product of those societal subtexts would be something pretty special and worthwhile to behold.

This campaign is about looking forwards, looking to the future – inspired by youth, it brings together a community of different talents and worlds as one.  United by passion, commitment and love, this campaign is a celebration of their dreams, of exploring and of always going beyond.  I’m honoured that Burberry can partner with Marcus Rashford and amazing organisations around the world to give back to the next generation, allowing them to explore their dreams.  And I wanted to take that concept – of exploring beyond – to express a real sense of freedom in the campaign.  It’s all about that fearless spirit and imagination when pushing boundaries, something that we hold so close to our hearts at Burberry – Riccardo Tisci, Cheif Creative Officer, Burberry.

The campaign itself sees Rashford share the spotlight with four young dancers ‘to explore a modern reconfigured British landscape’.  The heady combination sees fashion, sport and dance pushing against their respective confines to create something new, exciting and important beyond just the delicious Burberry styles on display.  As part of the campaign, Burberry joined forces with a number of different global charities around the world that seek protect, support and nurture young people as they look to leave their circumstances behind them and make their own way in the world.

Burberry is THE British brand with strong ties to the North of England, which is really important to me.  It is very rare that I partner in a formal capacity, but what Burberry was offering was different.  Burberry shared my vision in bettering local communities through investment into youth centres, which play a pivotal role in the childhood of many, especially in under-privileged areas. We are all products of our community and youth centres offer children in those local communities stability and consistency to succeed at anything they put their minds to.  Thank you to Riccardo and the full team for making this process so rewarding and enjoyable – Marcus Rashford MBE, Forward, Manchester United.

Of course, it would have been a rare missed opportunity for Burberry to include dancers in the campaign and not have them actually dance.  So British directing team Megaforce took the dancers out onto the streets of London for an extraordinary ‘winter’s dance’ clip to accompany the campaign that has to be seen to be believed.  Unfortunately, as good as he is with his feet, apparently Rashford doesn’t quite have the rhythm to match so we don’t get the joy of seeing him dance too, but there’s more than enough joy in the rest of the campaign to keep everyone content. 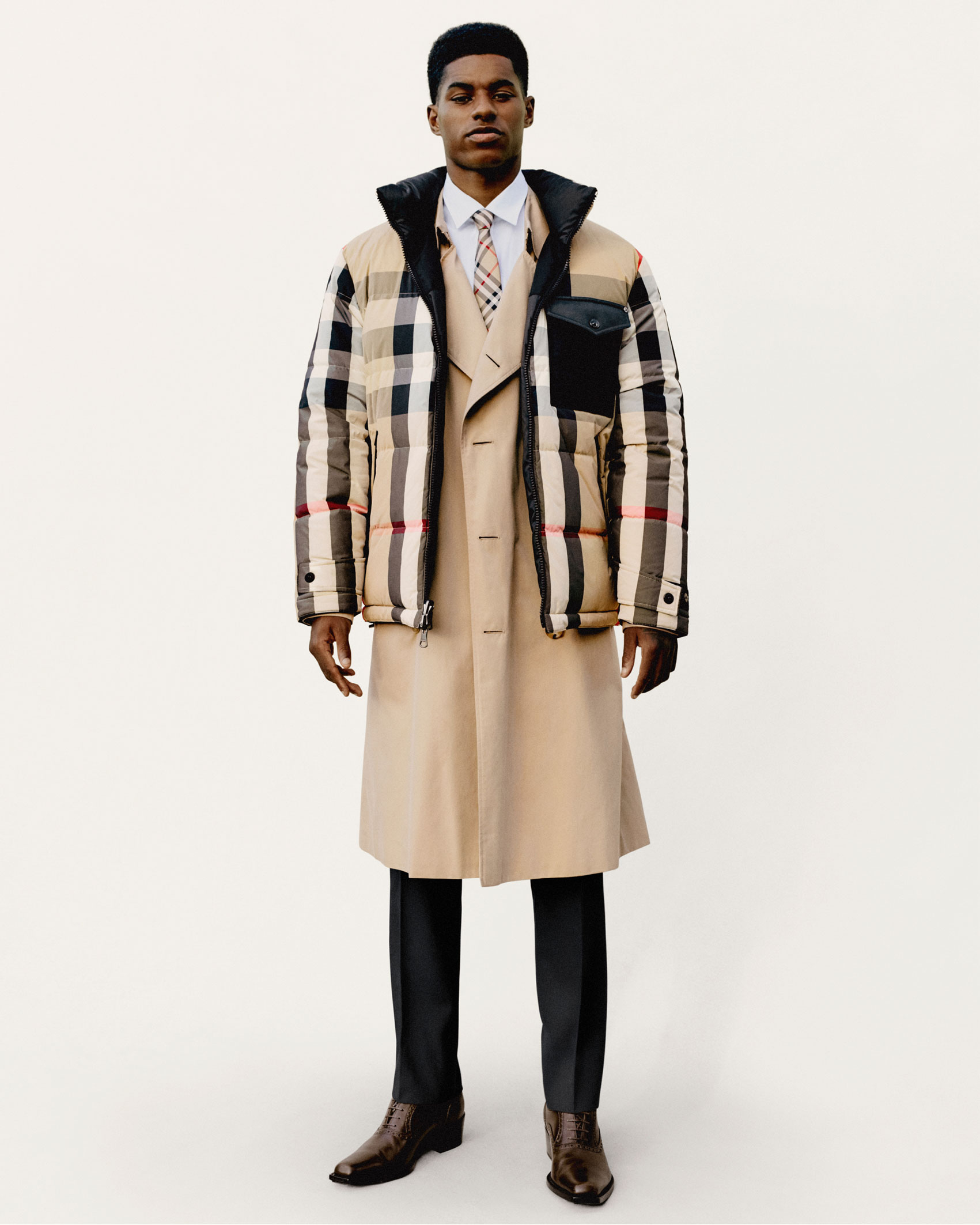 Click here to see our last feature on Burberry.

For more on Burberry – The Voices of Tomorrow campaign click here.