After postponing its London Fashion Week show following the untimely passing of Queen Elizabeth II, Burberry finally unveiled its eagerly awaited SS23 collection to a packed audience inside the decidedly urban setting of a Bermondsey warehouse.  In his final collection for the heritage fashion, creative director Riccardo Tisci called upon heavyweight names like Naomi Campbell and drew upon an influence common to us all to inform the visual narrative – namely, the Great British seaside. 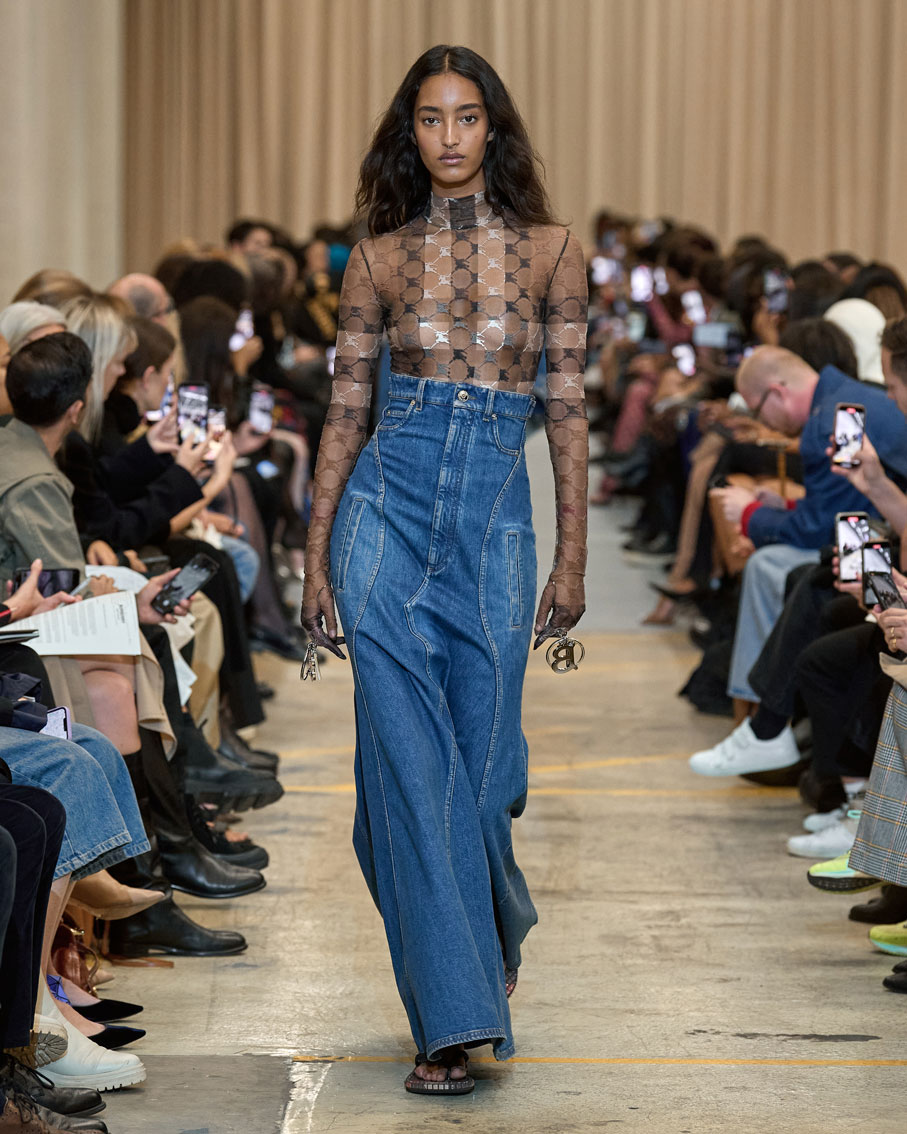 However, Tisci extended his gaze beyond the sun and sea to focus on the beach in a commentary on the value of natural spaces that foster community and togetherness.  This is the place where normal inhibitions are loosened to revel in a sense of shared humanity.  “That tension between dressing and undressing, between revelation and protection, underwear and outerwear, all feels relevant to now and part of Burberry’s modern DNA,” said the designer. 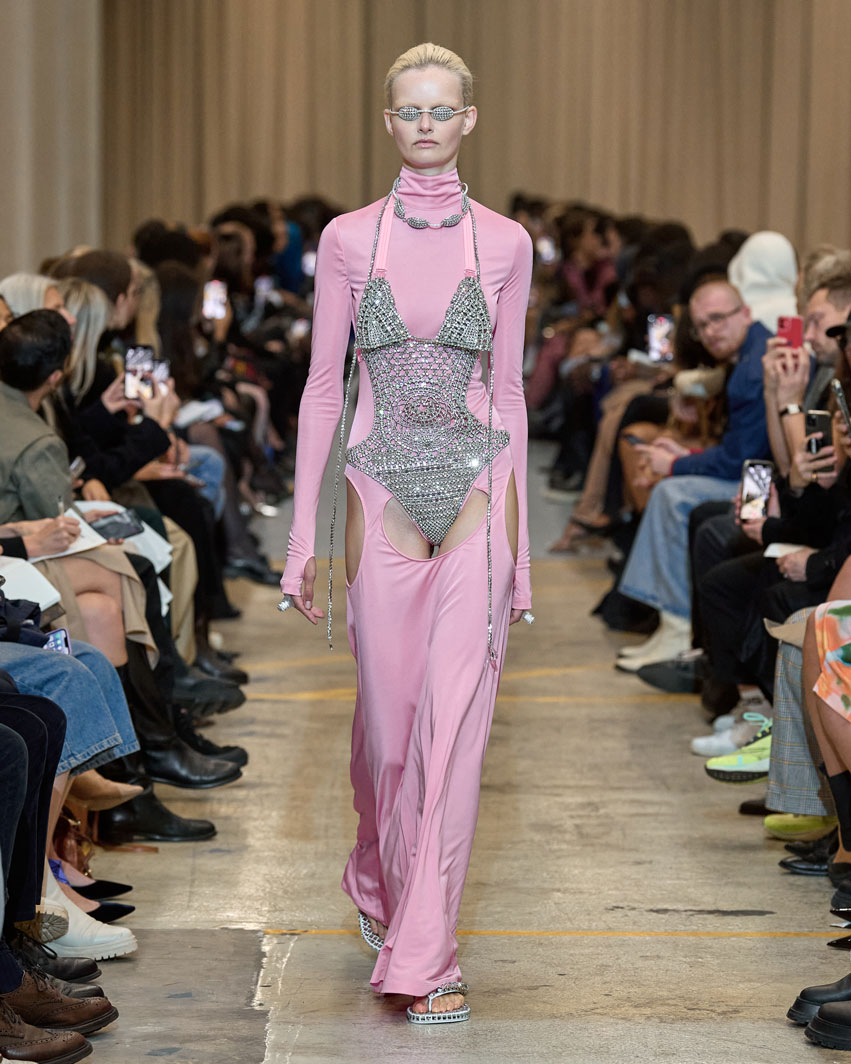 Set to an otherworldly live operatic score performed by soprano singer Nadine Sierra and the London Contemporary Orchestra, the cast purposefully stepped down the catwalk in a multitude of fantastical interpretations of a day by the sea.  Glittering choker hybrid bikini tops, complete with similarly crystallised armbands, and swimsuit versions of the same presented an elaborate yet playful interpretation of glamorous beachwear.  Even the sultry black velvet evening gowns of the finale appeared to incorporate buoyancy armbands into their silhouettes. 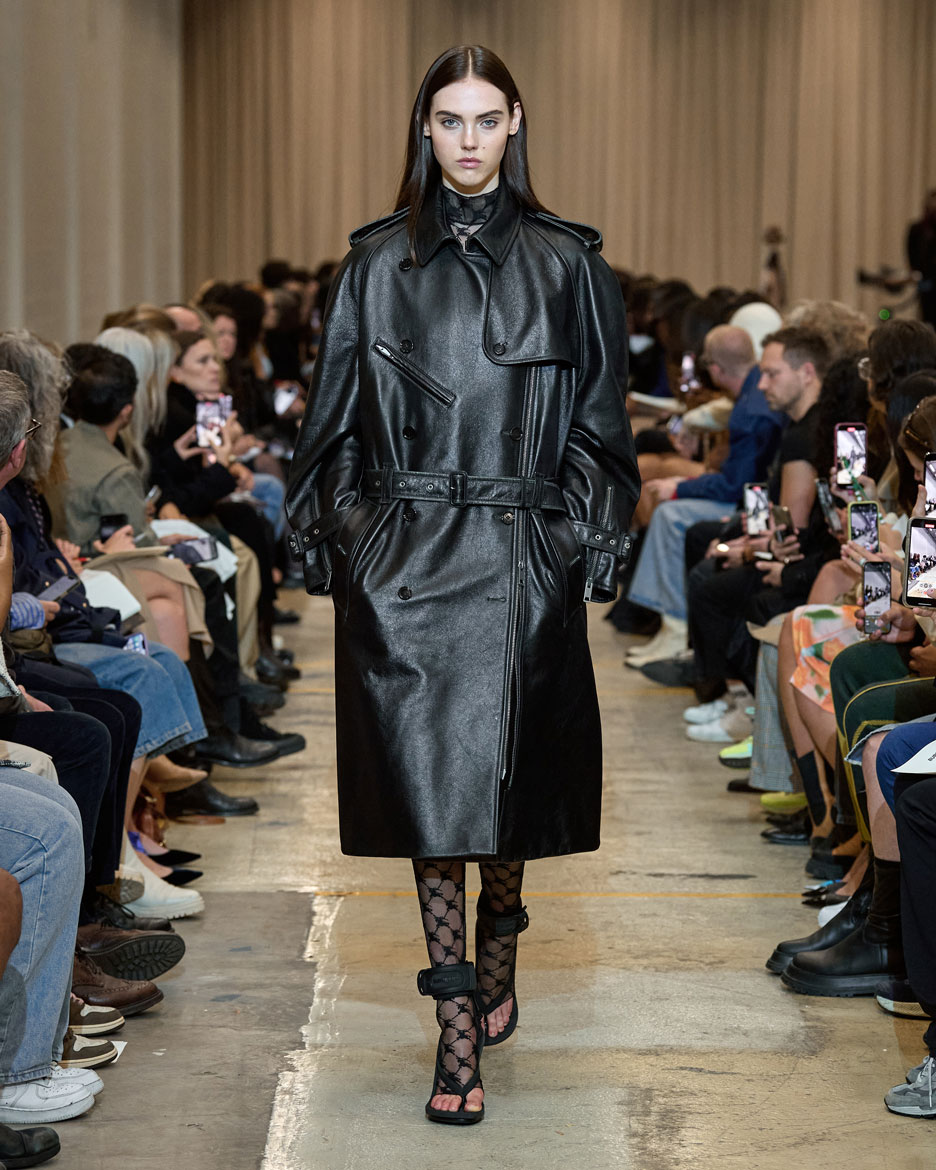 Variations on the classic trench were also on display for Burberry SS23 – from sleeveless versions perfect for summer, to black leather styles over monogram catsuits ushering in a new gothic staple.  Similar aesthetic themes extended throughout the broader collection, with black leather, lace, and ringed perforation detailing being a feature of many of the looks. 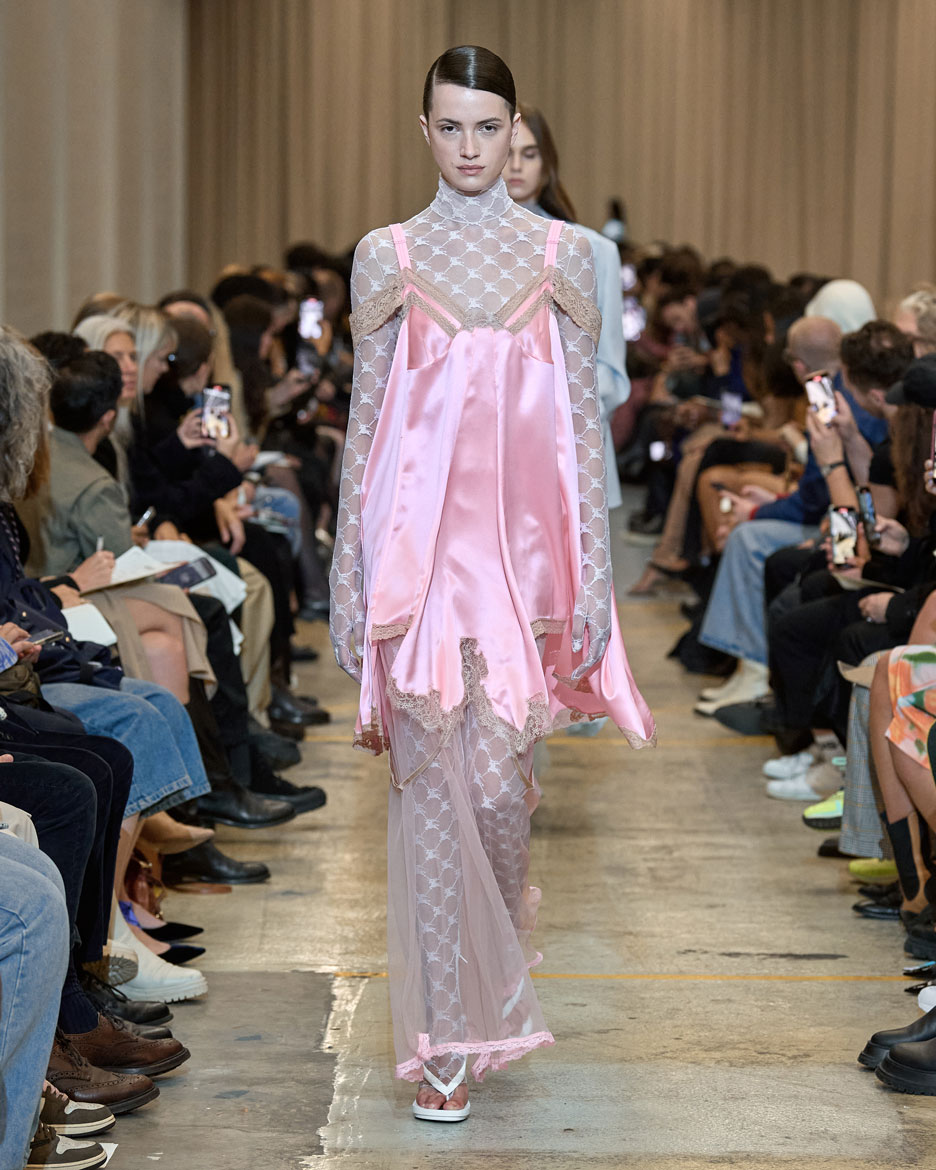 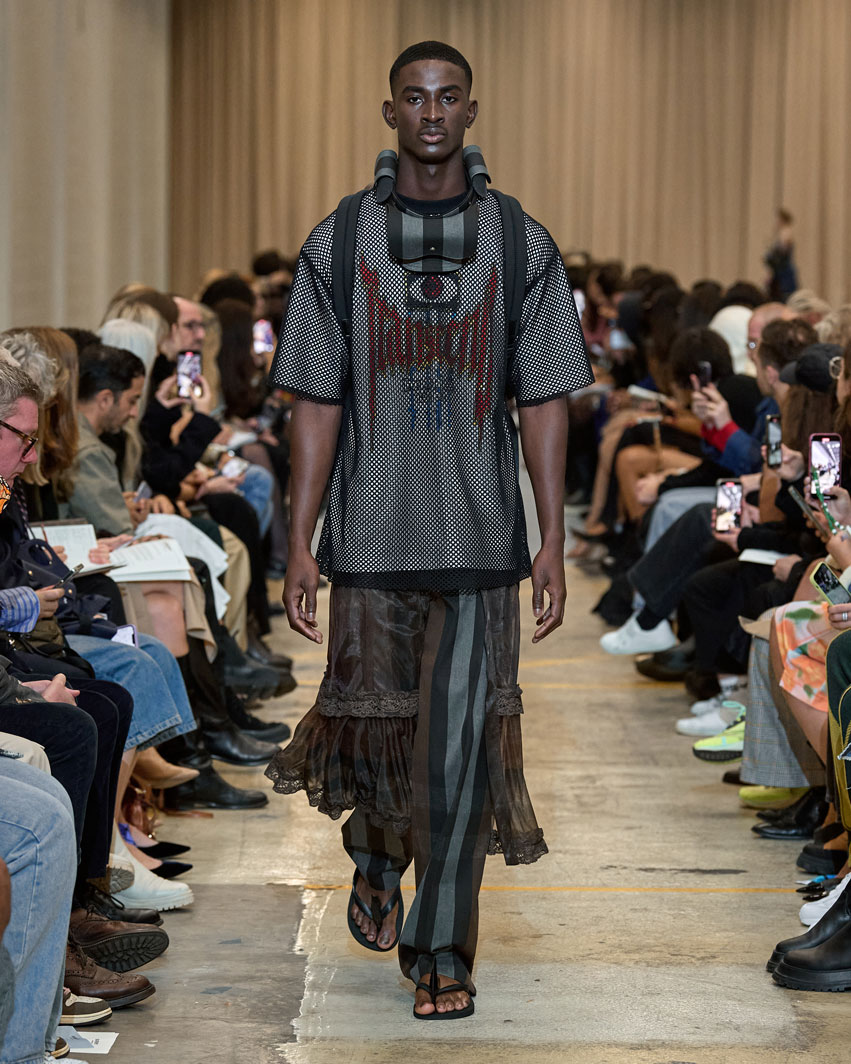 “I was inspired by the liberation and openness of youth,” said Tisci of his farewell collection, “of people embracing their bodies and revealing them – a pride in themselves, who they are, their identities.  Their freedom.  This feels modern, this feels right, and this feels Burberry”.