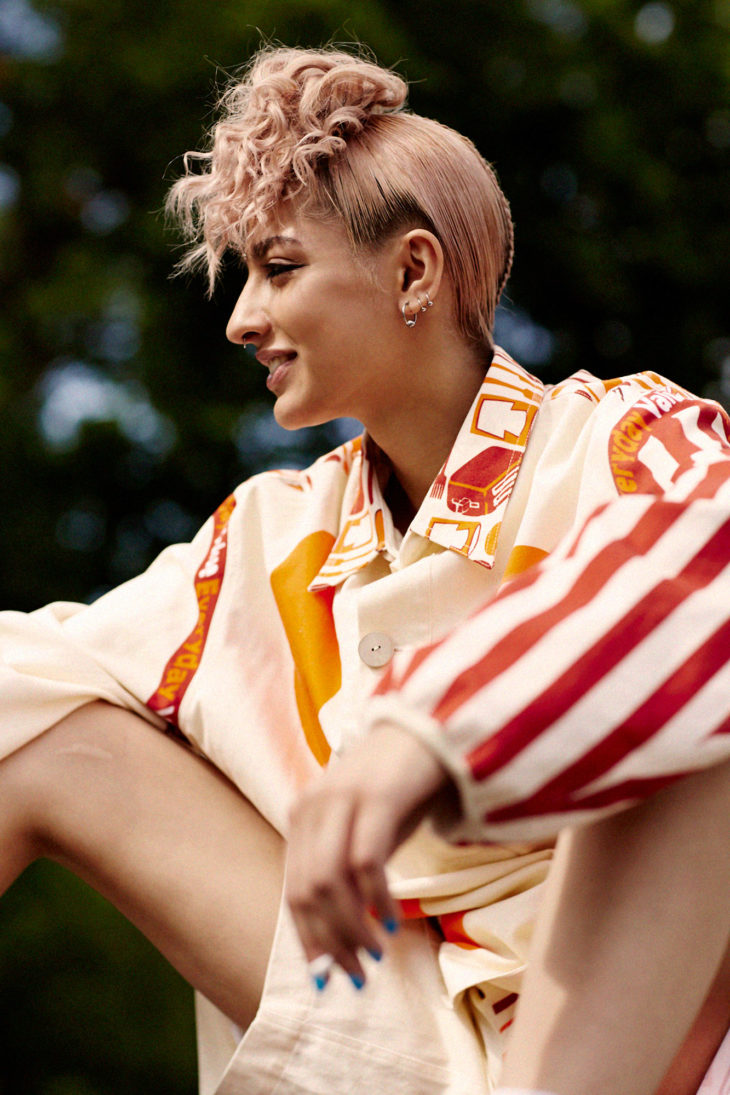 Bethany Williams is a young fashion designer fast making a name for herself as one of the most socially conscious voices in the industry, not merely through idle talk or sloganeering but through direct and effective action. By focusing on urgent socio-political issues, whether it be the food crisis within poorer communities as austerity continues to plunge people into poverty or working alongside female prison and drug rehabilitation programs, her primary concern in the manufacturing of the garments is sustainability both in terms of the means of production and as an economic model.

We caught up with her recently to talk about her first project, in association with Tesco, her latest work for SS/18 plus the challenges and pressures of making the work viable in the long term.

How did the collaboration for Breadline and Women for Change come about? What sort of processes do you have to got through in order to make something like that happen?

The Breadline collection came about from my MA course – I was volunteering at a food bank in Vauxhall and I arranged a collaboration between them and Tesco in order to get fresh food for the bank.  I negotiated a donation of fresh fruit and vegetables from Tesco in exchange for waste items from the food bank users. I developed a collection using these waste materials, plus recycled cardboard and ‘Tesco everyday value’ branded organic prints.

The Women for Change project came about through my teaching at London College of Fashion where I teach in social responsibility and the director of that course initially set it up with Holloway prison but when Holloway was shut down it was taken to Downview in Sutton. LCF gave funding to set up a studio to train 30 girls to be machinists within 2 years so when they leave they’re fully qualified and they also have an industry specialist affiliated with factories so they have the chance of employment at the end of their training. I was then introduced to San Patrignano in Italy which is just the most incredible place I’ve ever been to – really just so inspiring as to what you can do and how much you’re able to help people.

I’m assuming that you came into fashion with a philosophy behind what you wanted to achieve, a sense of purpose. How’s that been working within the industry, translating these ideas?

It’s been hard work. My mum’s a pattern cutter, we’ve always had a workshop at home so I’ve always been around textiles and I was always between becoming a textiles designer or going into fine art. I didn’t want to go into fashion – I didn’t like the idea of the waste within the whole system but I ended going into with different ideas because of my fine art background. I’d been reading a lot about relational aesthetics, politically engaged artists and collectives like Superflex. I wanted to know how I could apply these ideas to a fashion context.

At what point in your formative years did you recognise the importance of clothing as having social and economic relevance, as opposed to just it’s artistically and functionally?

I’m very lucky with my family – my mum always fights for what she believes in and is always very fair. She works in textiles but she also works for a charity – so that element has always been part of home life. Growing up in the Isle of Man also instilled in me a sense of community.

Given that the creative process for you is one of collaboration and how does this manifest itself, how do you go about initiating this part of the process? What is the beginning of a new project like for you?

It will start with the community. If I’m doing an exchange it’s really difficult because it depends on what comes in before you start designing. But when I went to San Patrignano I wanted to see what waste was being produced by all the different sectors to see what we could do with that. It’s a matter of seeing the materials, designing the fabrics and the whole collection comes from those fabrics – that’s the most collaborative part. I like having the engagement of all the people involved too – I asked all the girls in San Patrignano what change meant to them. Change was such a huge element of our conversations because it’s happening all the time with them.

“I asked all the girls in San Patrignano what change meant to them. Change was such a huge element of our conversations because it’s happening all the time with them.”

You obviously have an aesthetic concern, how much of a concern is what’s happening on the high-street?

I think because at the end of the day I’ donating back to the girls – the whole point of this is to be helping and to be a successful model and to make a profit. It’s great idea but if it’s not a successful model it’s not helping. This time I was so worried because with my MA it could be as crazy as I wanted but I need to sell this. It’s not just like it’s my collection and it’s all on me, if it fails I’m letting down the girls as well. So I was trying to make sure the textiles were as wearable as possible and the price points were right. The hand woven jackets are so expensive but if your price points are really close to the high street, it’s impossible to compete with that. If it’s too expensive then that puts it in a different area. I wanted to make sure there was a different entry point to certain items so you can just buy an organic t-shirt or a really expensive jacket.

Do you though feel part of a generation that is heralding new working and thinking practices?

Yeah, definitely. I’ve been working a lot with Orsola de Castro who runs Fashion Revolution, the campaign who made my clothes, and Aesthetica, the part of the British Fashion Council that concerned with sustainability – she’s been mentoring me and she’s amazing. Because she’s Italian she’s very much from that small, artisan way of working – just making one or two pieces for certain customers. She’s come from the type of industry in the nineties and noughties where it was mass production and designers wanting to be superstars but she said it’s so nice to see a change in the way people are working – this idea that’s there’s enough for all of us if we keep it nice and tight, whereby we all have a specific craft. It’s more sustainable and the business model is better as well. It’s mirrored in the way we’re starting to think more about we consume food. 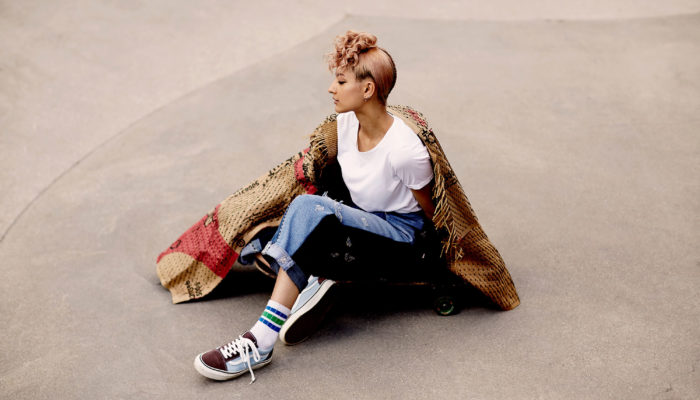 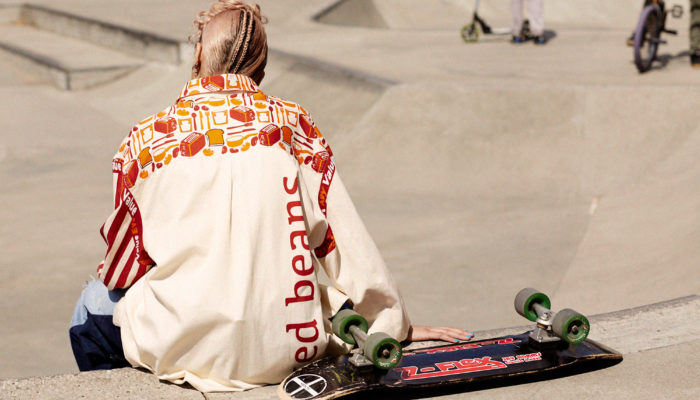 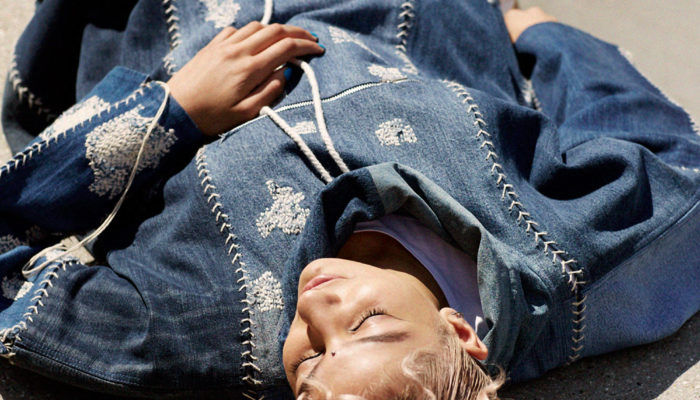 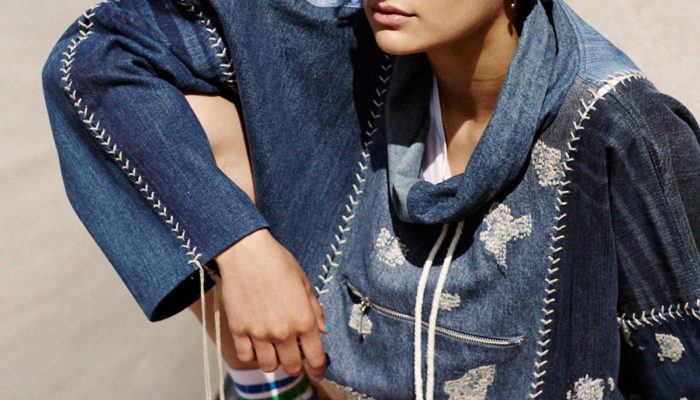 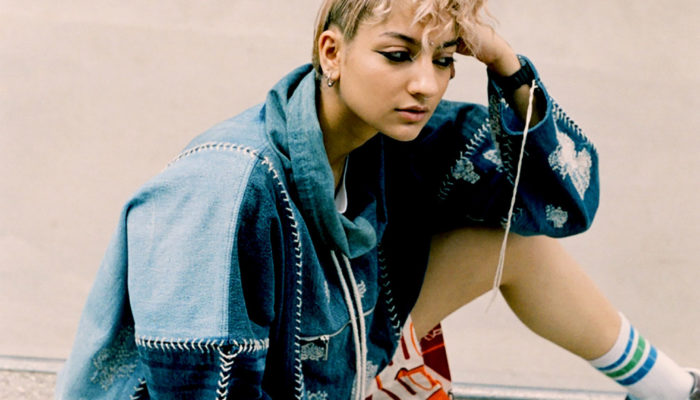 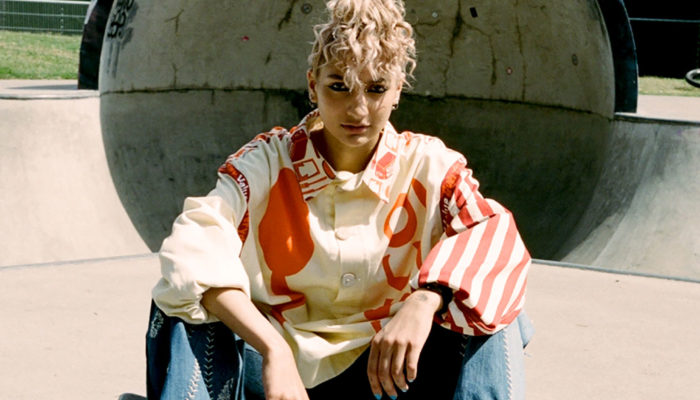 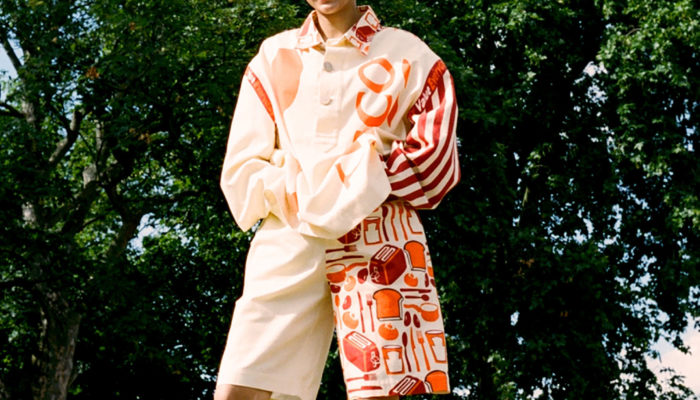 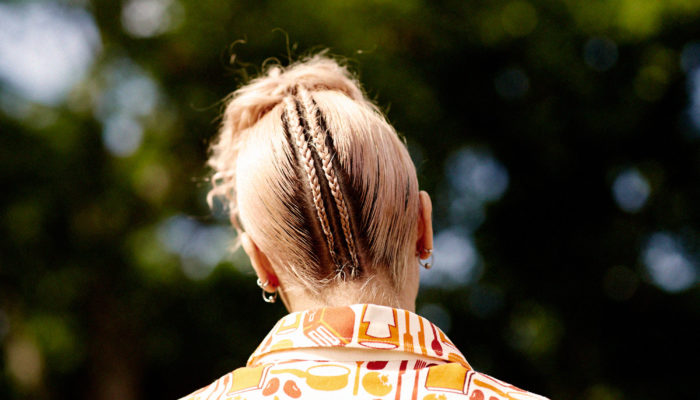 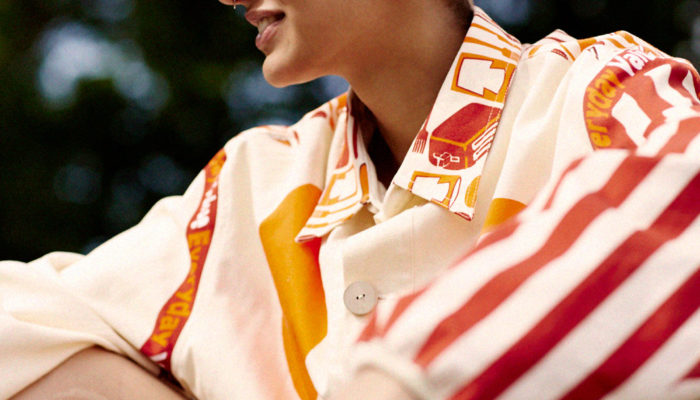 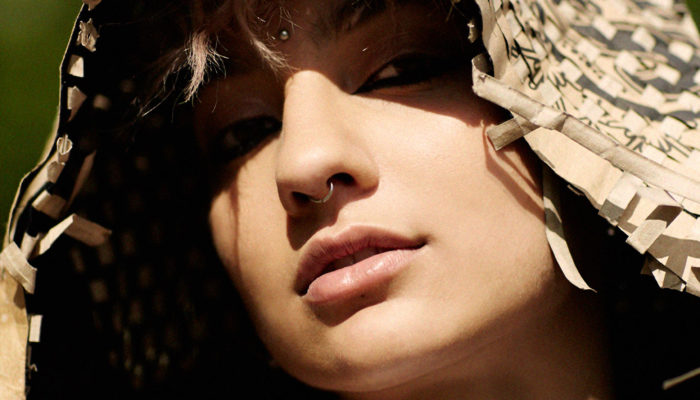