Certain people are clearly born to do certain things.  Serena Williams was born to play tennis, Prince was born to play music, Christian Dior was born to create fashion – you get the picture.  Well, Sir Ben Ainslie was born to be a competitive sailor and anyone who knows or has ever met him knows it as sure as they know night follows day.  There’s an unquestioned exceptionalism that he demands of himself and those around him when he’s competing that might have made him a few enemies along the way but also made him one of the greatest and most decorated sailors in history.  Four gold medals and a silver at FIVE consecutive Olympic Games is more legacy than mere achievement so today, as the team principal of the British America’s Cup team, INEOS, it’s fitting that Ainslie should be at the sharp end of the new Belstaff Brittania capsule collection for next year’s America’s Cup challenge in New Zealand. 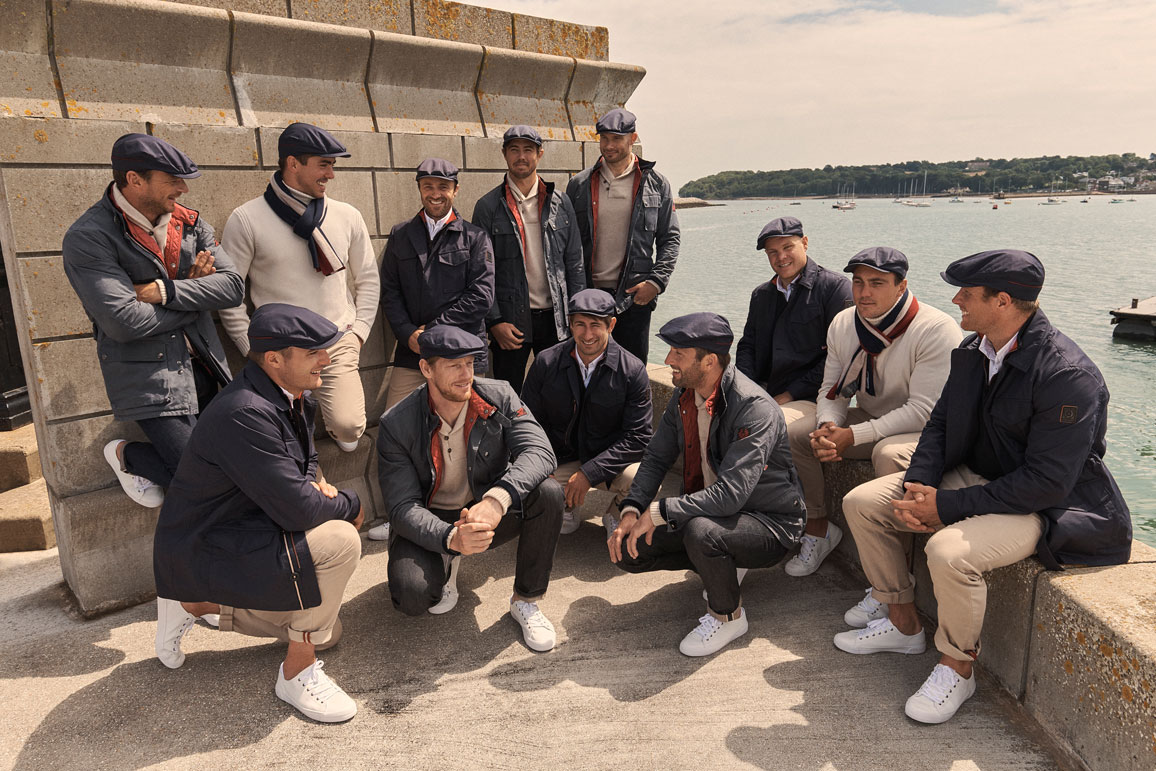 Of course, Belstaff has an almost century-old legacy of its own as a British heritage brand that it brings to the table.  Their story takes them from the British Royal Navy, the legendary Isle of Man TT races, the aerodromes of Britain and Australia, The Cuban Revolution, the bright lights of Hollywood, the catwalks of London and, now, back full circle to the water again with a purpose built collection that would make Ralph Lauren envious.  Belstaff creative director Sean Lehnhardt-Moore was apparently inspired by the designs of America’s Cup team outfits through history, and the particular influence of the 1950s era can be seen in the classic ‘preppy college student’ aesthetic that underwrites the collection.   All you’d need to do is swap out the clean white sneakers for some two-tone saddle shoes and you could be in Marty McFly’s Back to the Future. 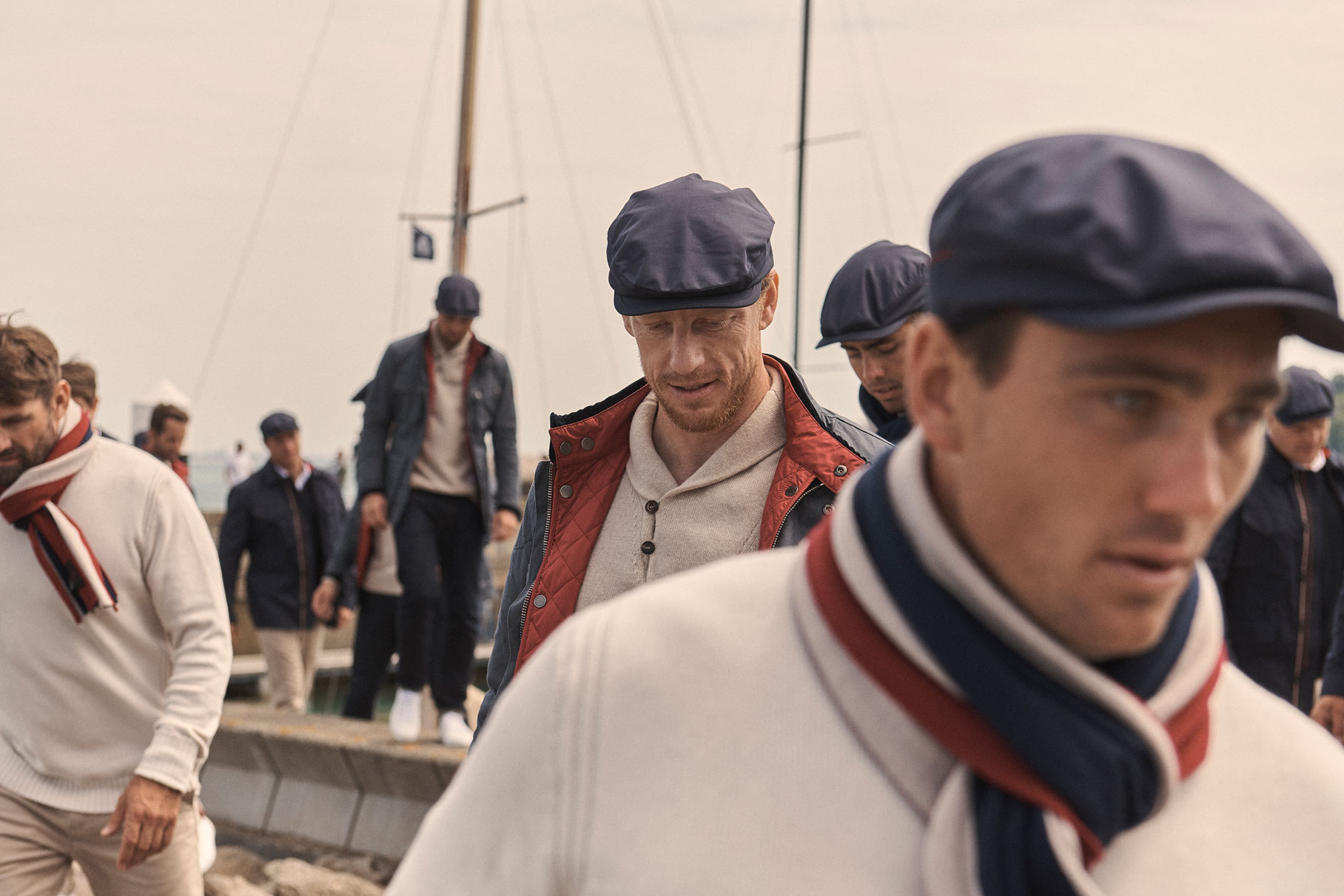 Those white sneakers are more than just the practical choice, however.  They fit perfectly within the collection’s striking colour palette.  Warm oatmeal and beige tones are offset with strong shades of blue in the jackets and the jeans (casually rolled up at the ankle – it gets wet on boats sometimes).  Appropriately enough, the collection has been christened ‘Britannia’ after the INEOS team’s first racing boat.  But, with 23 pieces to choose from, this is not just a convenient promotional tie-in.  Belstaff even took the time to collaborate with the single oldest hat shop in the world, Lock & Co., for a limited edition, water-repellant Navy flat cap.  All of which should tell you that they are just as much of a partner, and just as committed to the British team bringing the oldest international sporting trophy back to Blighty for the first time in its history, as Ainslie is himself.  There’s just no real harm in looking this good while they do it. 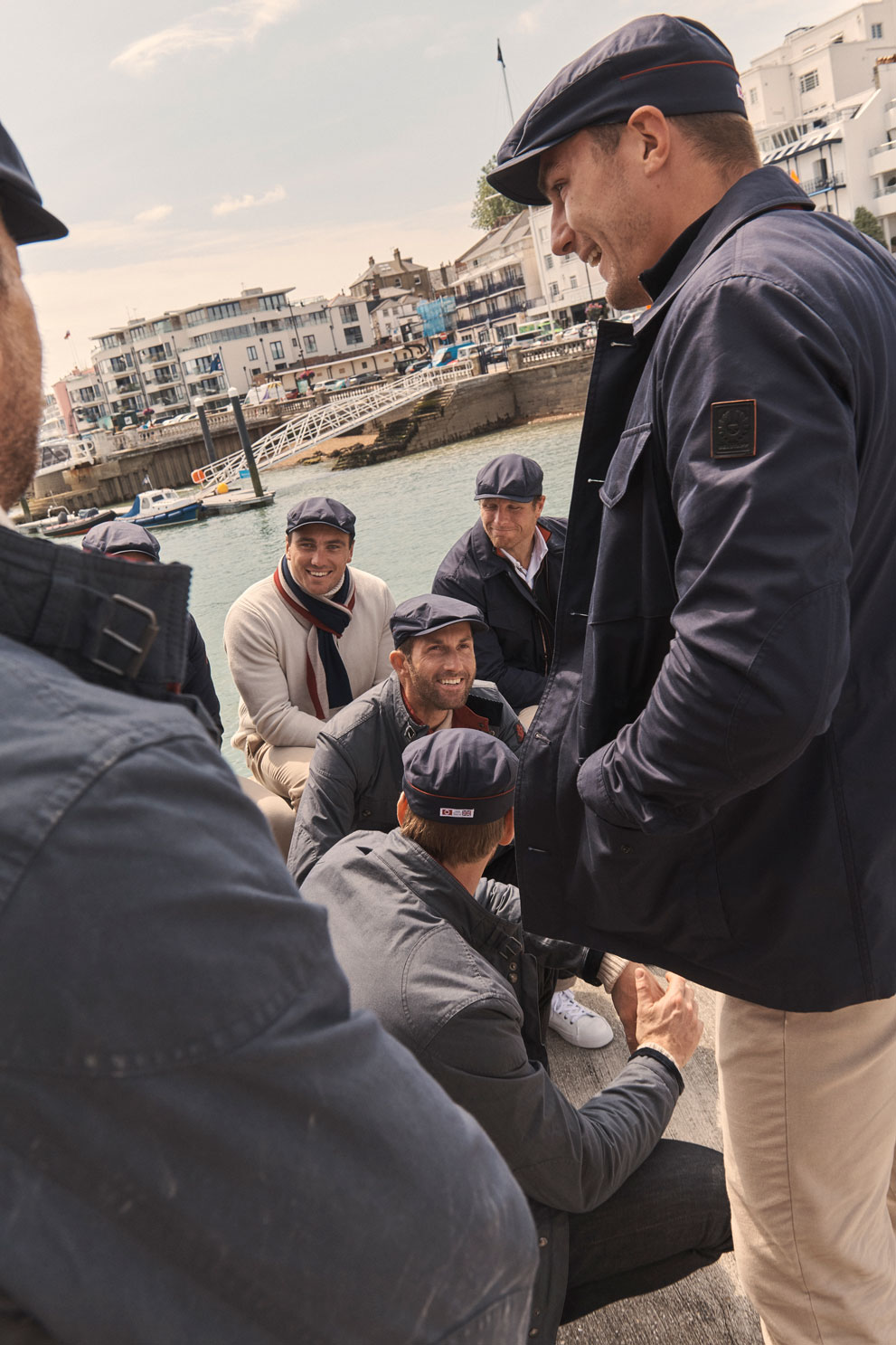 Click here to see our last feature on Belstaff.