Barbara Bologna re-introduces herself through her new spring/summer collection. By Carolina Anzalone

Barbara Bologna’s contemporary art background makes it almost impossible not to instantly recognise her unique and cutting-edge design style that sets her apart from other Italian designers.  Her extraordinary aesthetic was last seen dressing the UK Fashion Film Festival 2020 award-winning film Embodiment, directed by Ced Pakusevskij.  In that context the designer was transported into a completely different dimension; an imminent yet futuristic world. 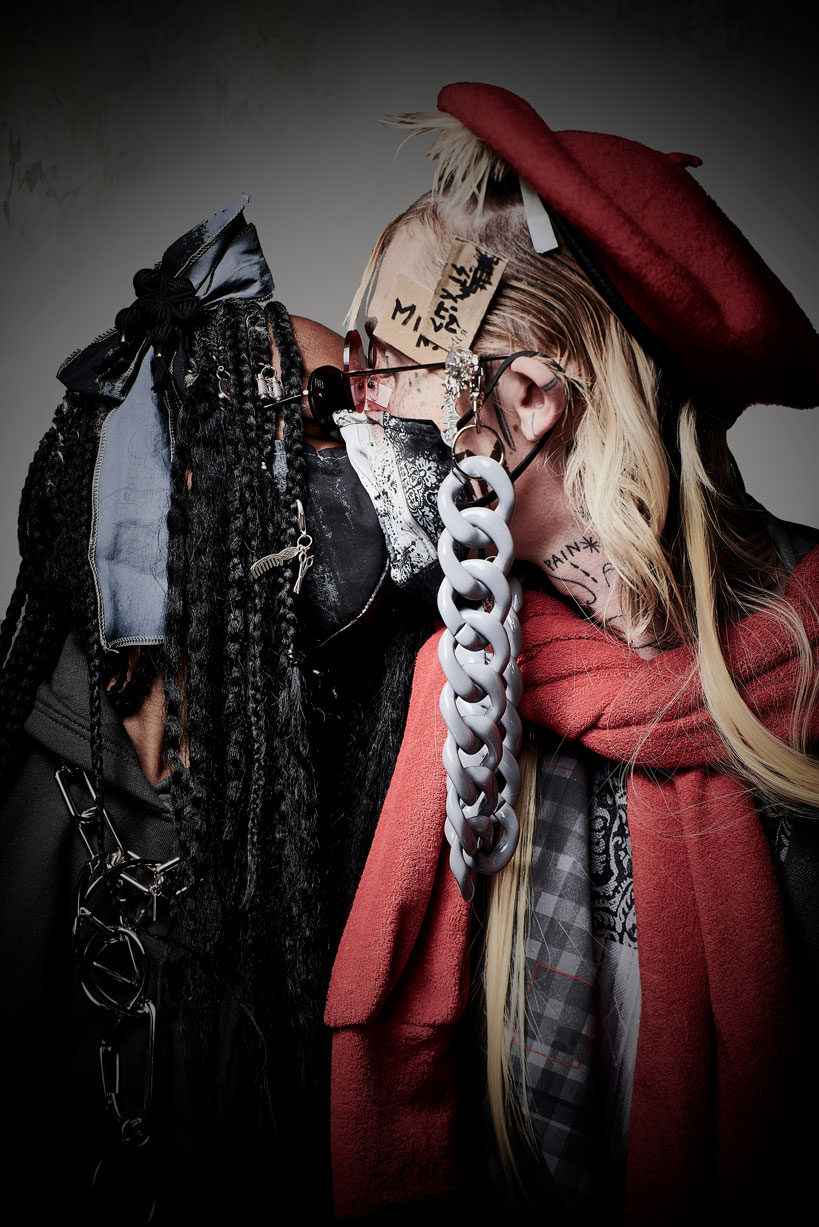 For her new S/S2021 collection Bologna immerses and envelops you in a new and particular atmosphere full of emotions.  Vulnerable and provocative, she presents herself her as a disruptor as well as a designer, using the new collection as a medium for a type of intimate expression of her true self.  I’m Barbara announces itself as the rediscovery and awareness of oneself for this coming spring/summer.  The emotional and aesthetic charge in Bologna’s work is irresistible, capable of capturing her energy and releasing it through her creations.  Her passions and emotions come together and seem transformed with a feverish momentum.  The collection itself is divided into four different ‘moods’ – City, Club Fever, Camping, Cervelli – and are linked together through the narration of a story – Barbara’s story. 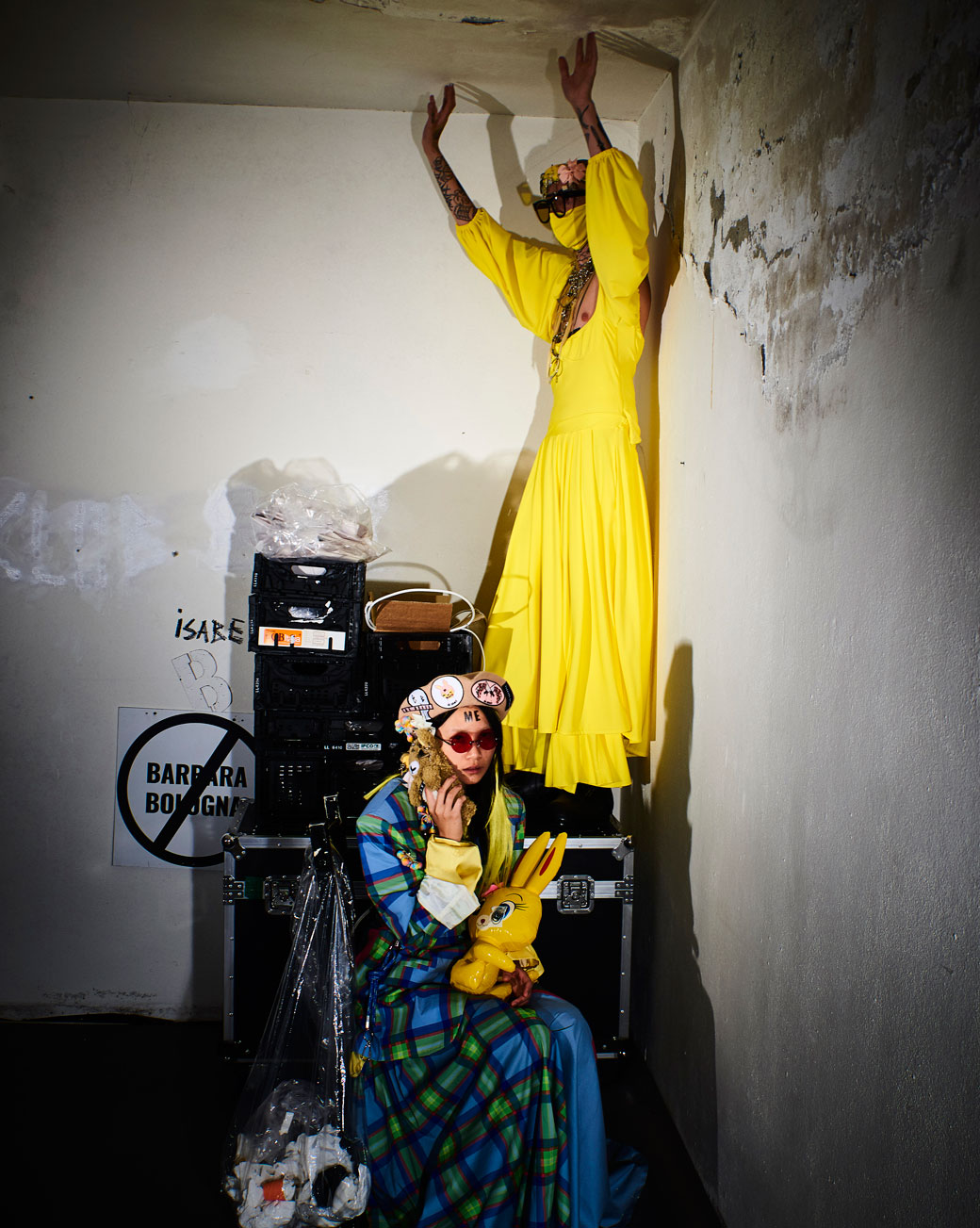 The sentiments of the new collection undergo mutations for every mood, merging prints and encrypted messages in her garments.   You can see the complexity of the City mood and the clash of tones that suddenly transforms into the bright colours and expressive freedom of Club Fever.   The cooler shades of blues and greys in Camping stands in contrast to the warm interaction of our campers and, by the end, Cervelli presents us with a more traditional scenario but with the contemporary edge of bold black and white looks, each with eye-catching contrast printing. 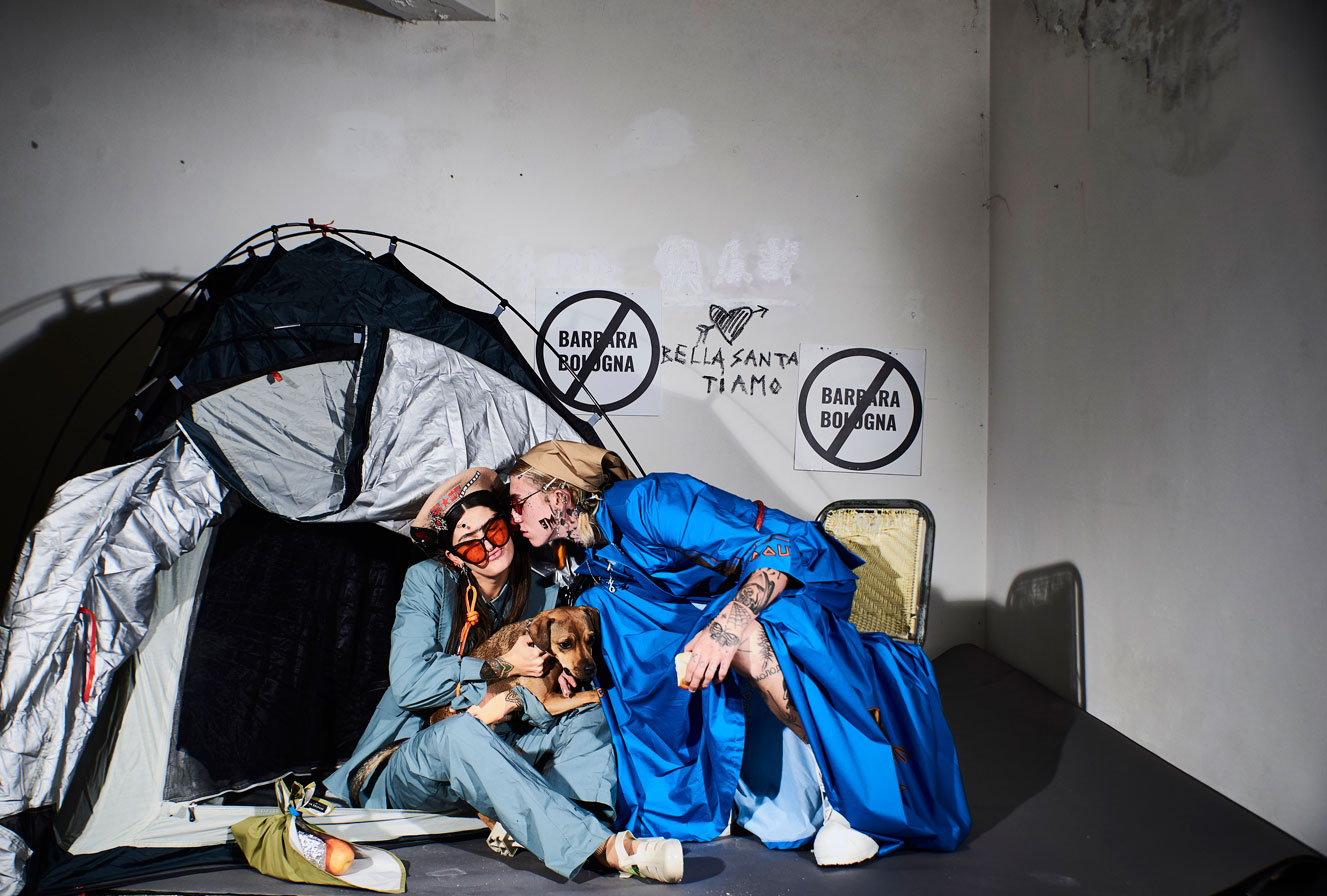 I’m Barbara is bold and beautiful statement, with a sharp mix of art, fashion, introspection and aesthetics.  It’s a world in which present, past, and future are all defined in multiple shades of the present.  It’s a collection that bravely reveals Bologna’s naked truth. 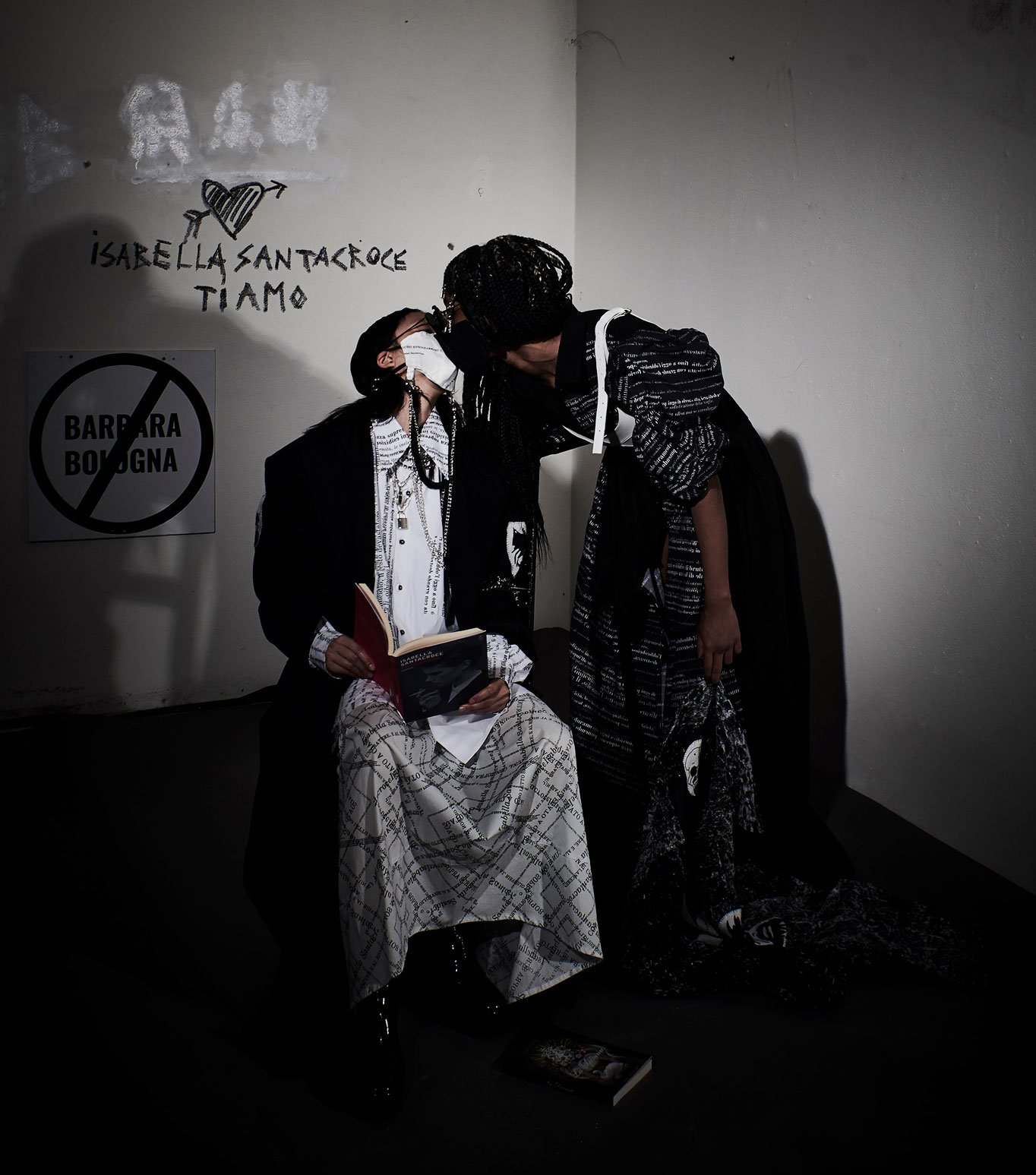