Alexander McQueen, or ‘Lee’ as his family calls him, was the kind of once-in-a-lifetime creative force people write books about.  Or, of course, make documentaries about.  It’s always a point of personal pride for us that we can end both of those sentences with: “and he was British.”  Unfortunately, many times the ones who are touched by genius are also eventually consumed by it.  Next year will be the 10th anniversary of his passing and the hole that he left in global fashion hasn’t reduced in size. 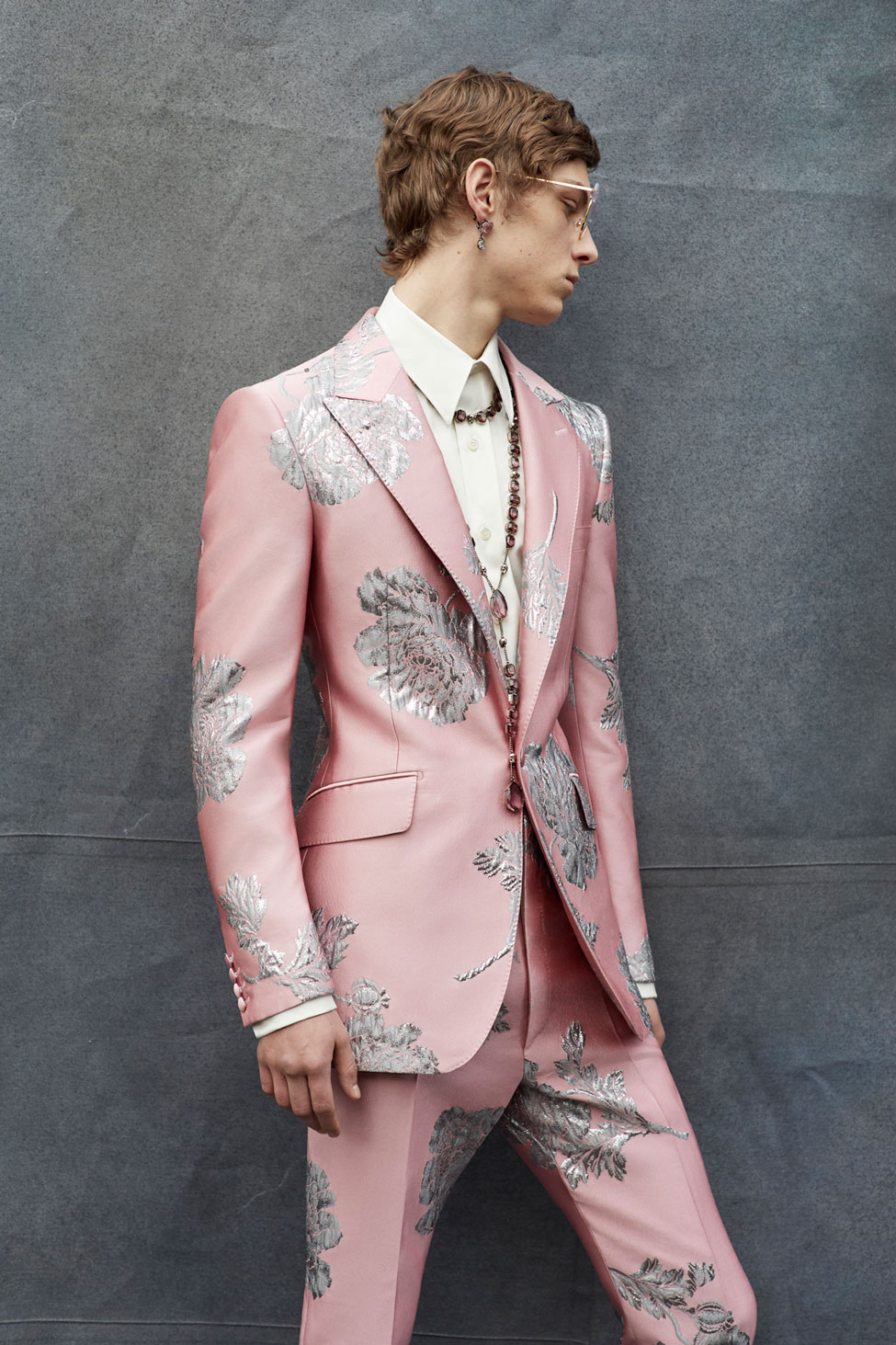 Fortunately, his spirit lives on through current creative director Sarah Burton and her new A/W19 menswear collection for the fashion house that bears his name.  The collection itself invokes the era of ‘suited and booted’ Northern Soulboys in the working class towns of northern England.  Something that would have mirrored the ‘rudeboys’ of the south east London estates of McQueen’s upbringing.  Back then there was always something a little exotic about seeing the confident few who wore their sharp Savile Row style suits with pride in the deprived areas of country where they lived.  For them, it was just as much about making a statement as it was about clothes to wear.  Sound familiar? 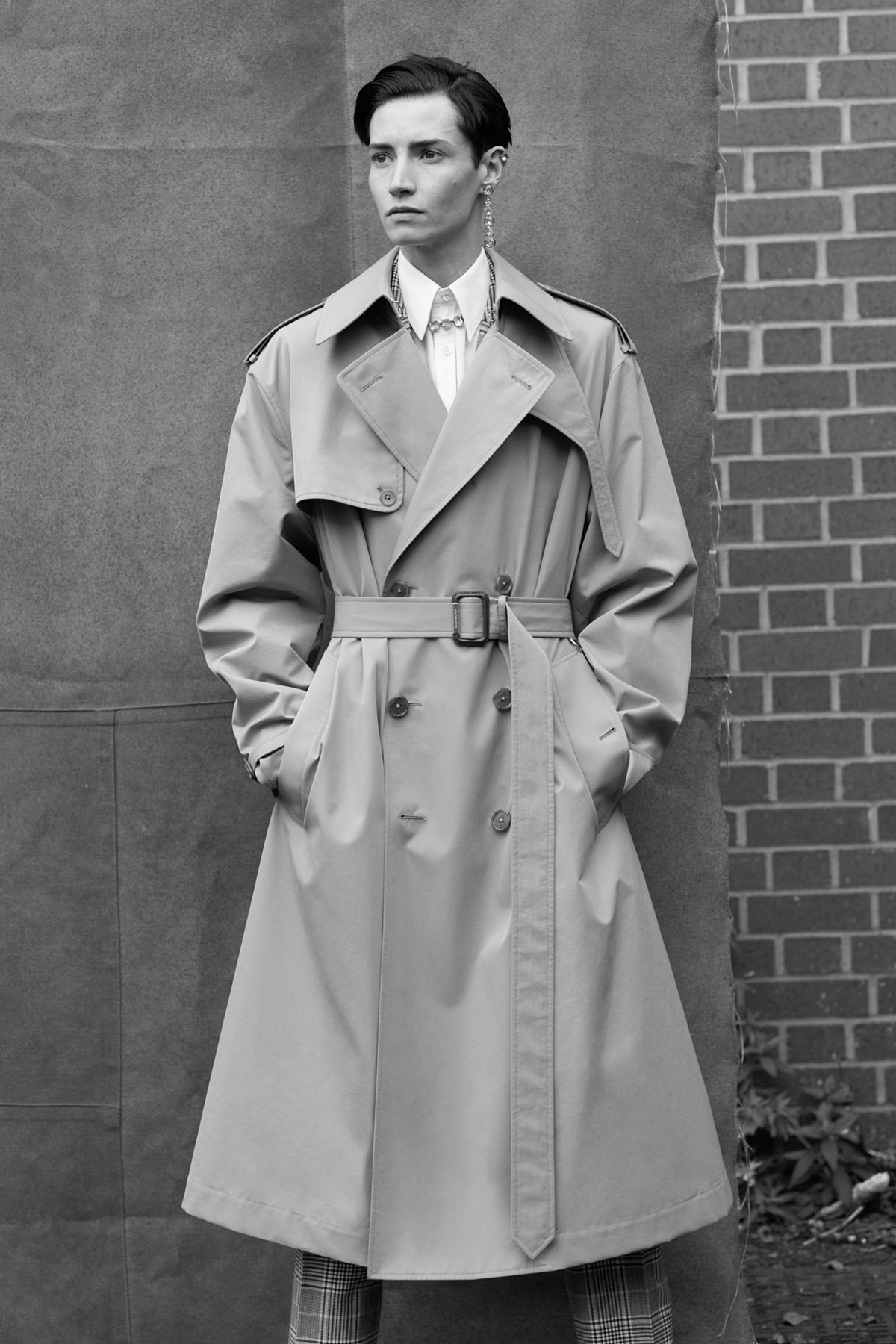 Some of the sharpest guys on this winter’s fashion circuit will be the ones wearing the new Alexander McQueen collection.  It takes that timeless Savile Row aesthetic and adds a twist here – like exaggerating the proportions of a particular silhouette – and a flourish there –  like old man tailoring and work suits in pastel coloured, metal floral wool silk jacquard.  They’re the kind of clothes that would be equally happy on a red carpet under flashing lights or high-stepping on a crowded dance floor to The Tams (Google them).  It will make guys swoon in the same way women do when they see a new Chanel dress.  It’s not something often said about menswear but, it is an amazing and beautiful collection.

Or, as they might have said in McQueen’s south east London days, “That’s a really nice bit of schmutter”. 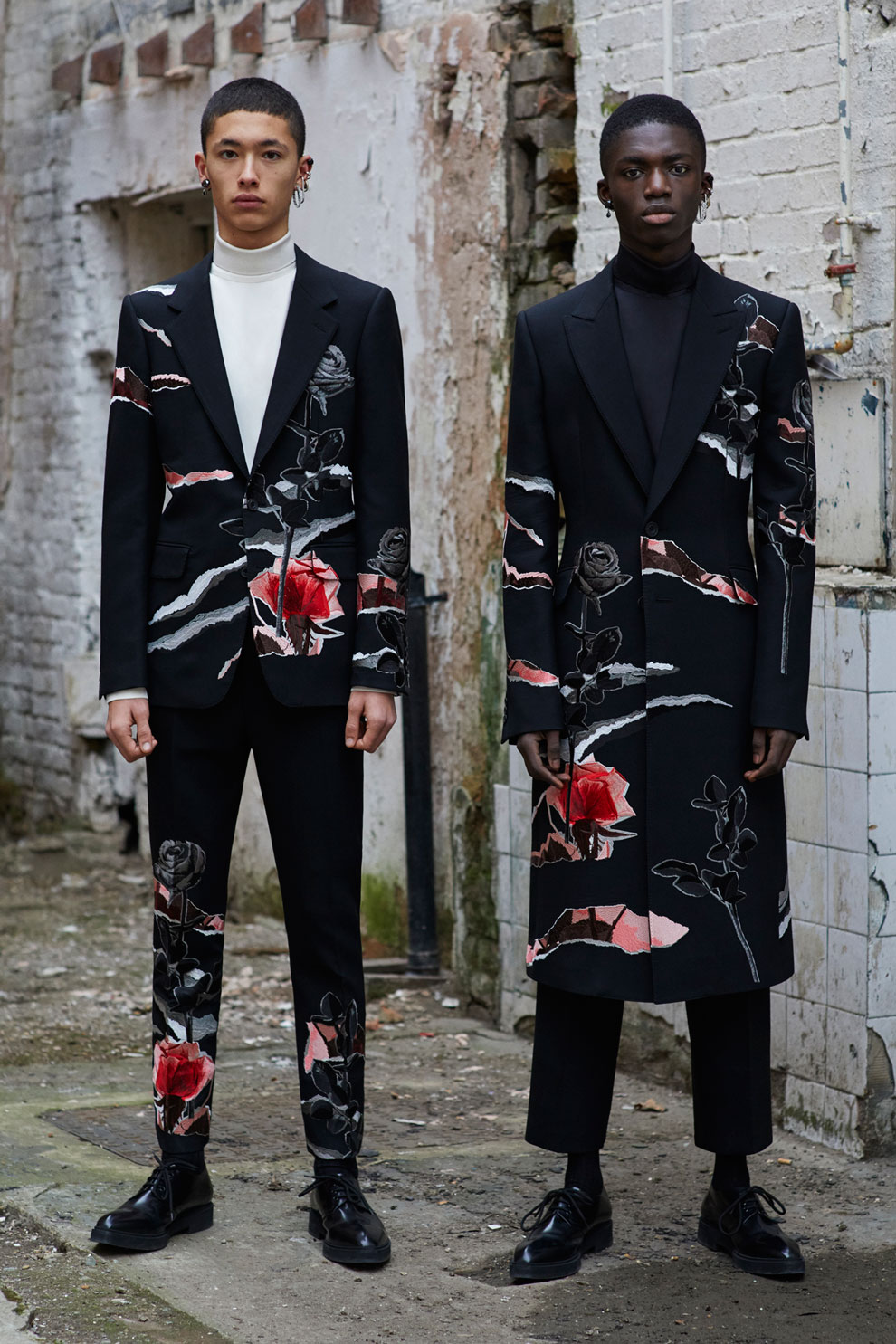