Anthony Vaccarello may have left it to the last day of 2020 to drop last year's most beautiful fashion film. By Carolina Anzalone.

The fashion film Summer of ’21 by Saint Laurent immediately presents itself with a completely different atmosphere, arousing a strong sense of anxiety and restlessness.  The film begins by conveying vibes that are completely opposite to the peace and quiet presented in First Light, Alexander McQueen’s recent fashion film. Here we have a growing atmosphere of tension.  Things seem tormented and uncertain, which leaves us catching our breath and confused.  The combinations of uncertainty, danger, fashion and decadence is palpable, thus representing the strong range of emotions that we all felt during the year that just ended.  This is a slightly off-centre, hyper-reality that is incongruously accompanied by the famous song “I Feel Love” – something that almost allegorically breaks the tension of the video. 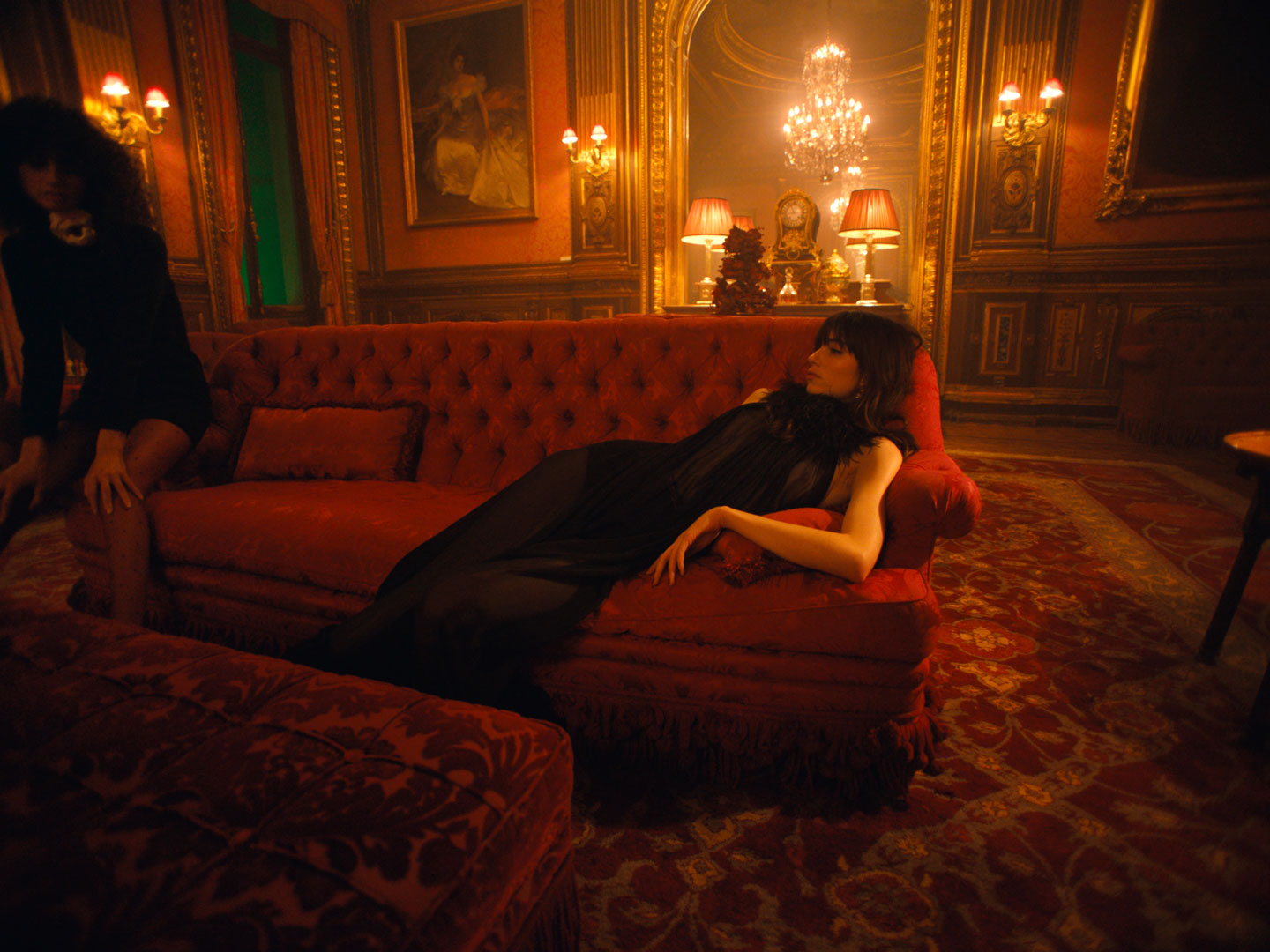 The film opens on a forest dominated by spooky lighting and horror movie shaky cam footage as we follow the escape of a frightened girl, screaming and lost in the darkness.  Her escape abruptly leads to a mysterious house that becomes our anchor for the rest of the film.  But although this climax is expected to lead us into an unexpected drama, it is instead framed and poetised by the unspoken introduction of iconic English actress Charlotte Rampling in the guise of an old Hollywood diva.  The house itself is almost an oasis from the tension outside; a calming treasure chest of discovery with opulent rooms full of the most captivating models like Mica Arganaraz, Sara Choi, Kim Schell, and Anok Kay.  They are the angelic figures dressed in fur trims, black leather mini dresses, off-the-shoulder leotard jumpsuits with feathers around the sleeve, hot pants, and silk blouses accessorised with floral neckties. 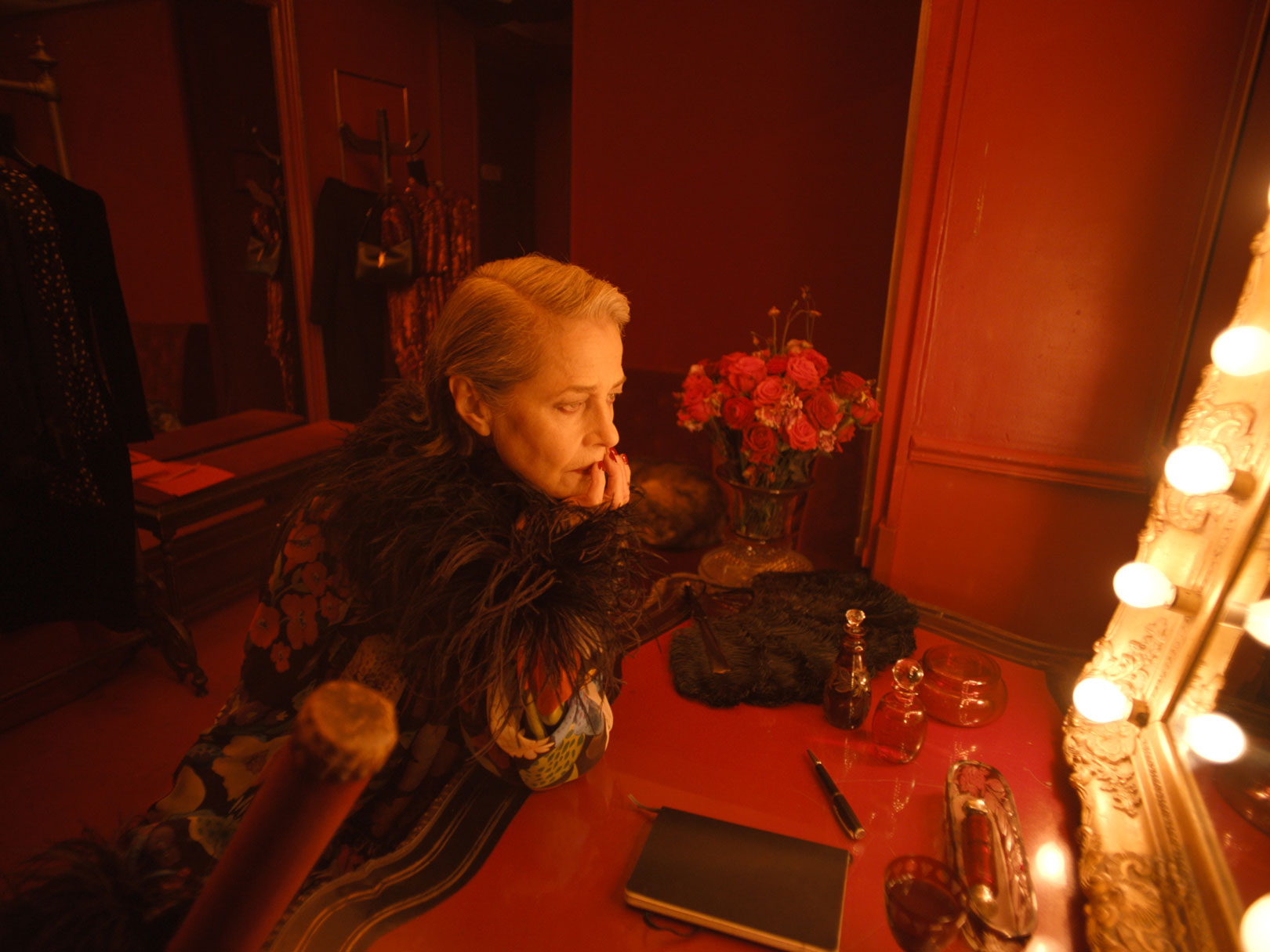 The Argentine filmmaker behind the clip, Gaspar Noé, clearly wanted to pay homage to the famous Italian Giallo films, such as the original 1977 horror classic Suspiria by Dario Argento.  The colour palette used is strong, definite, full of vibrancy and reaches its maximum expression with the interpretation of Rampling’s character at the end.  Her aura has two aspects: on one hand, we have the austerity conferred on her by her regal presence, while on the other hand the bold floral print gown she is dressed in provides the main explosion of colour to the looks of mostly Saint Laurent black on the rest of the models in the cast. 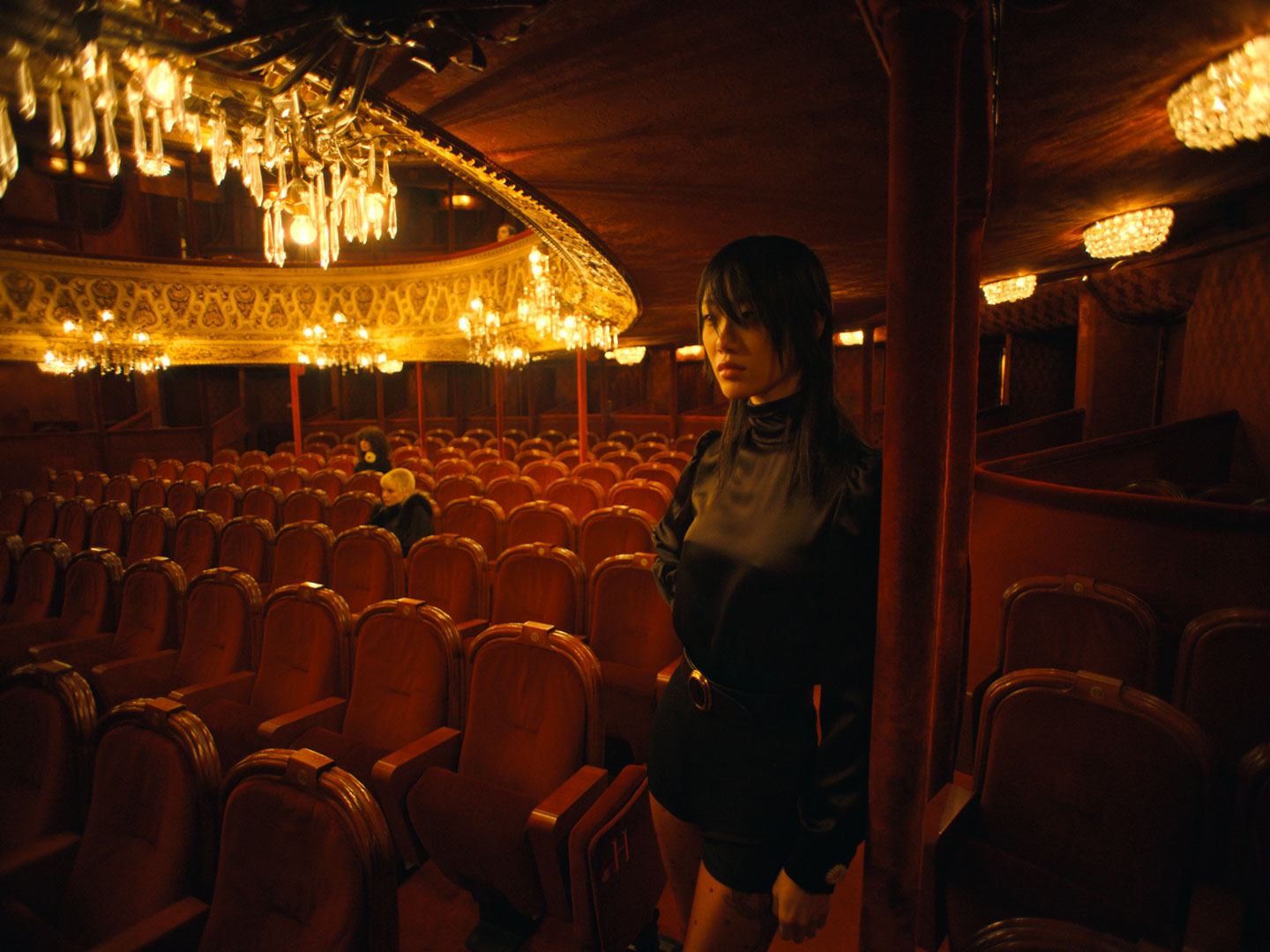 Vaccarello and Noé both did an amazing job with Rampling for this film.  By the end they had elevated her into a near mythical priestess figure delivering a message of salvation for the new year to the gathered ‘masses’.  Summer of ’21 is captivating and mysterious as well as extravagantly beautiful.  The film interprets and invites you to think about reality and meaning, fashion and culture and hope and rebirth for the coming future.  After all, Pandora teaches us that hope always triumphs over evil and despair, so what could be a better message to deliver after the year we have all just had to endure?

To watch the full Summer of ’21 film by Saint Laurent click here.

Click here to read our last feature on Saint Laurent.