Lensed by the legendary Steve Meisel, Louis Vuitton unveils their new Capucines 2021 leather goods campaign with a series of sultry photographs featuring French actress and House ambassador, Léa Seydoux. Directed by Nicolas Ghesquière, the campaign spotlights the intimate relationship between a woman and her handbag. The signature leather Capucines bag, an essential that is ever-present in a women’s day-to-day, is showcased in black to highlight its timeless elegance in contrast to the deliberately muted tones in every frame. 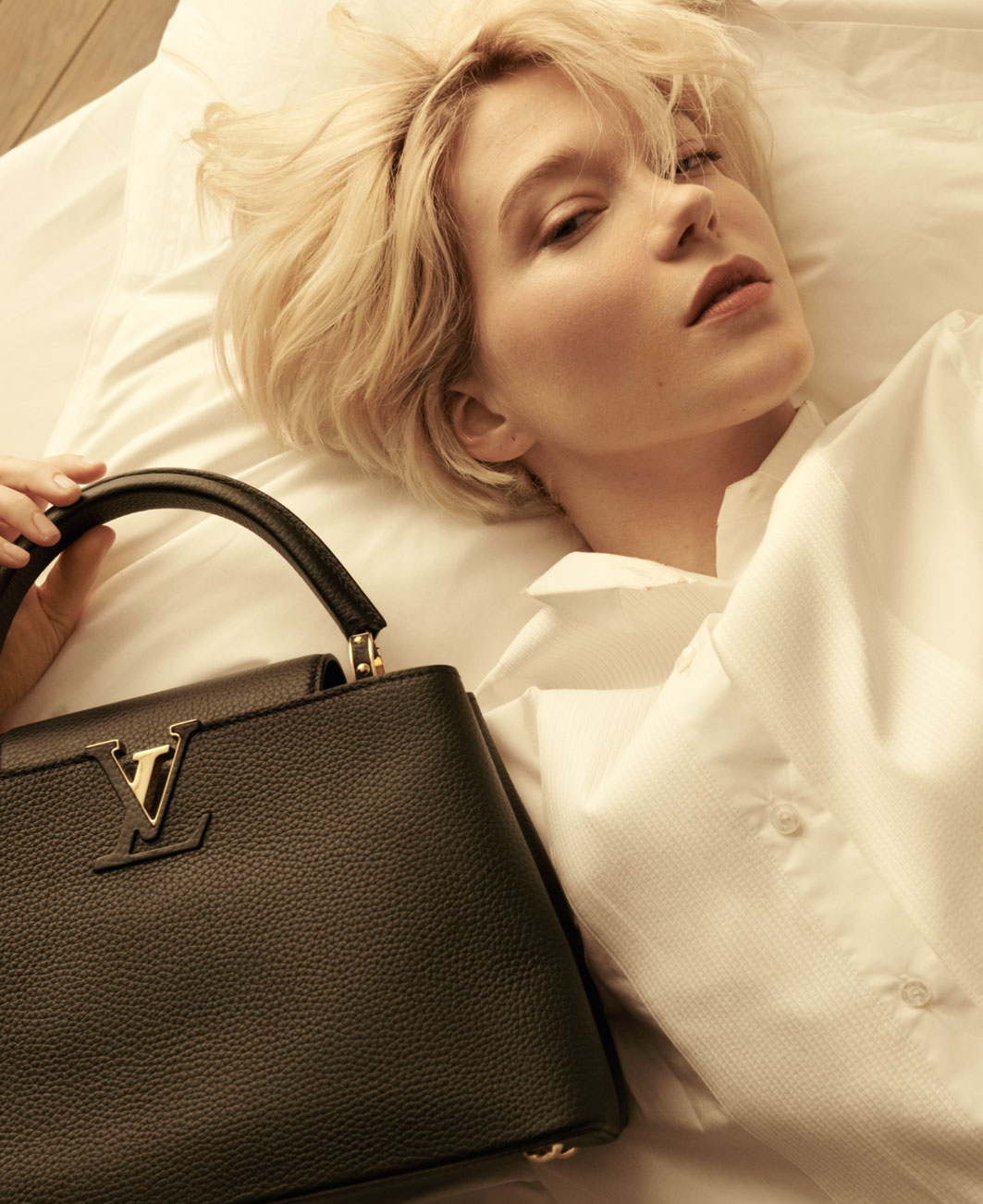 The architecturally minimalist bag, initially launching in 2013, was named after Rue Neuve-des-Capucines, the street where the Louis Vuitton brand was first founded in 1854. As a consequence, the Capucines style has become one of the House’s most recognised signature designs. Modest in spirit, the Capucines is also one of the most feminine Louis Vuitton styles; a versatile statement bag that carries with it the kind of history and style that has given them iconic status. The bag itself symbolises the blending of tradition and innovation – perfectly embodying the House’s art of leather craftsmanship, clean lines and timeless sophistication while Ghesquière’s campaign perfectly recreates a’ Capucines lifestyle’ with Seydoux as the protagonist. 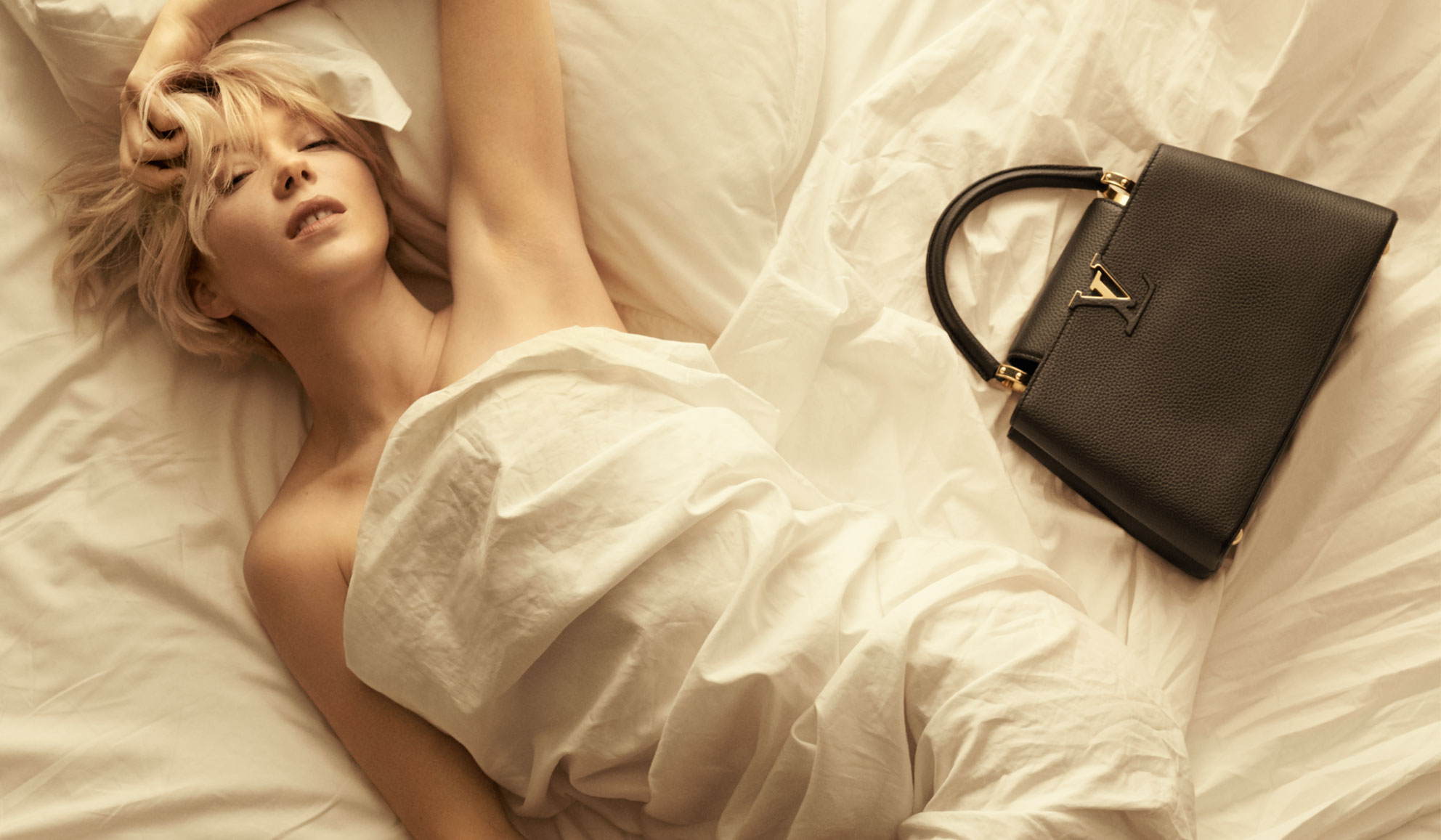 The French star, alone in bed, is captured in a series of Monroe-esque portraits seductively posing alongside her bag.  A modern working woman, relaxing after a hard day with her new favourite purchase, perhaps?  “The Capucines represents the essence of French savoir-faire. I’m very honoured to be the Capucines ambassador, as it’s a handbag I love and wear all the time,” says Seydoux. 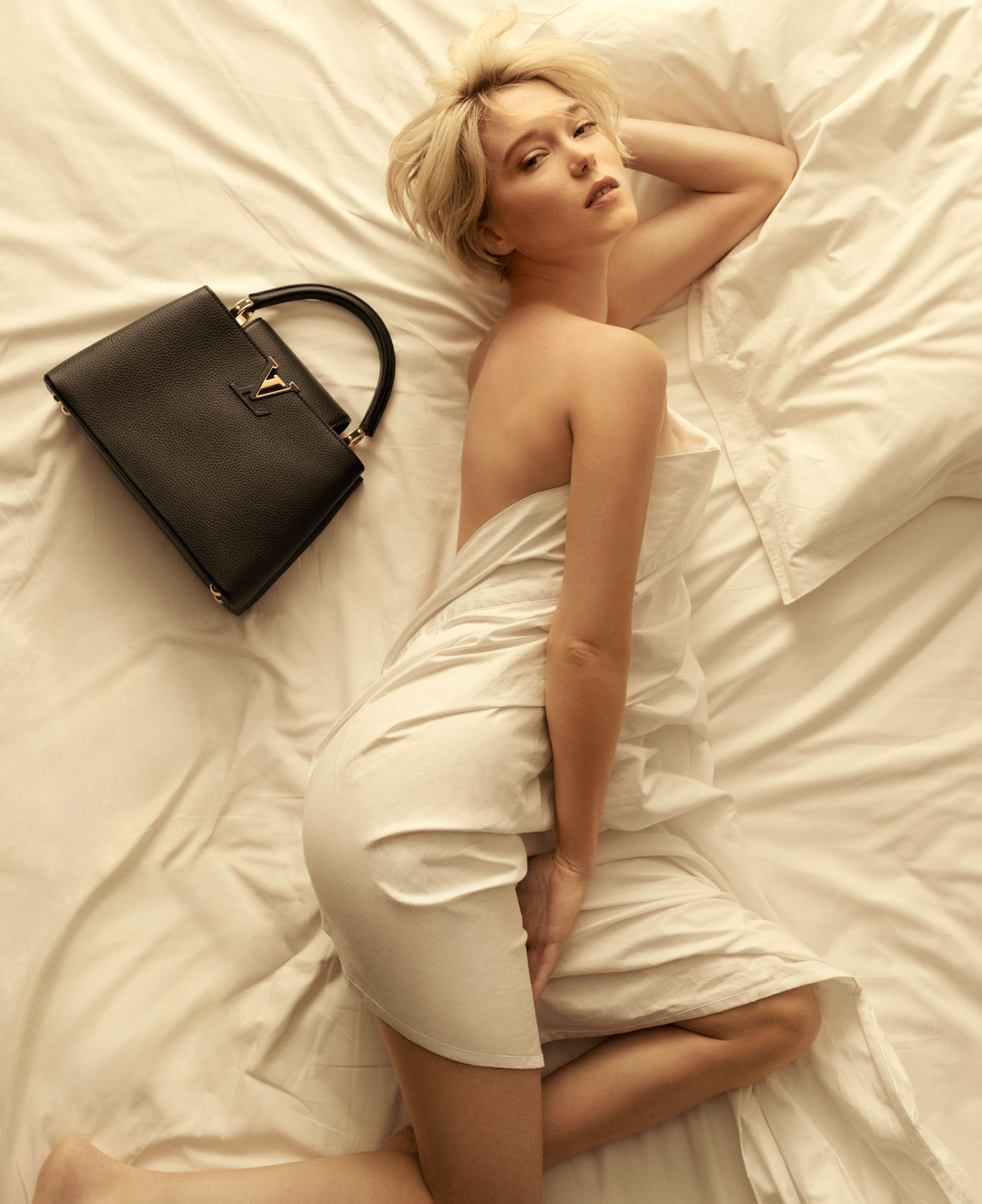 Thoughtfully designed, the bag contains a multitude of crafted elements assembled in hundreds of steps. One of the loves the bag’s many admirers have for it are the unique leathers used that to give the bags their luxurious soft to the touch. With the Capucines being re-imagined every season it has now become simply timeless – it is a life-long companion adorned with signature LV initials, distinctive side rings, and a structured silhouette.  The Capucines is a modern classic.  Just like Léa Seydoux.

Click here to read our last feature on Louis Vuitton. 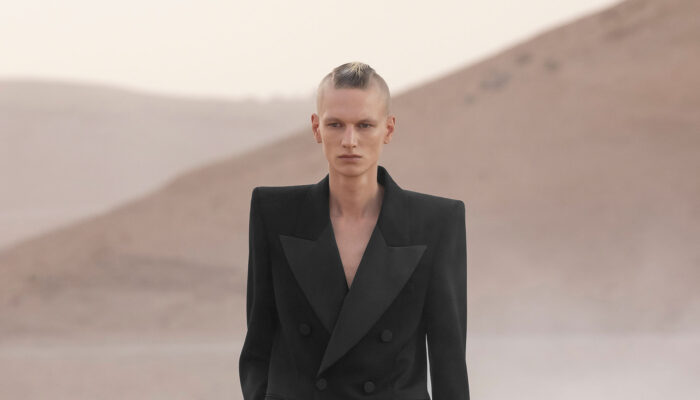 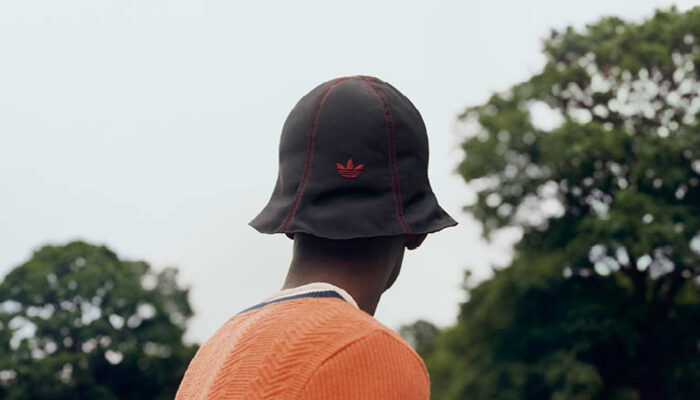 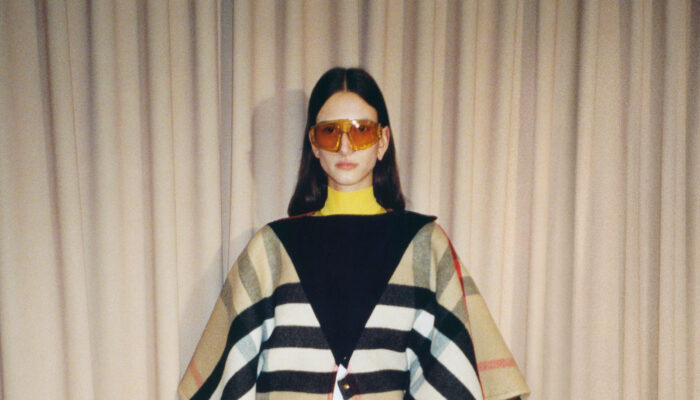 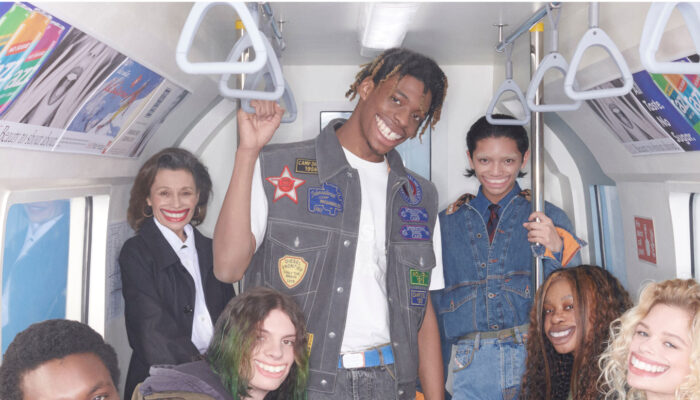 The Balmain Choice with Cara Delevingne 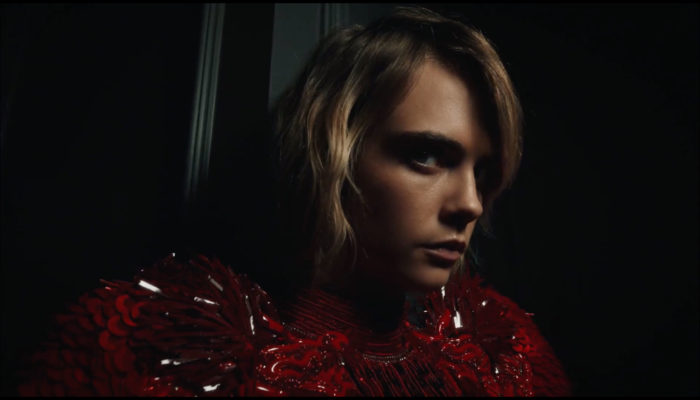