“The Chanel 19 bag is very cool.  I feel slightly cooler when I wear it.  When I grow up I hope to be as cool as the Chanel 19 bag”.  With her tongue firmly in her cheek, fully grown up 26-year-old American actress and former ballerina Margaret Qualley nevertheless betrays the reverence with which the Chanel bag is held in fashion.  Over the years it has gained an almost mythical quality that has become a kind of holy grail to many.  It’s not hard to see why either.  The Chanel 2.55 bag created by Coco Chanel herself in 1955 became an icon of sought-after luxury fashion at the time.  Now the new 19 bag – coined after the year of its birth, 2019 – is set to follow in its predecessor’s footsteps. 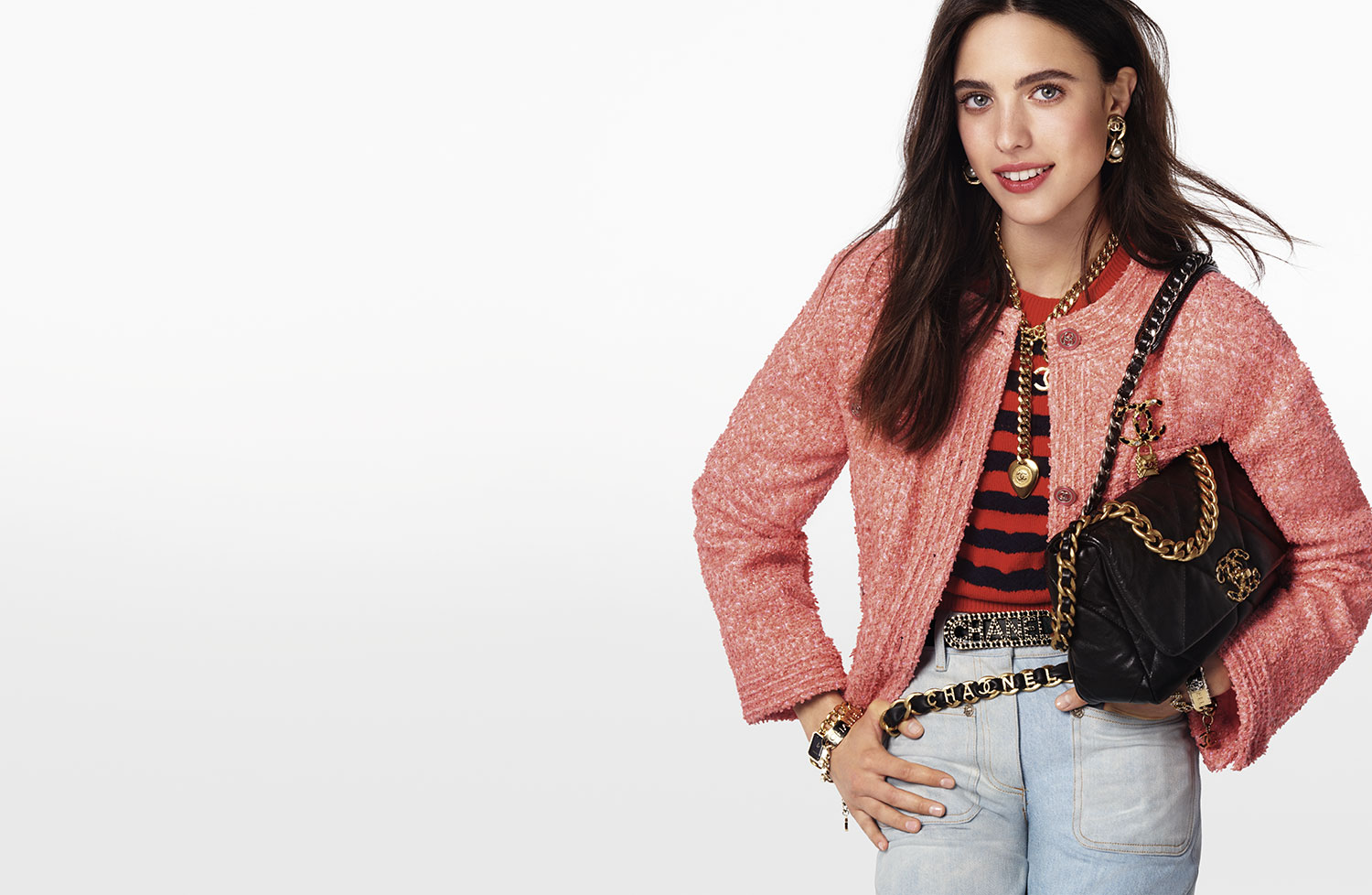 As if the new campaign for the 19 bag needed any more gravity to it, film director Sofia Coppola, a Hollywood icon herself, has been drafted in by creative director Virginie Viard to film the campaign shorts featuring the aforementioned Qualley, Canadian actress Taylor Russell and celebrated French actress Marine Vacth.  Each actress had obviously been chosen to represent the different styles and personalities of the Chanel customer and each one was filmed in Coppola’s signature style with a different version of the 19 to reinforce that point.  When it came to the campaign images the icon quotient went up yet another level with the addition of Steven Meisel behind the camera lens.

I wanted to show how Chanel is so classic it can work with many personalities, and is great to show on different women.  I love how Steven shoots women and how he has captured each of their personalities, Margaret is exuberant, Taylor is bright and full of energy and Marine is an elusive French beauty – Sofia Coppola, director. 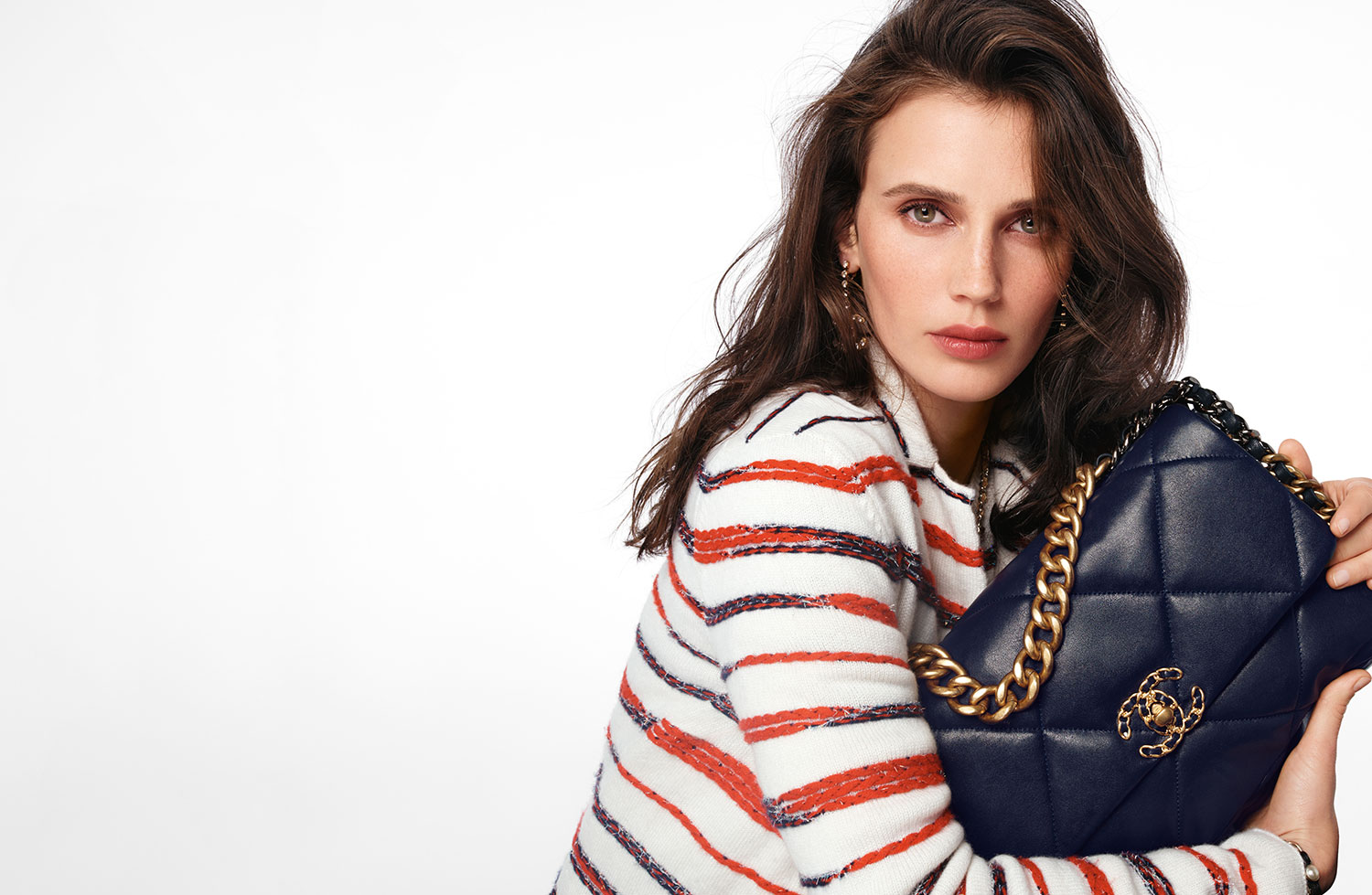 Each of those descriptions could easily be applied to the bags each woman has been shot with.  The signature quilt and interlocking Cs of Qualley and Vacth’s bags are unmistakable from miles away.  With Taylor’s version of the 19 it’s the famous Chanel weave that brings the house down.  As Taylor herself puts it:  “The mood of this campaign feels very buoyant, open, and friendly.  The colours and tones are exceptionally eye-catching and bright and evoke a warmth and playful energy.  It makes you want to smile.”  When a designer is able to engender those kind of uncomplicated emotions from the people on the other side of the checkout til it’s a clear sign of a human connection that firmly marks out Chanel as Viard’s new creative playground after the passing of Karl Lagerfeld.  “Virginie Viard is someone I admire.  Her creations seem to be made for the daily life of women, however different they might be.  I feel free and stronger,” declares Marine Vacth.  Given the new 19 campaign, who would argue with her? 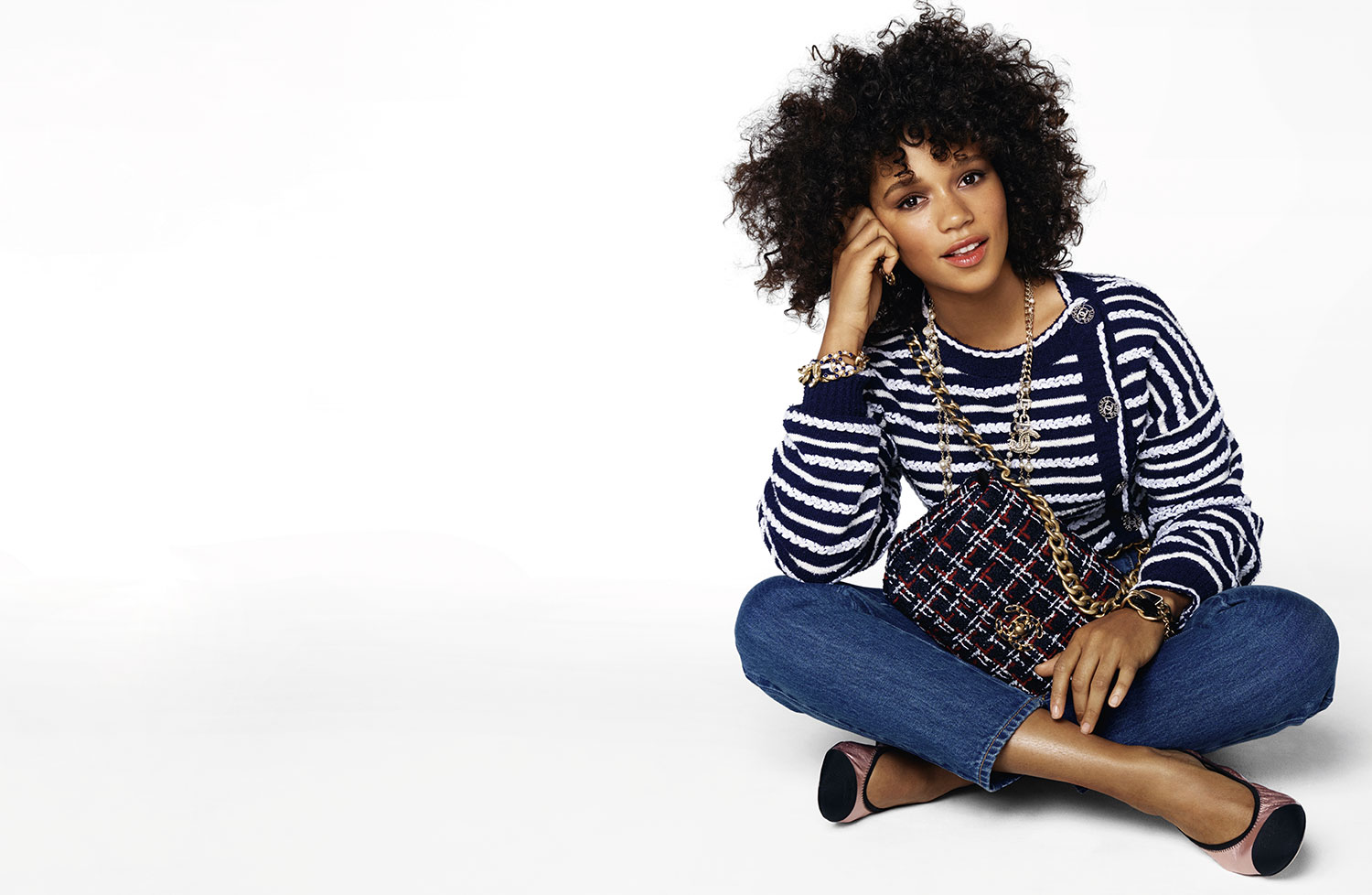